Yesterday morning, we left the hotel in Inverness and drove down the Great Glen to Fort William. The purpose of the drive was so we could catch the steam train out to Mallaig. The scenery and history of the Great Glen are not to be missed. I had picked up a leaflet on the Great Glen Way and so was able to watch for some of the more obscure things along the way. All in all, it was a fascinating ride through history. My history. I am a Macdonald. This was my clan's land.

Our first point of interest, of course was Loch Ness. I remember the first time I saw the Loch. I was confused. Living near the Great Lakes in Ontario, I had never been to a lake I could see across and find land on the opposing side! The Great Lakes are like standing at the seaside. Nothing on the horizon but water. HOW could a monster possibly live in this wee loch?

However, driving the length of it yesterday, I was impressed at how long it really is. Maybe not wide, but several miles in length. And the scenery of course is impressive. 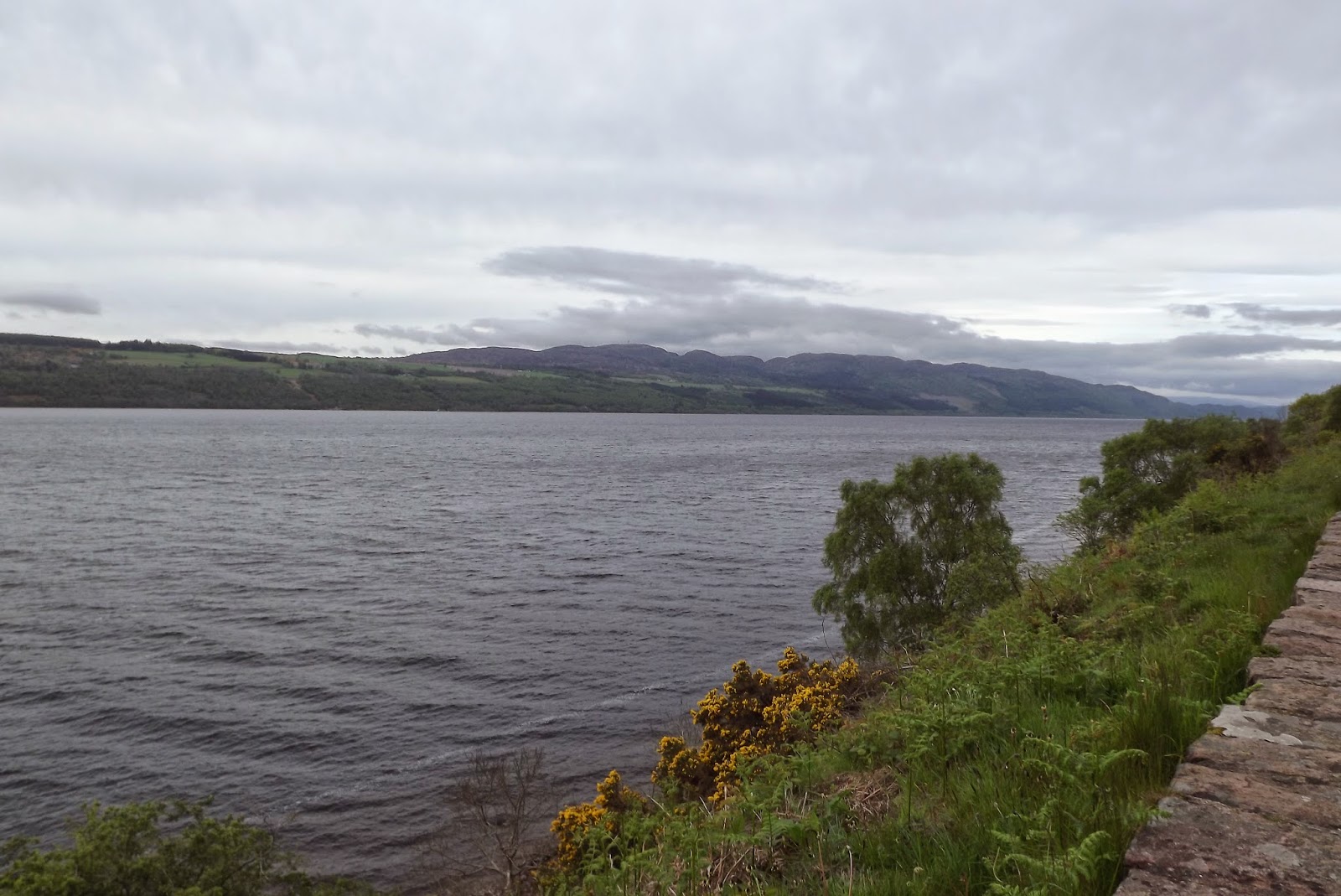 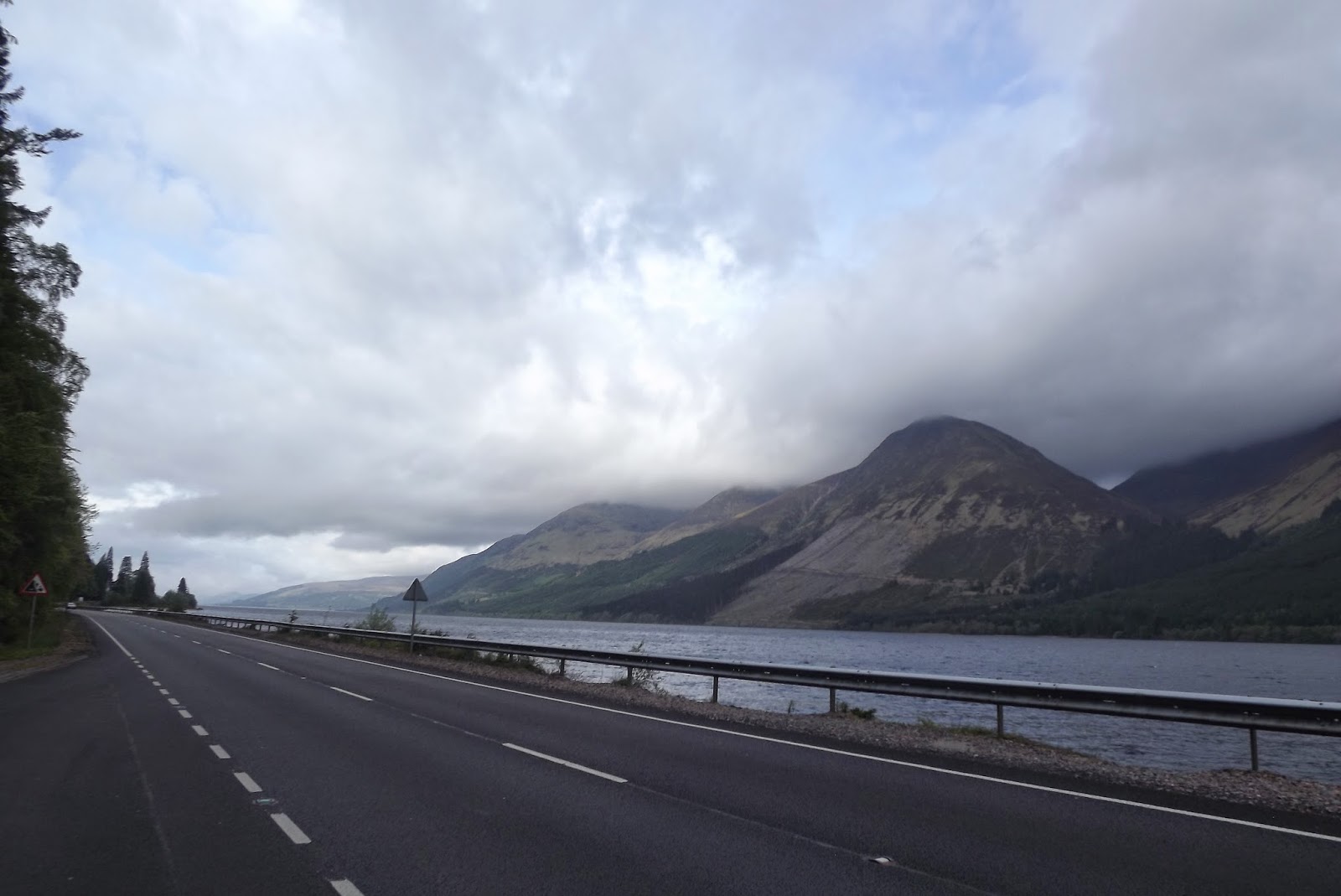 From Loch Ness, we came across the Commando Memorial Monument just outside Spean Bridge: 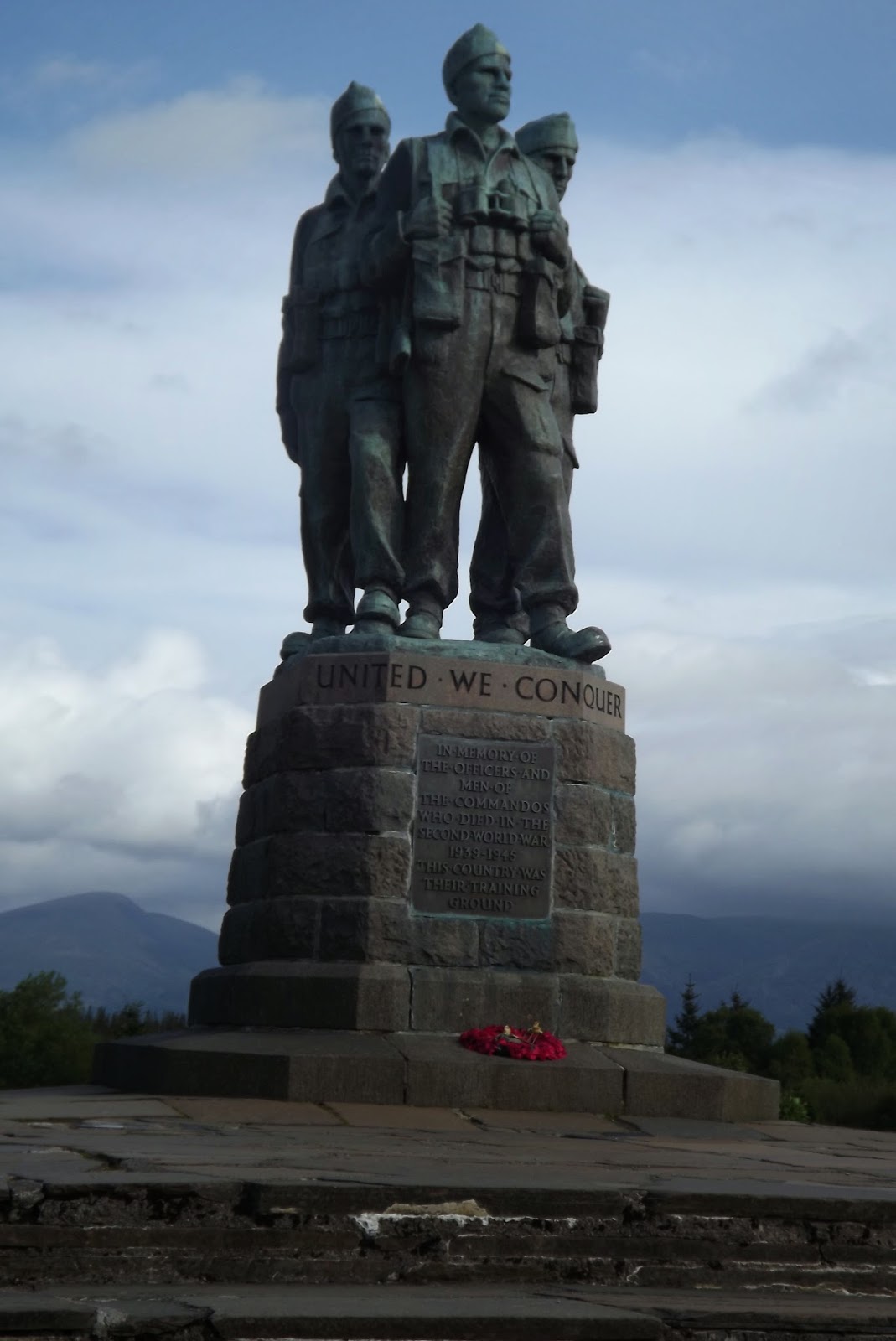 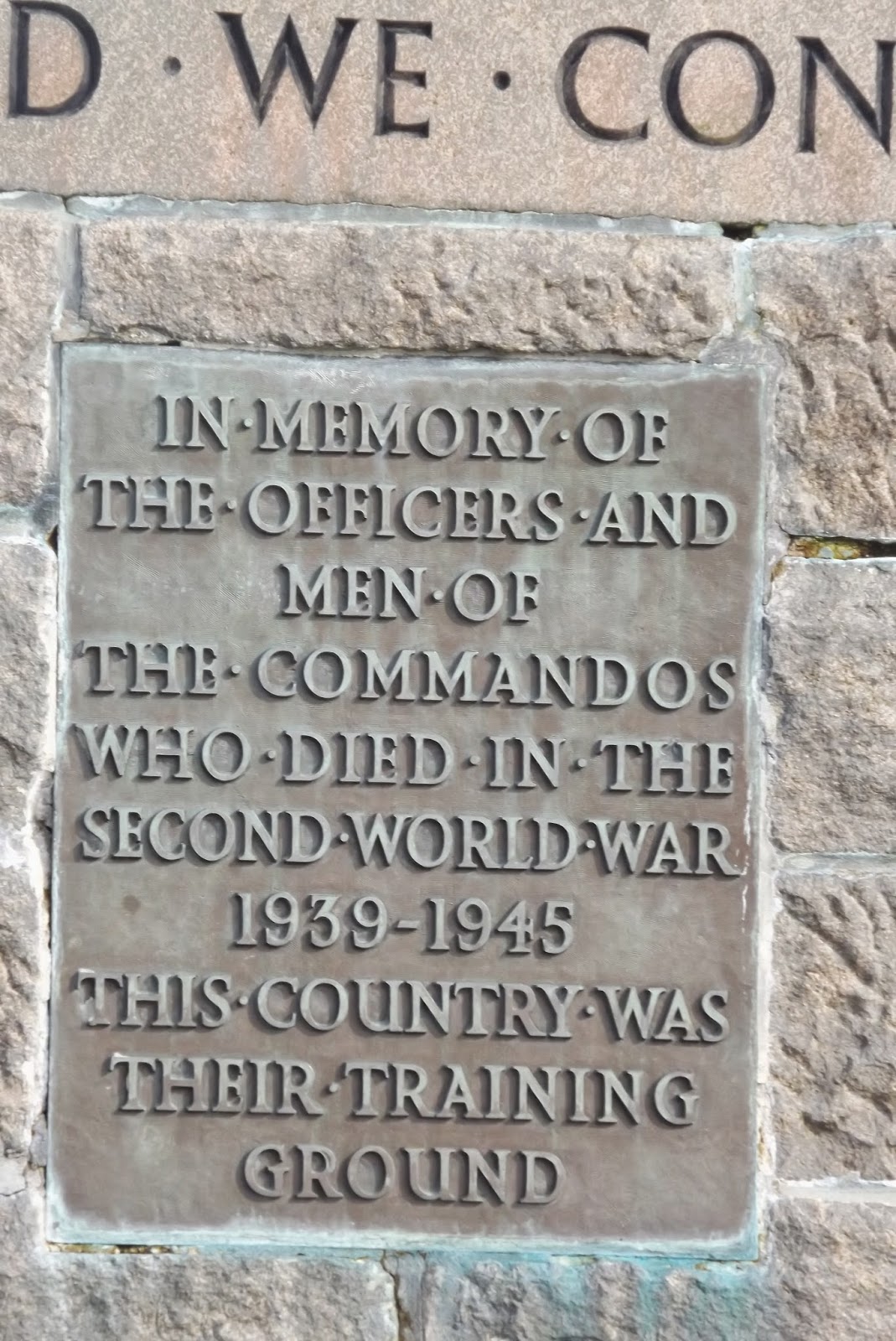 In addition to the monument, there is a memorial area where people can leave tributes to the fallen. 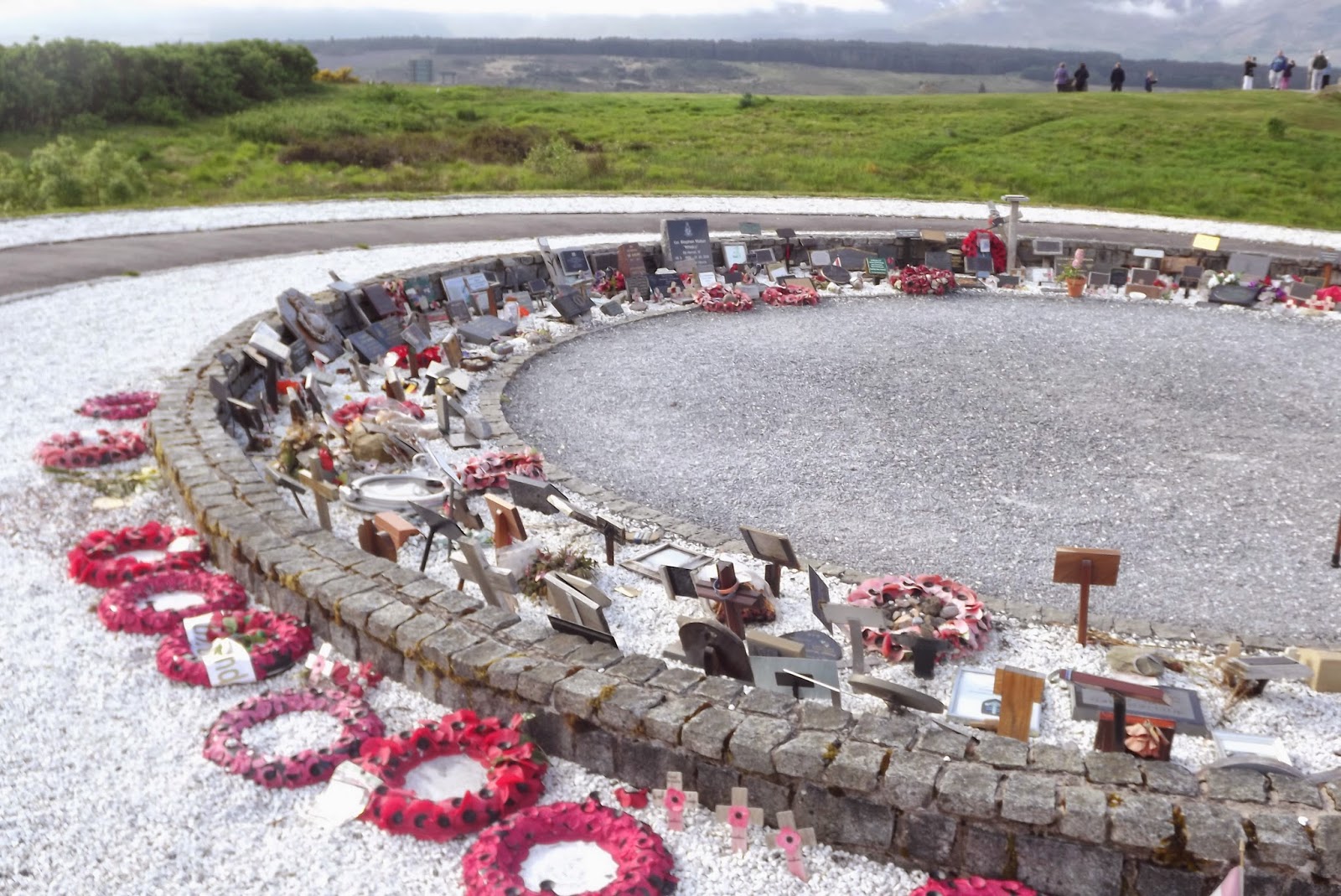 And a place to scatter the ashes of other soldiers who have died: 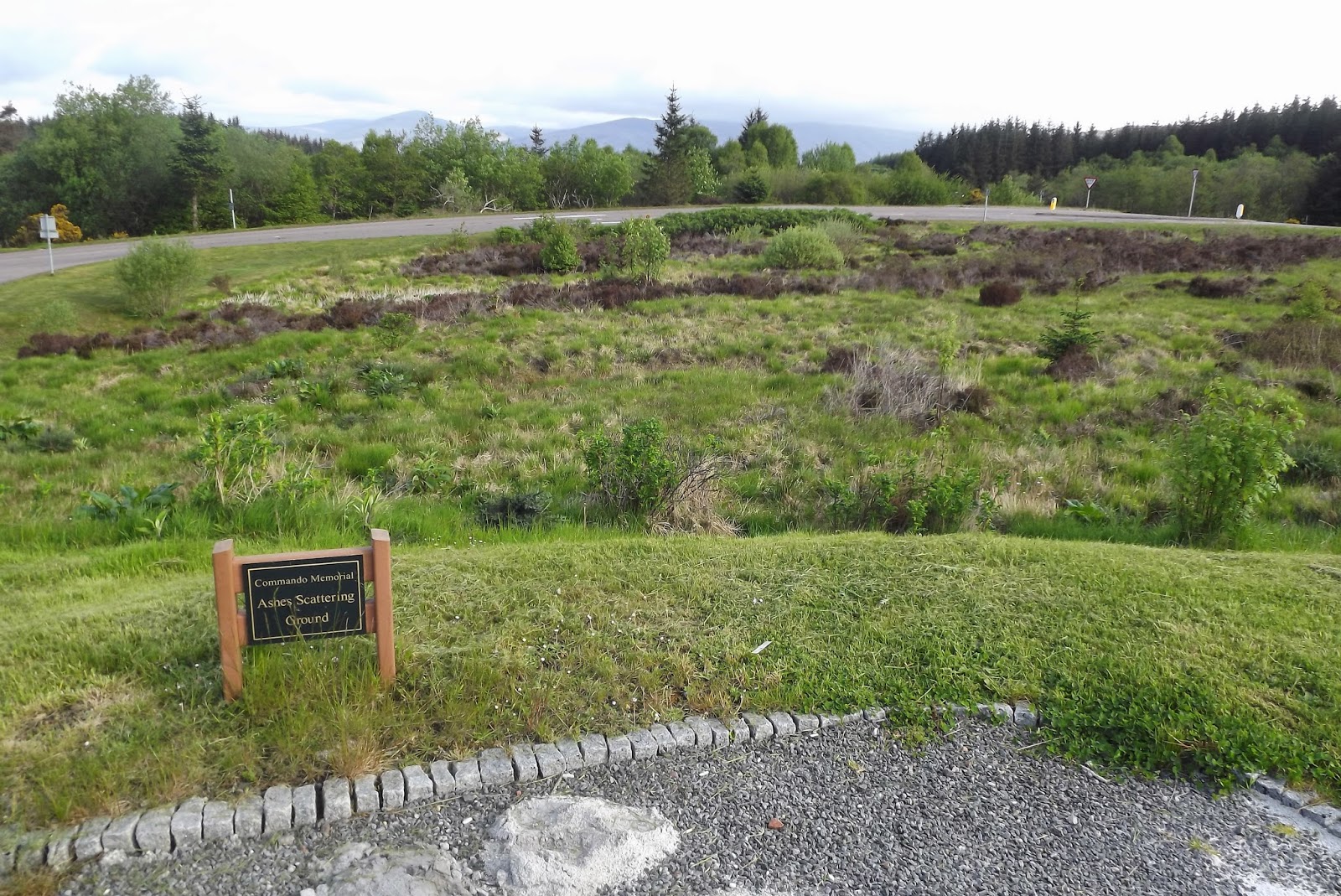 And, being in the highlands, there were sheep to get to know: 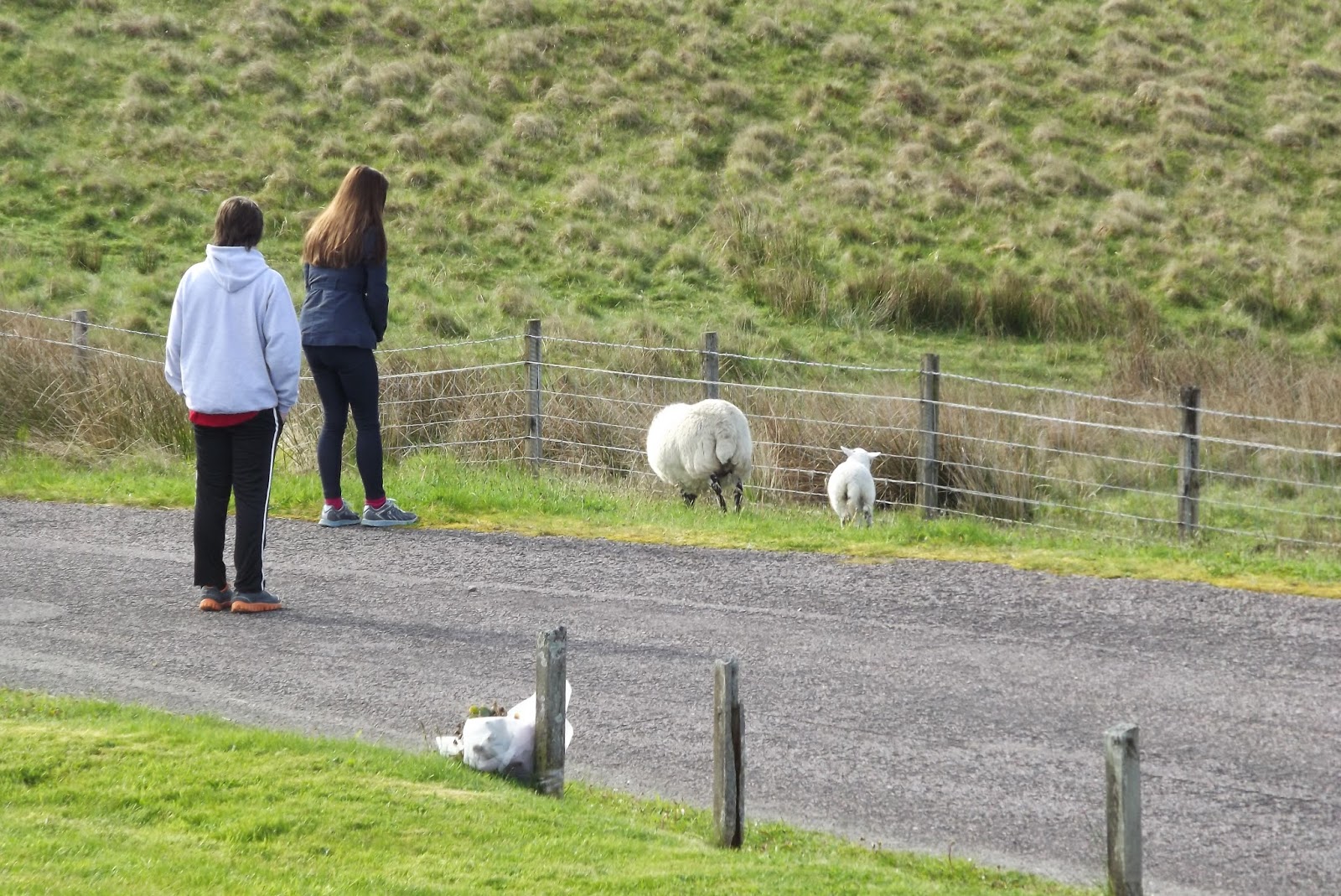 From Spean Bridge, we made our way directly into Fort William and onto the Steam Train. When we returned, we were able to stop and see some other places of interest: 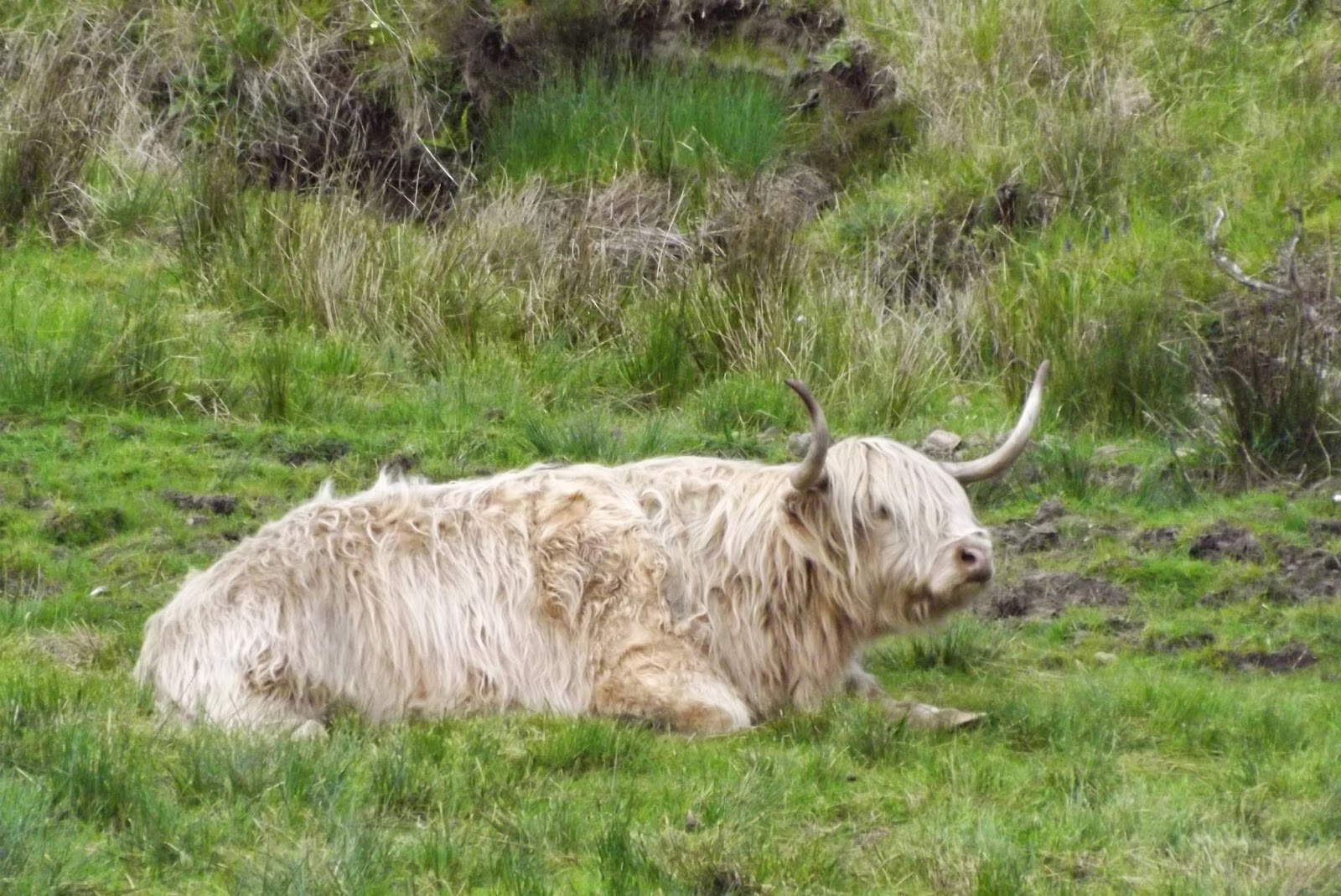 The Well of the Seven Heads: 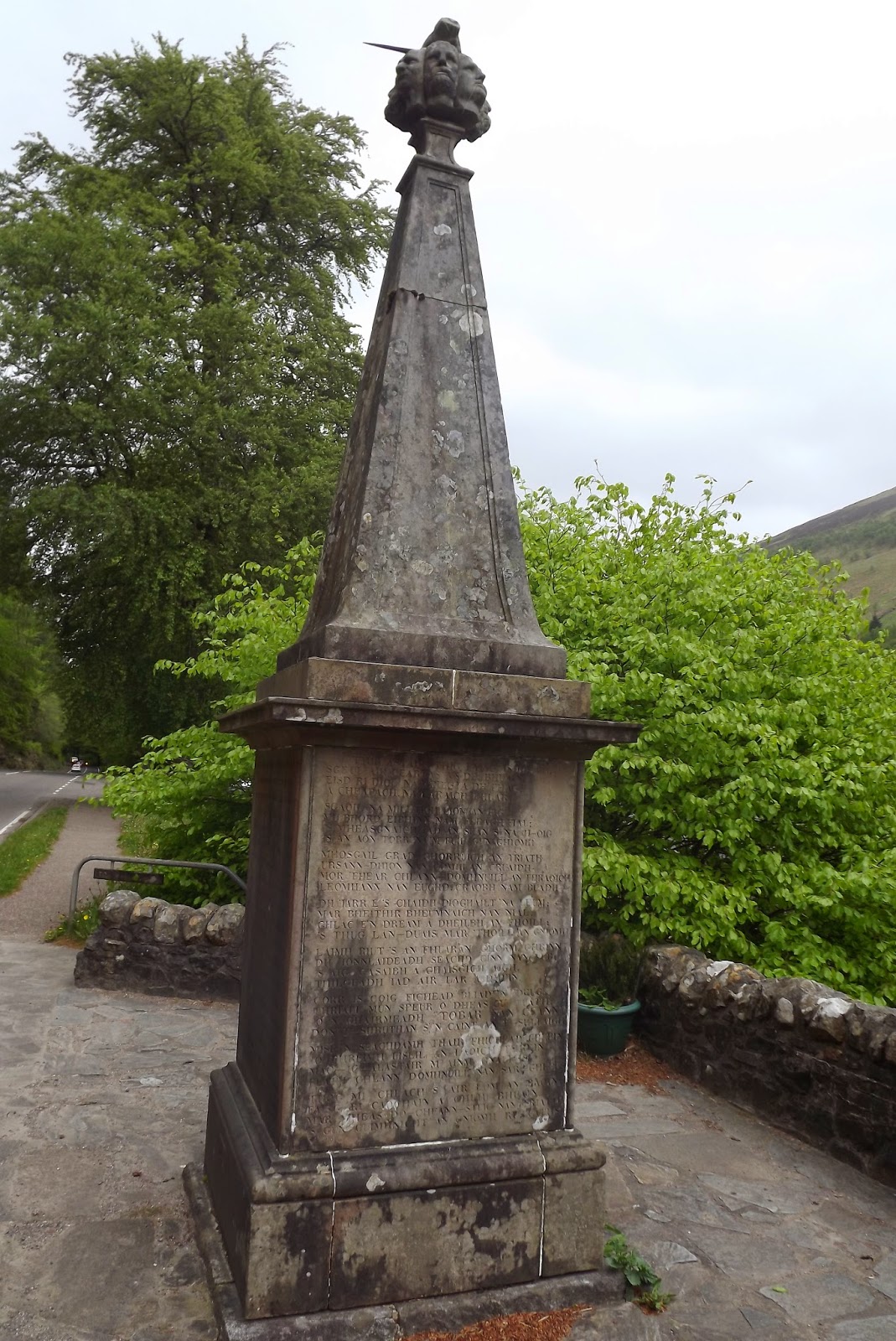 This monument was erected in 1810 to commemorate a particularly bloody incident in the history of Clan Donald in 1663 when the murders of Alisdair and Ranald MacDonnell of Keppoch were avenged with the beheading of their uncle, Alisdair Bhuode of Inverlair and his six sons. The death of these seven men had been ordered by Sir James of on Skye. The severed heads were turned over to Iain Lom, kinsman to the MacDonnell brothers. Once Iain had the heads, he wrapped them in his plaid, rode them to this spot in Loch Oich and washed the blood off them before sending the heads to Edinburgh to be fixed to the gallowes at the east end of the capital city. This monument was erected as a reminder to the bloody history between warring clans.
Invergarry Castle, ancient seat of the MacDonells: 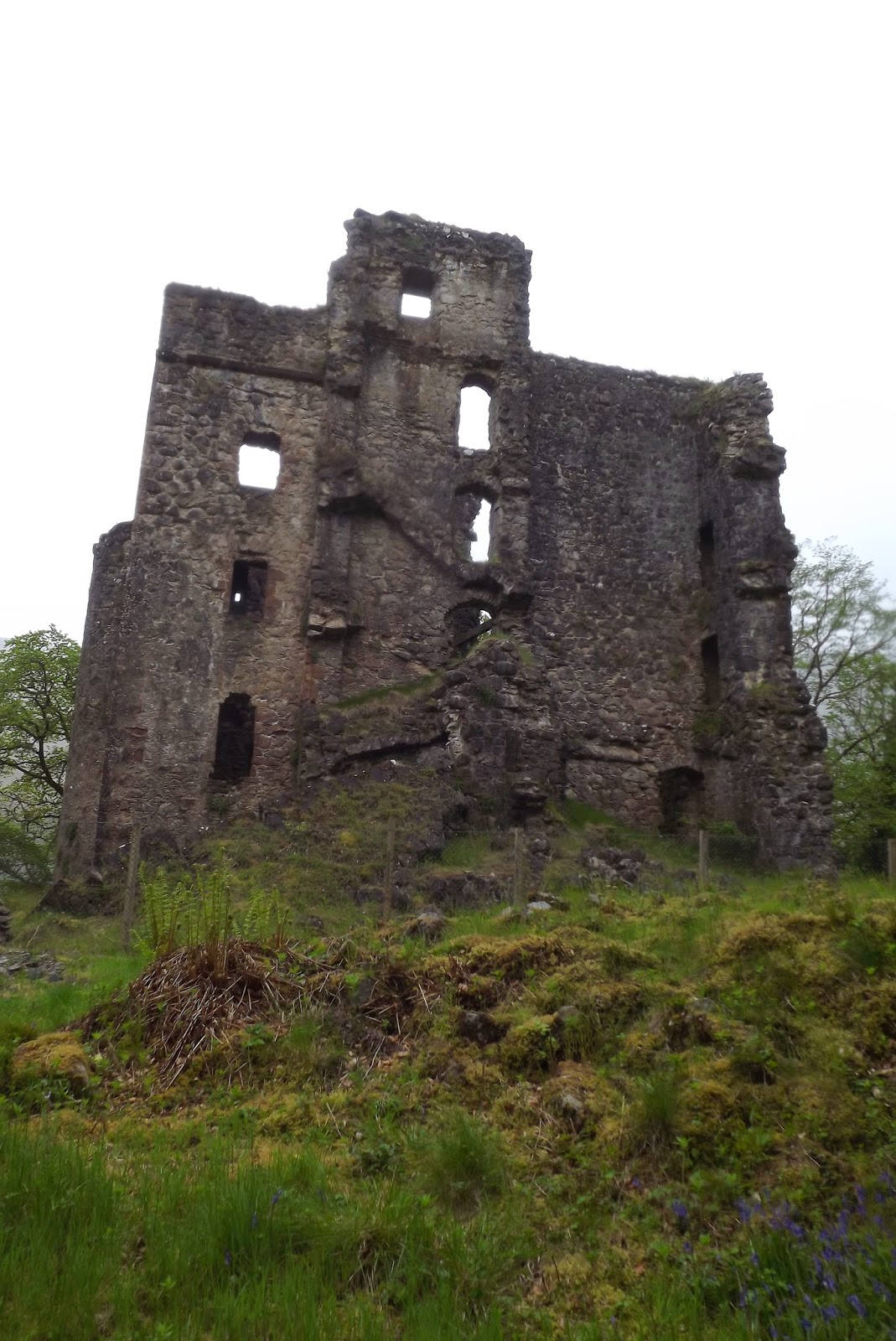 Posted by Christine Woodcock at 22:03