This Calton Burial Ground was established in 1787 by the Calton Incorporation of Weavers. The cemetery is also referred to as the Weaver's Cemetery. 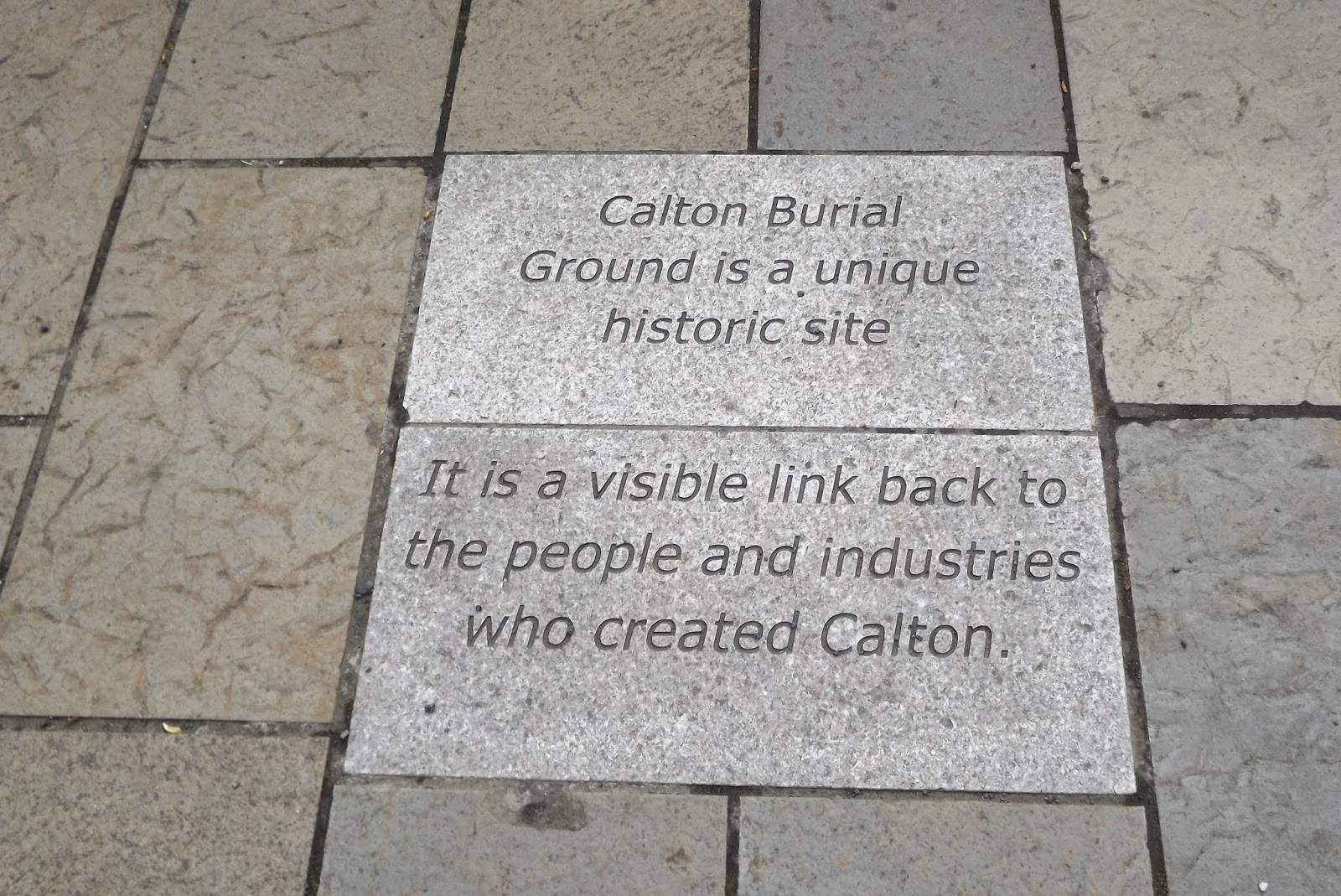 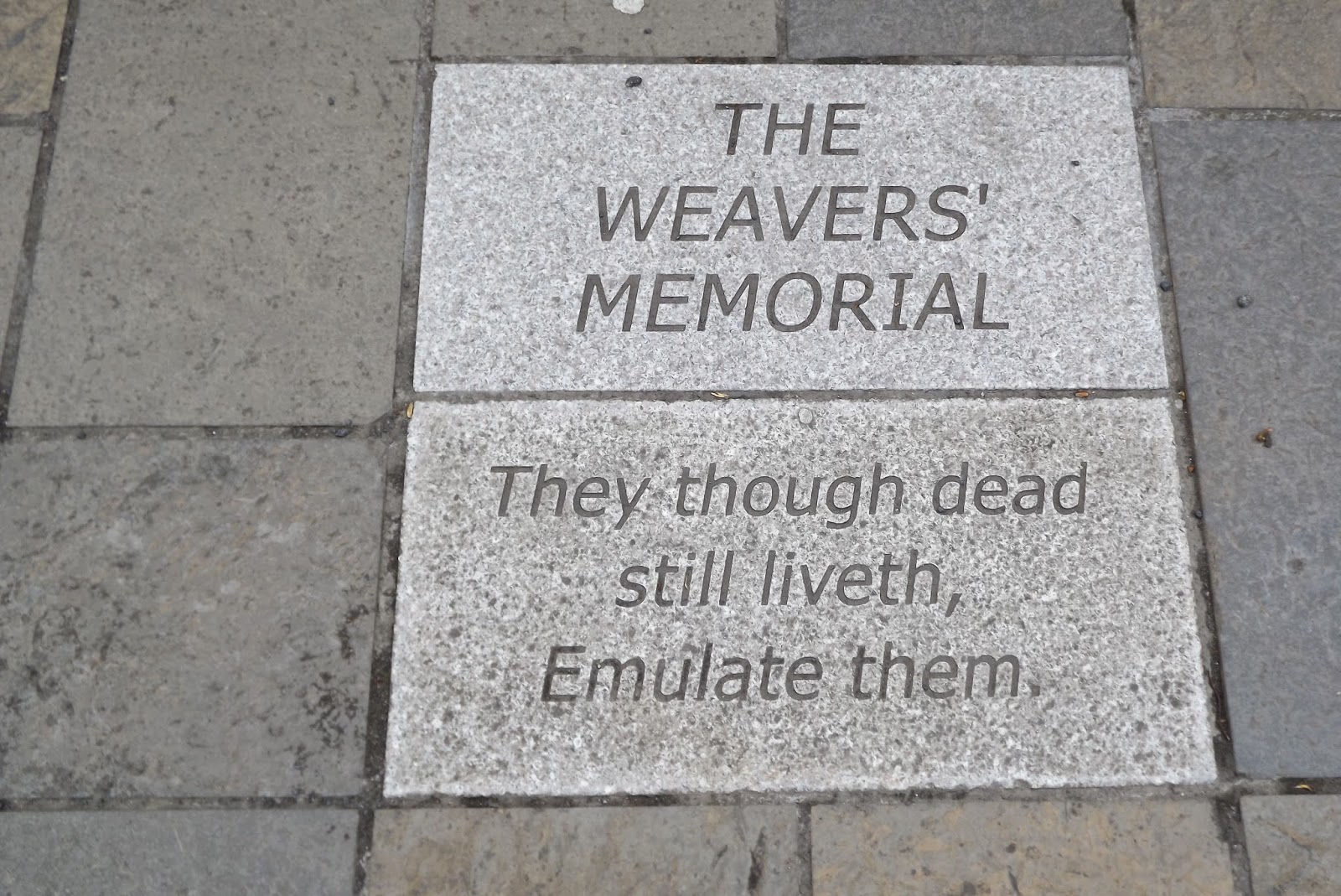 One month after the opening of the cemetery, there was a deadly incident involving weavers. The East India Company was importing cheap Indian muslins, causing the price of Scottish cloth to drop. This then saw the weaver's pay being cut accordingly. In June 1787, Manufacturers announced a further cut in pay. A strike ensued.

On September 3, 1787, thousands of protesting weavers gathered in Glasgow Green and resolved not to work for starvation wages. The Lord Provost of Glasgow learned of the rally. He and his magistrates showed up at the Green to intervene and quell the crowds, but were immediately pelted by rocks, thrown from the gathering crowd. The magistrates then sent soldiers of the 39th Regiment of Foot who were sent to quell the crowd of protesting workers. The soldiers fired into the crowd, killing three weavers and seriously injuring three others. Over 6,000 people attended the funeral for these men. 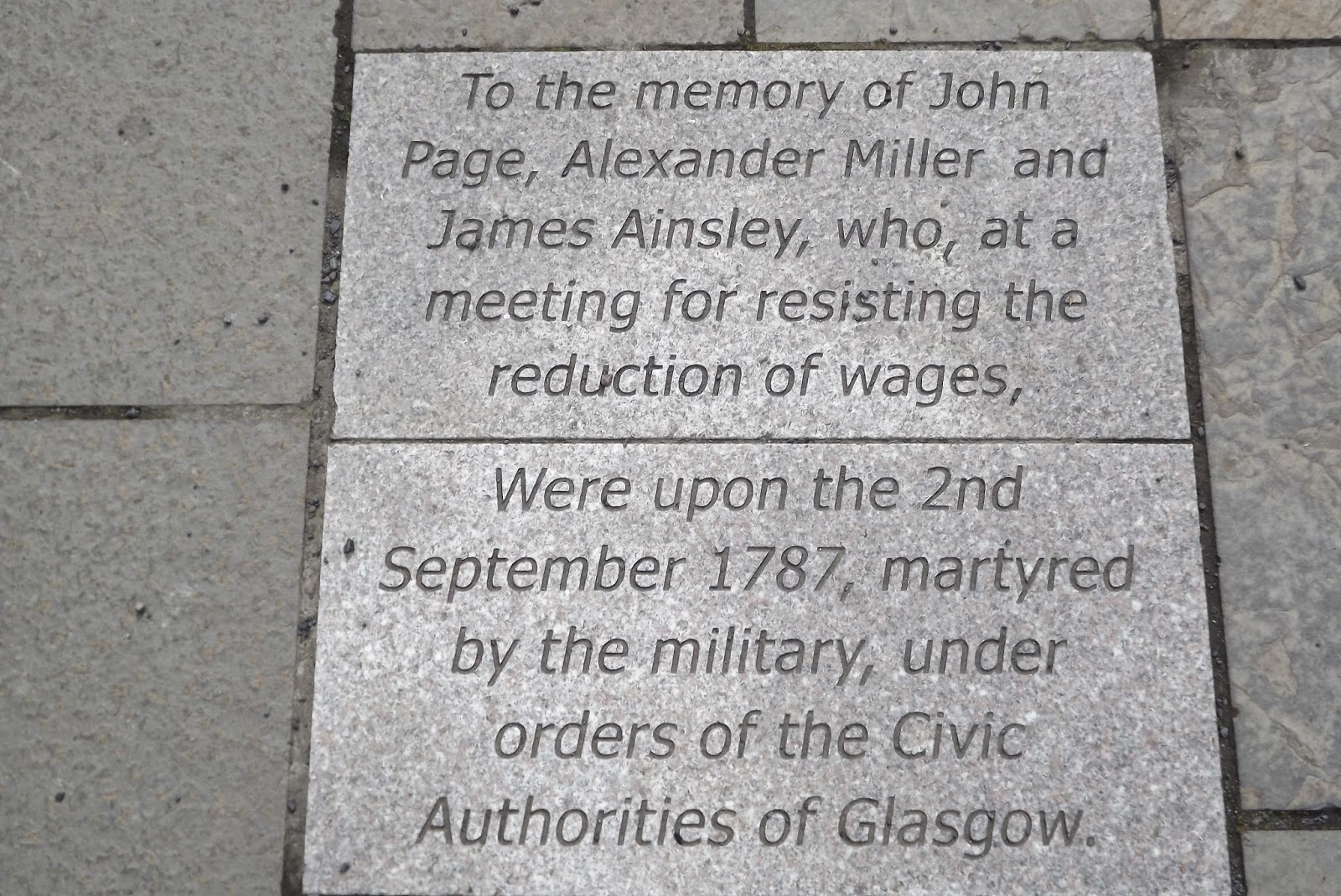 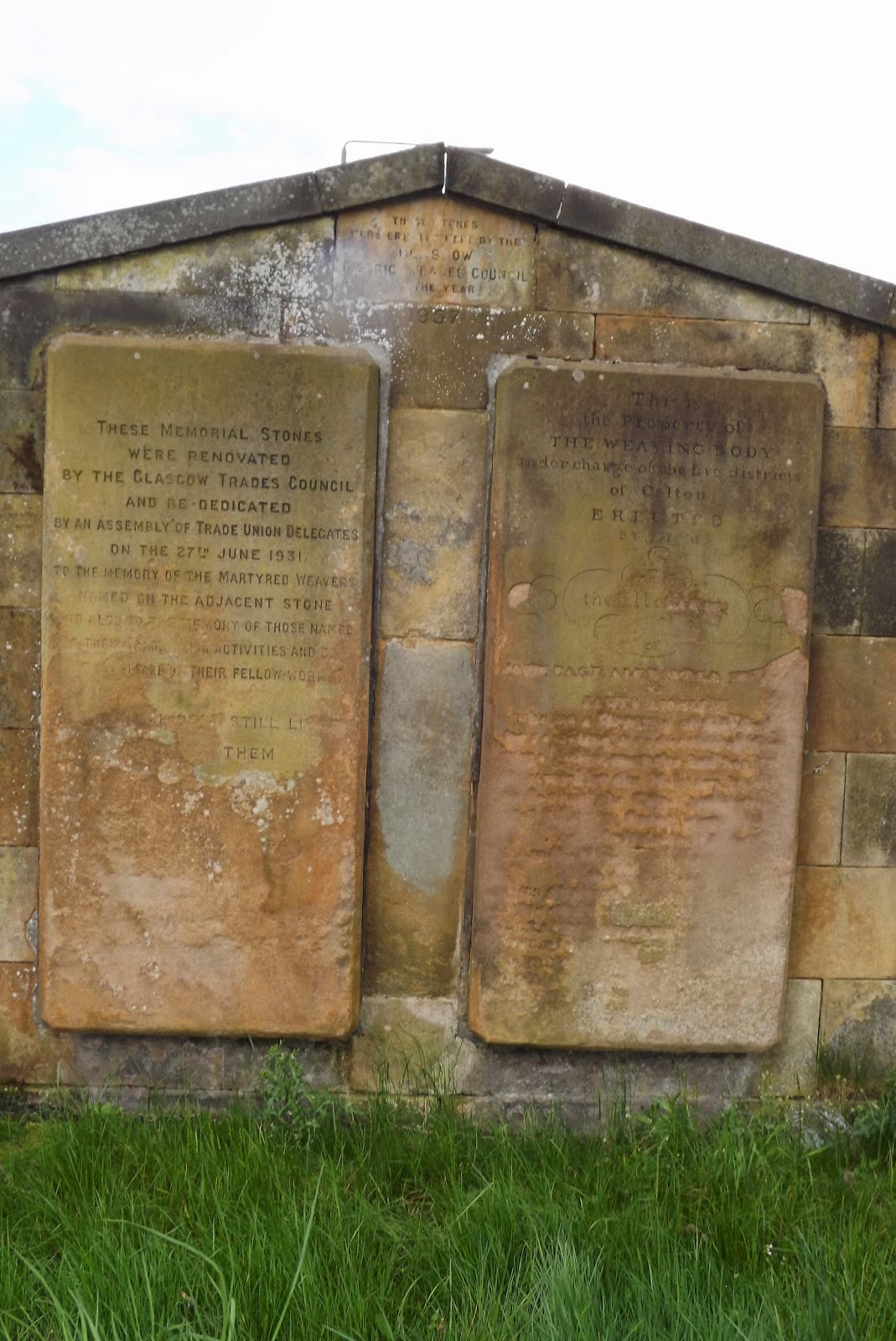 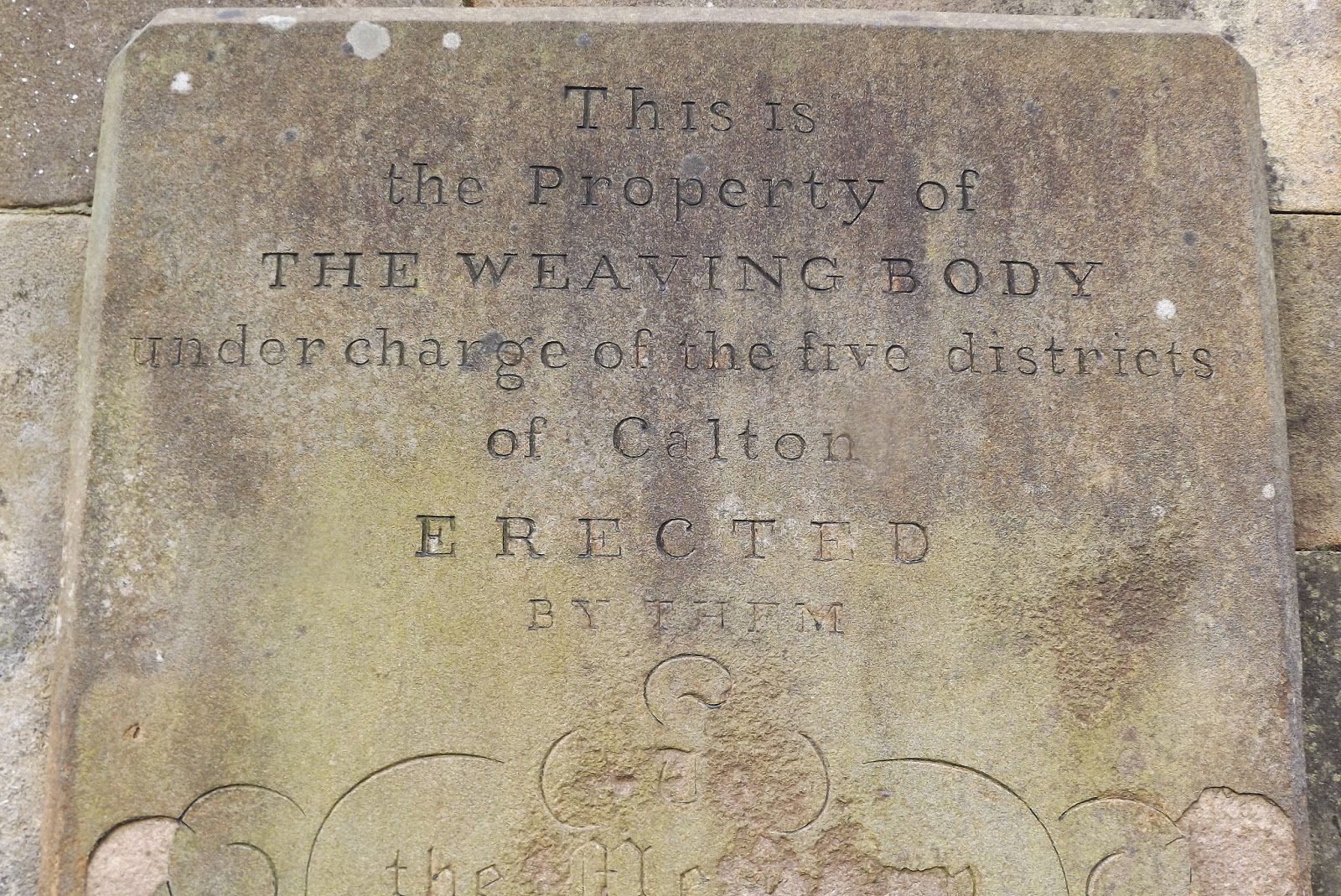 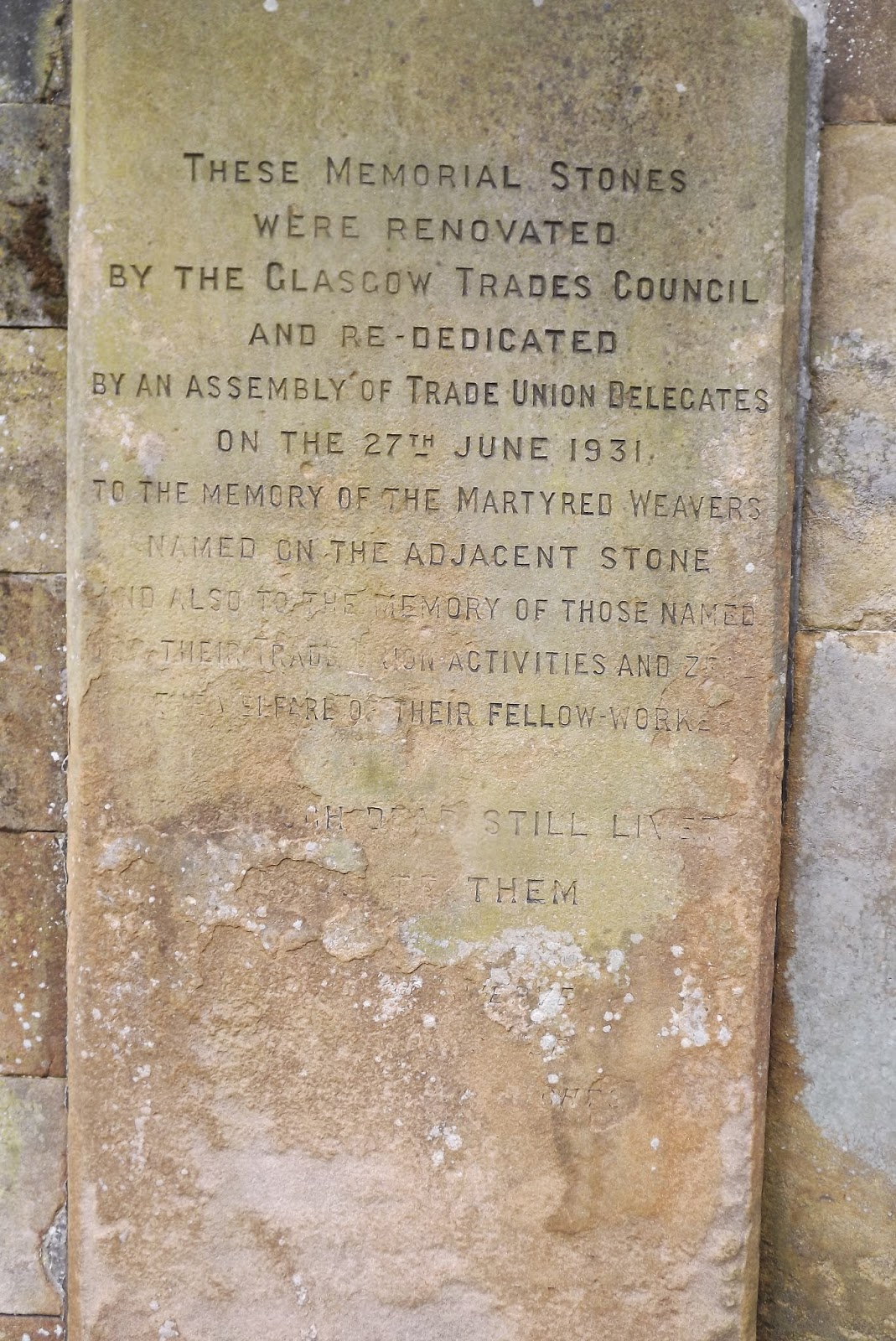 Weavers stone tells the tale of the three weavers (John Page, Alexander Miller and James Ainsley) who were killed during a protest for better wages.


When upgrades and maintenance were done on the cemetery in 2010, these stones were placed along a walkway to commemorate the weavers of Calton and the importance of their place in 's history 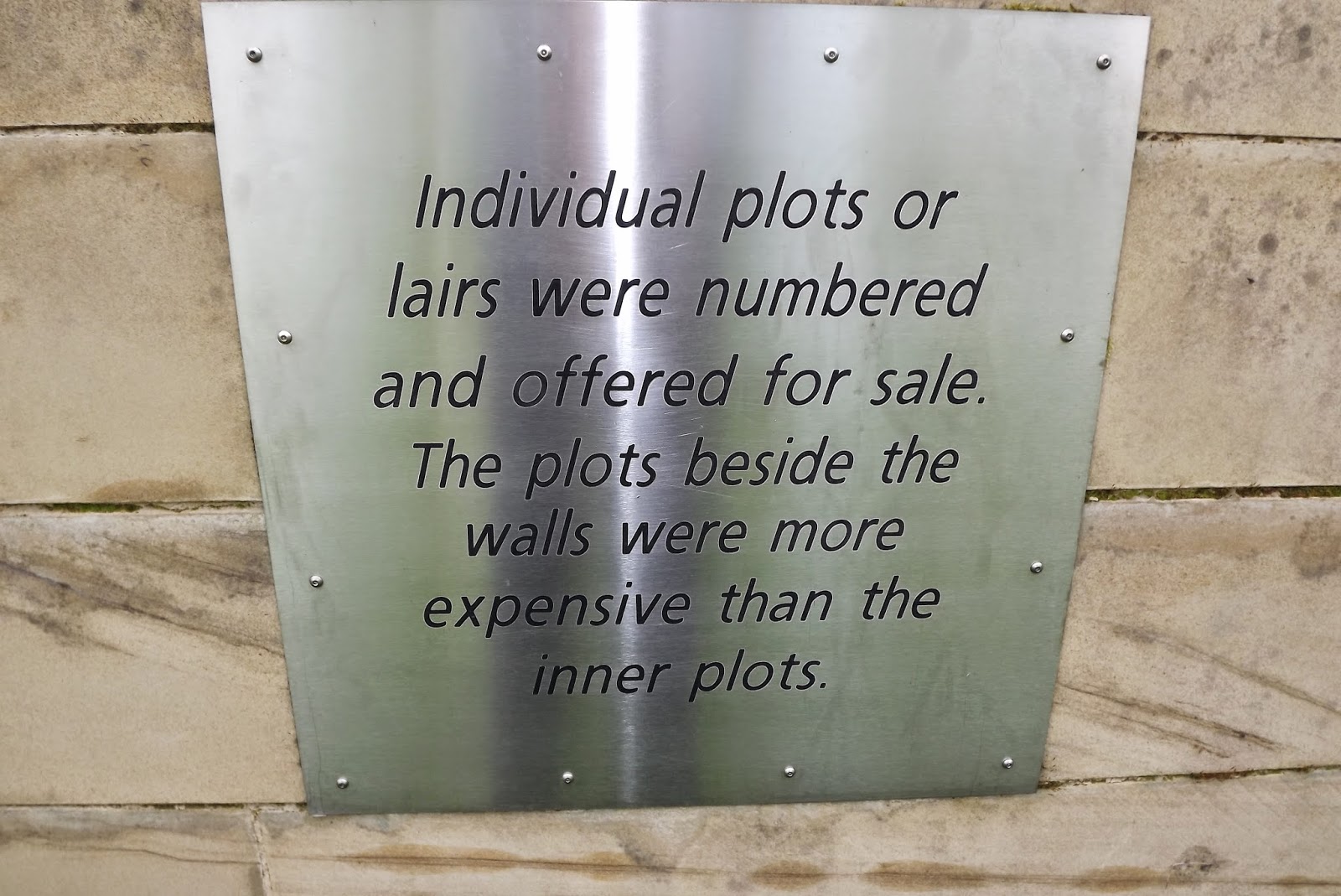 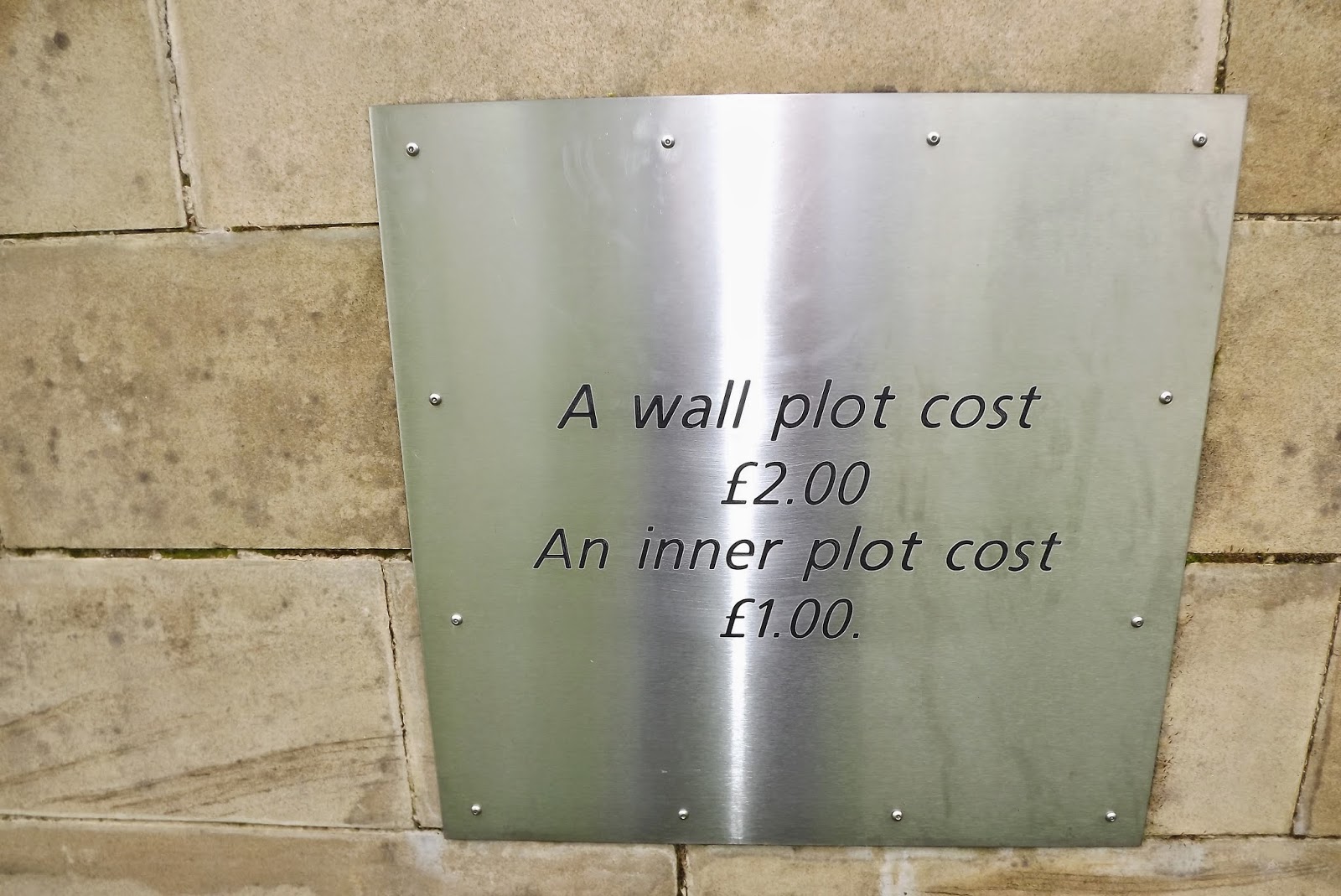 There are a number of very interesting old stones in the cemetery: 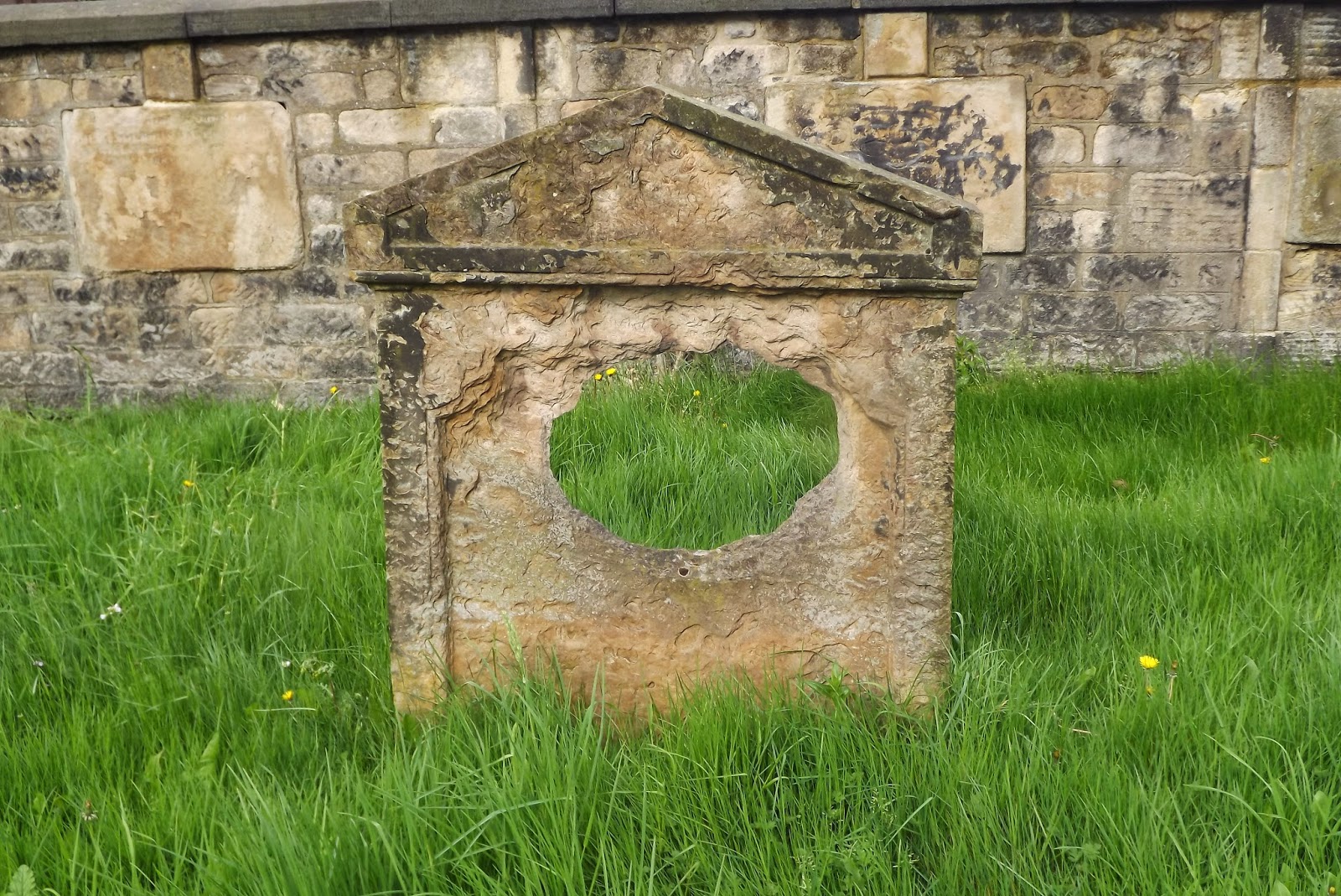 A tomb with a view? 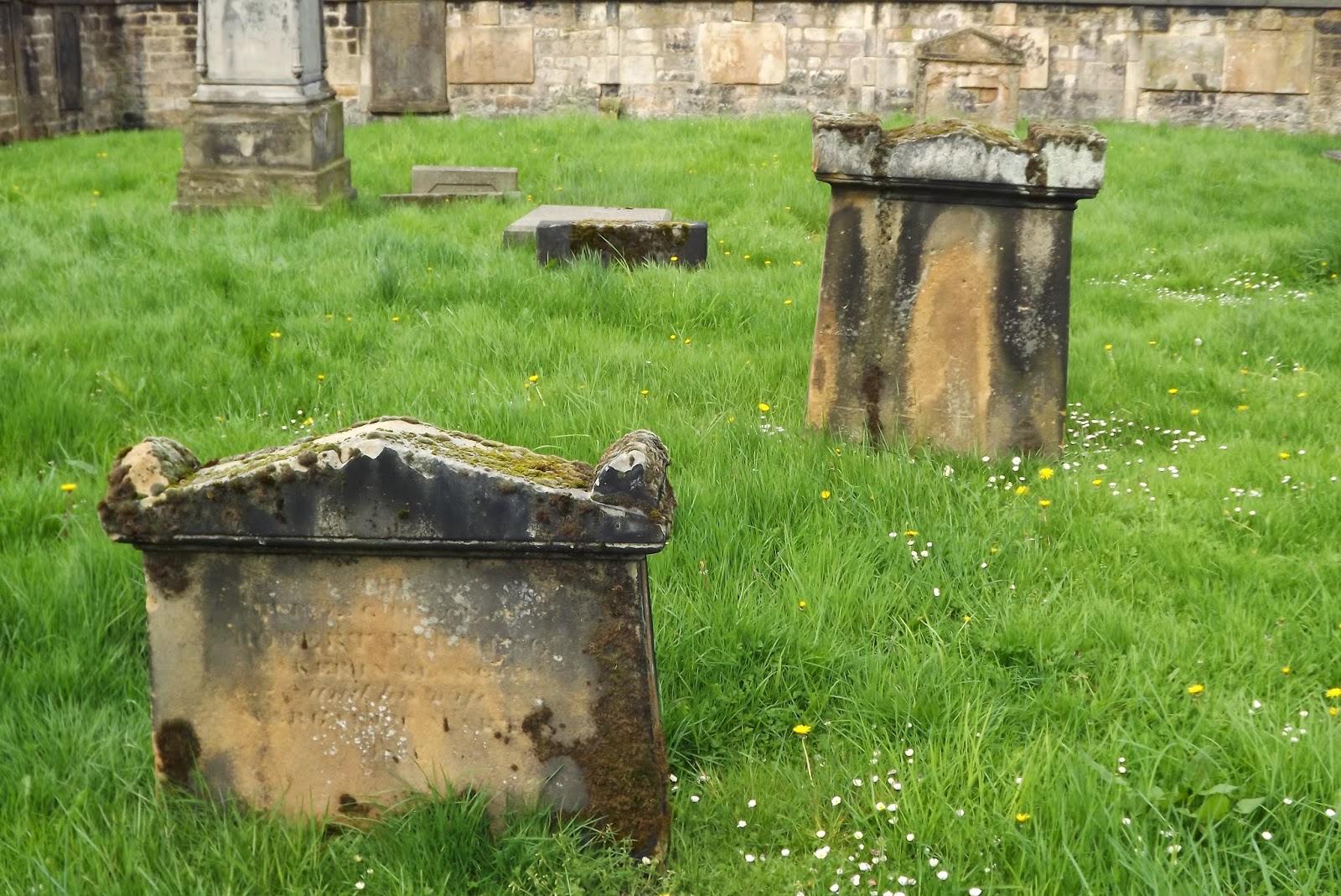 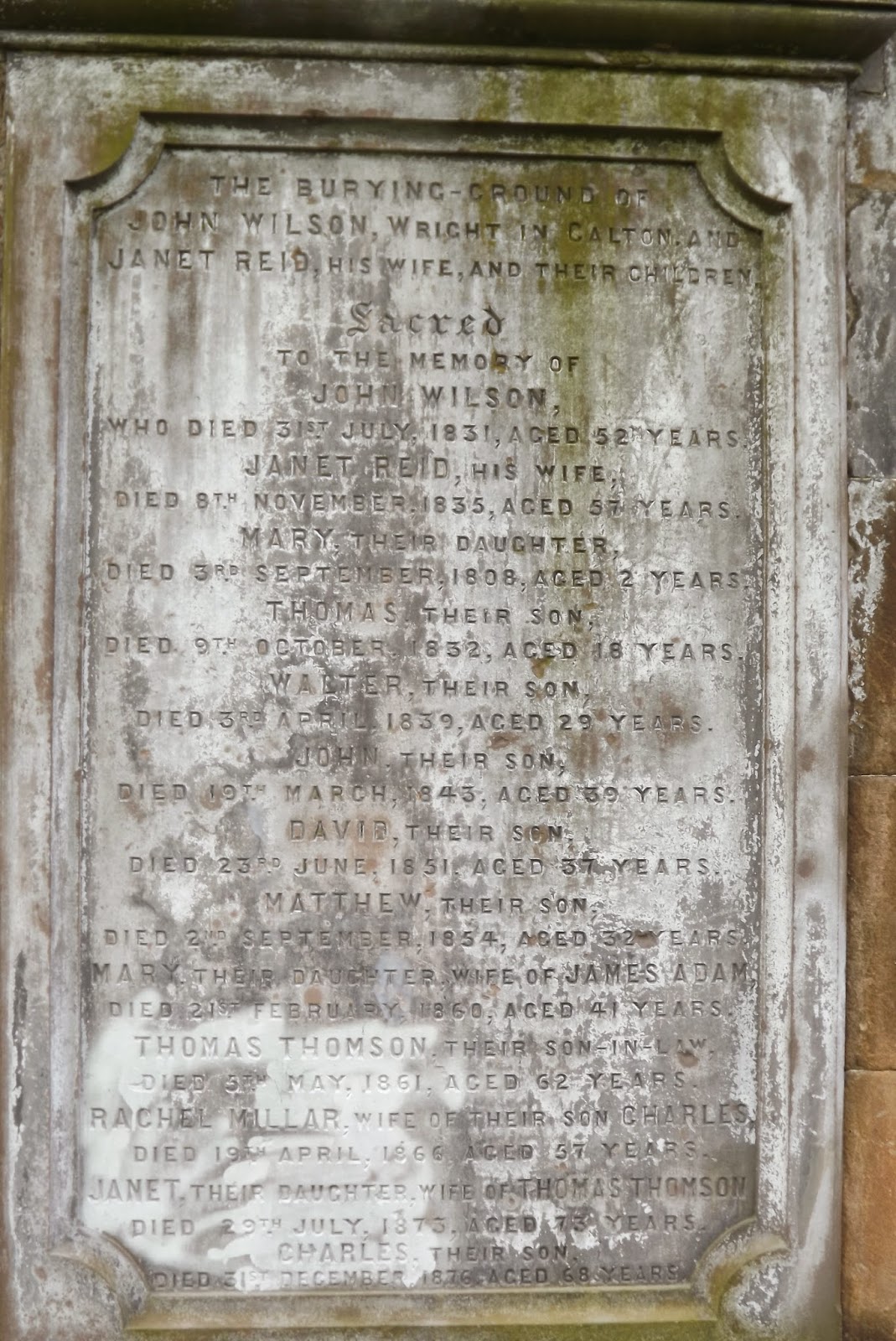 A wealth of genealogical information 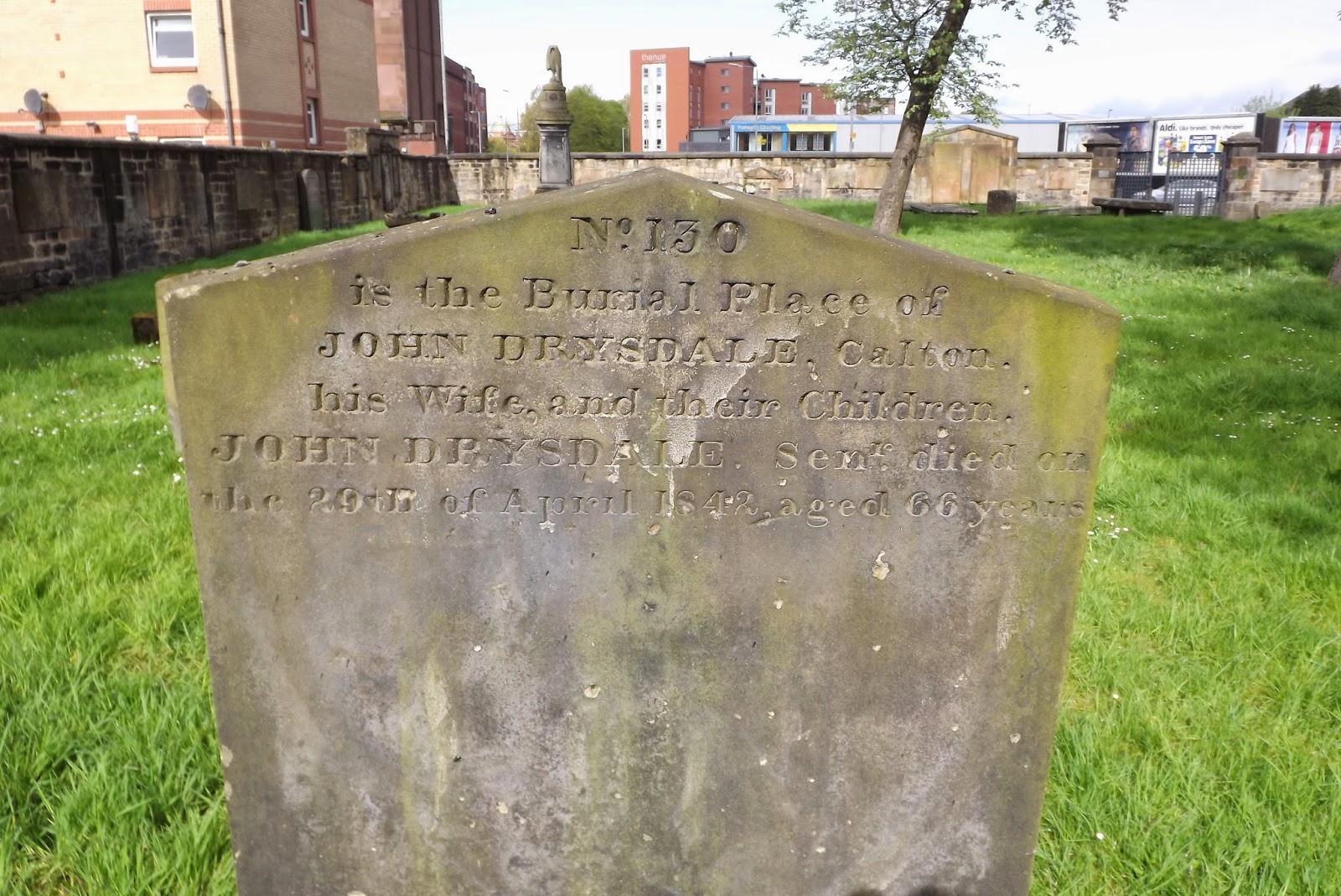 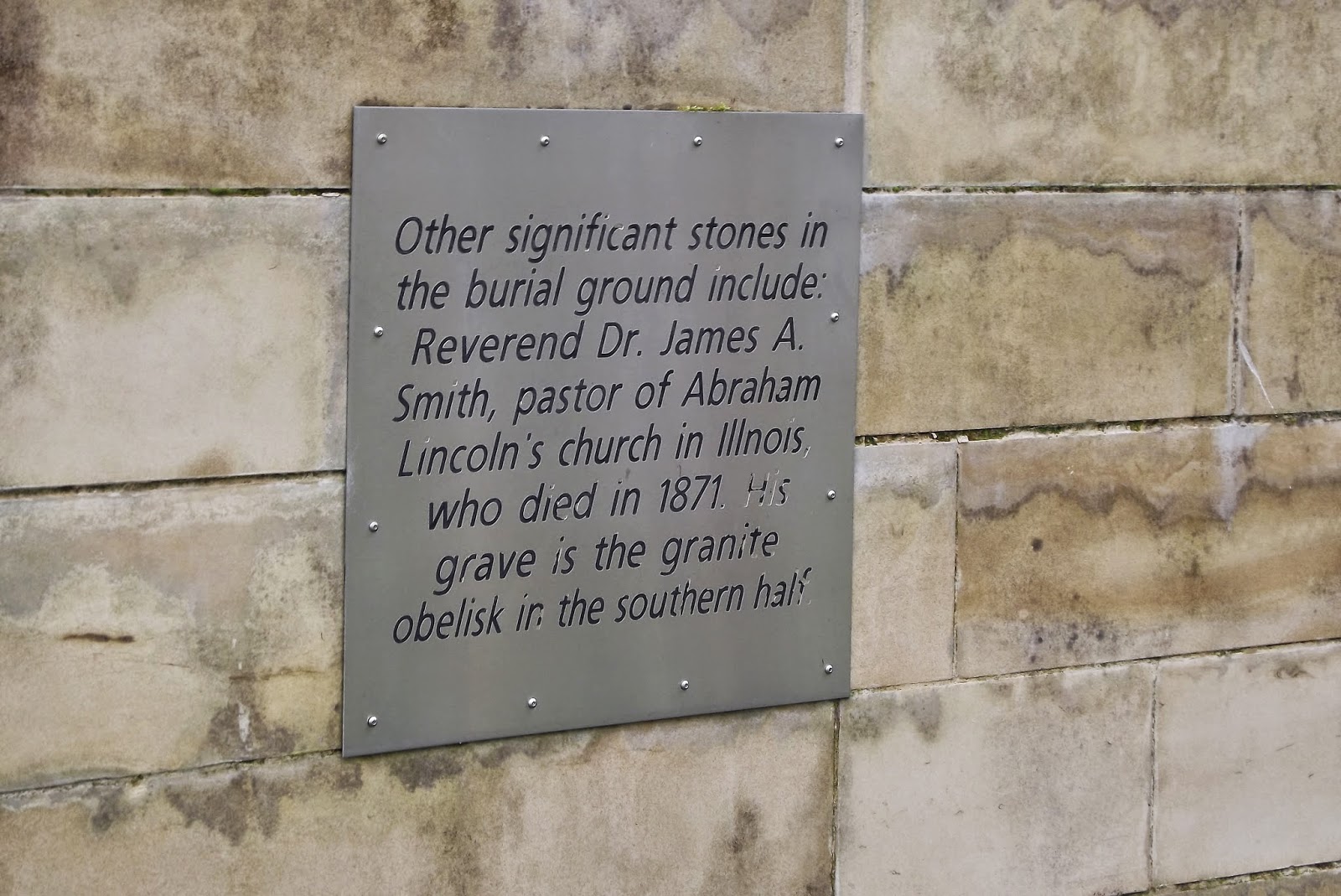 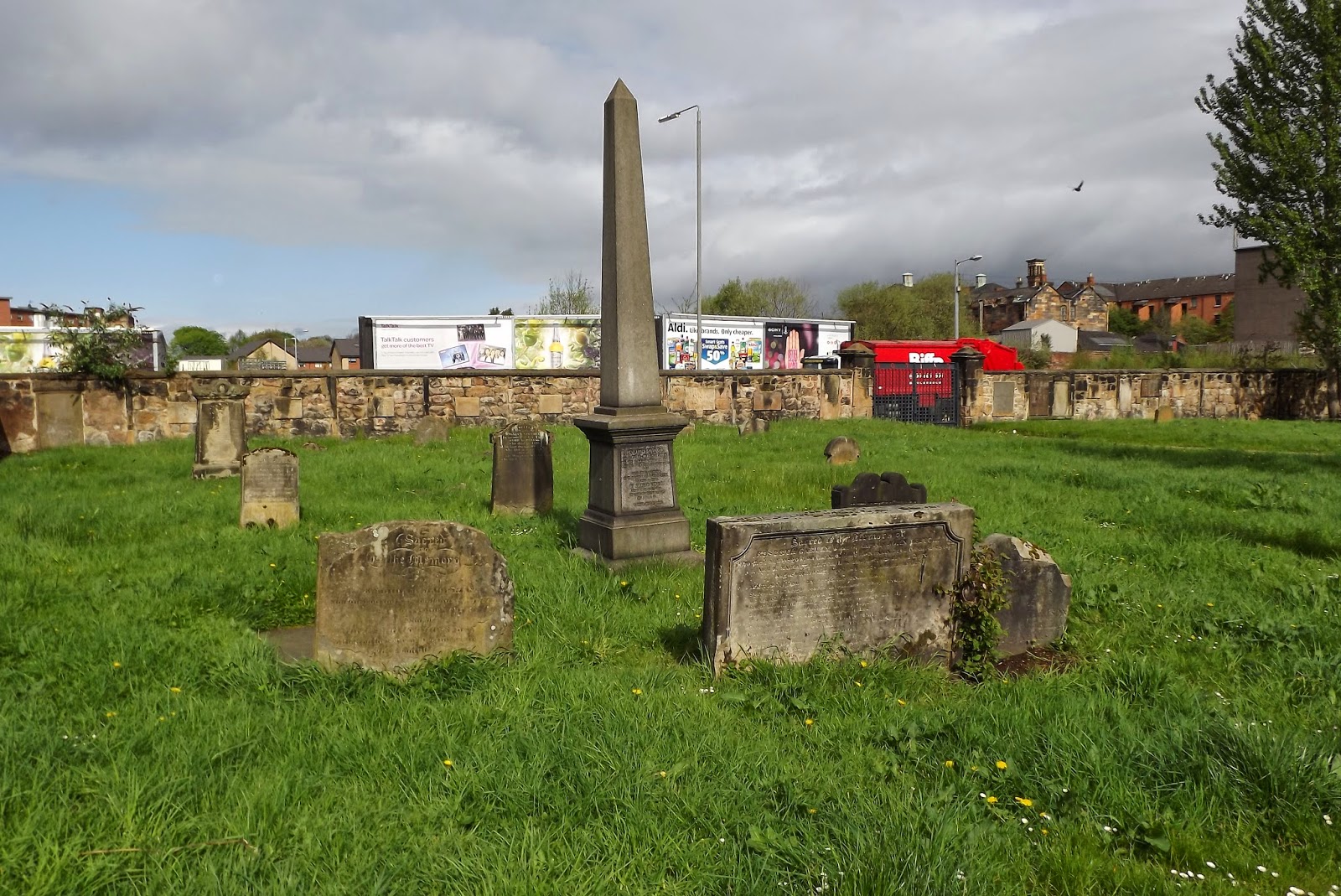 Posted by Christine Woodcock at 18:29