On our first morning in Glasgow, we took a self-guided walk around Calton. This was the working man's area of Glasgow, just east of the area where the merchants lived. It has a rich history. 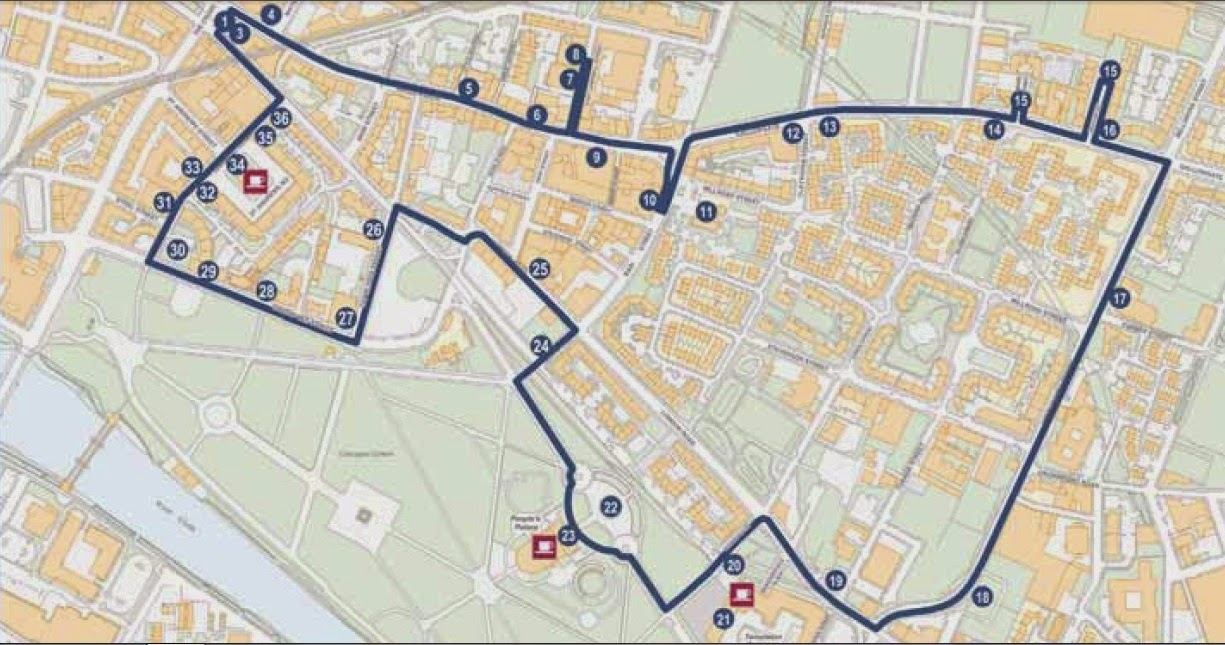 The trail starts just a block for our hotel (we have chosen to stay at this  hotel year after year because of it's proximity to our ancestral homes, workplaces and places of worship.
The first item of interest is the Mercat Cross. Most towns and cities (medieval burghs) in Scotland have a mercat cross. This was the place where royal announcements were proclaimed, burgh announcements were made and often where public executions took place. The Glasgow Mercat was designed by Scotland's first female architect, Edith Mary Burnett Hughes. It was built in 1929. 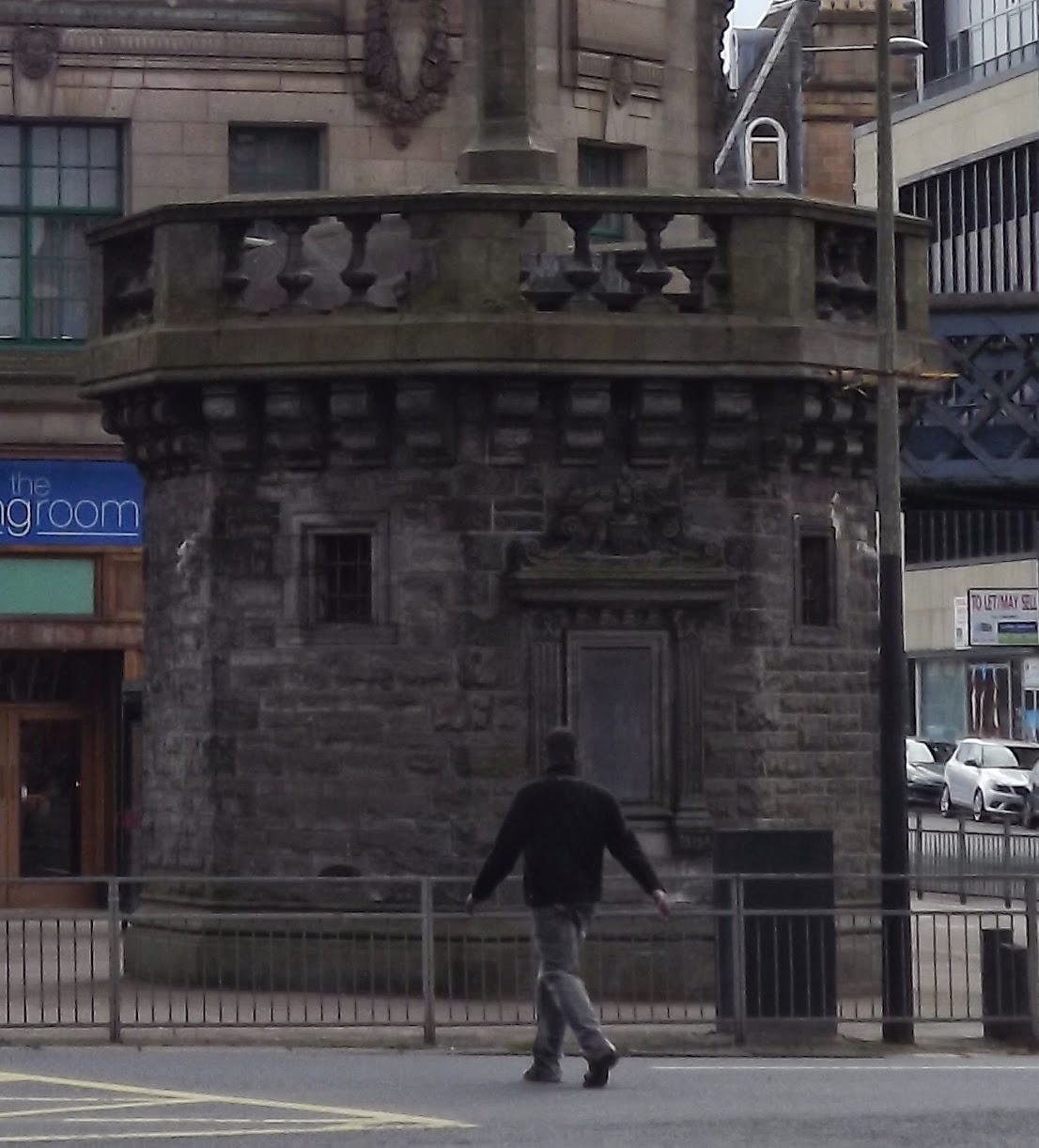 Next on the tour was the Mercat building - behind the mercat cross. Third was the Tolbooth Steeple. This is one of the major junctions in Glasgow. Here, the Trongate, Gallowgate, (east-west) High Street and Saltmarket (north - south) intersect. The original tollbooth was built in 1626 and contained town clerk's office, the council hall and the burgh's prison. The steeple is all that remains of the original building. 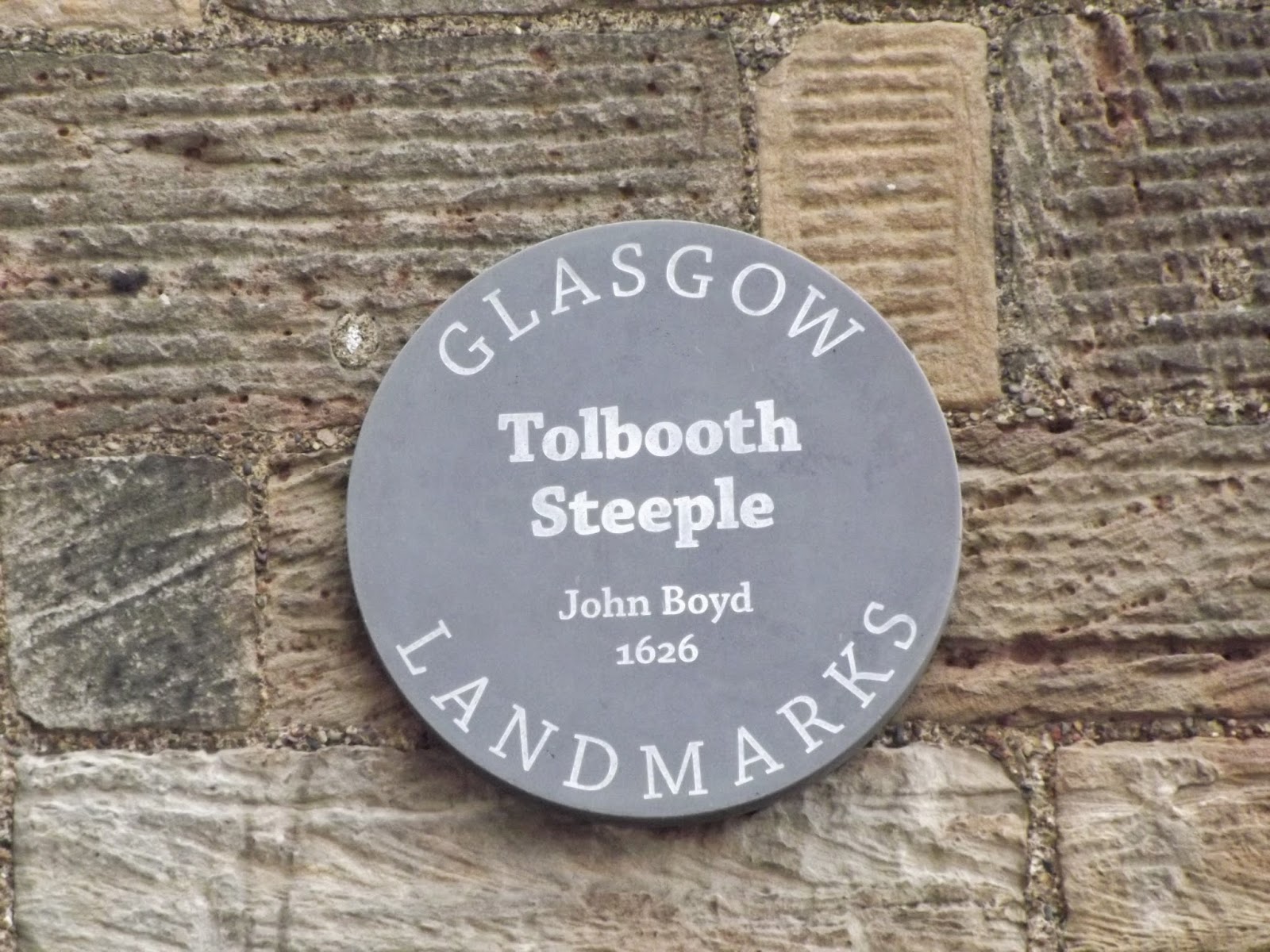 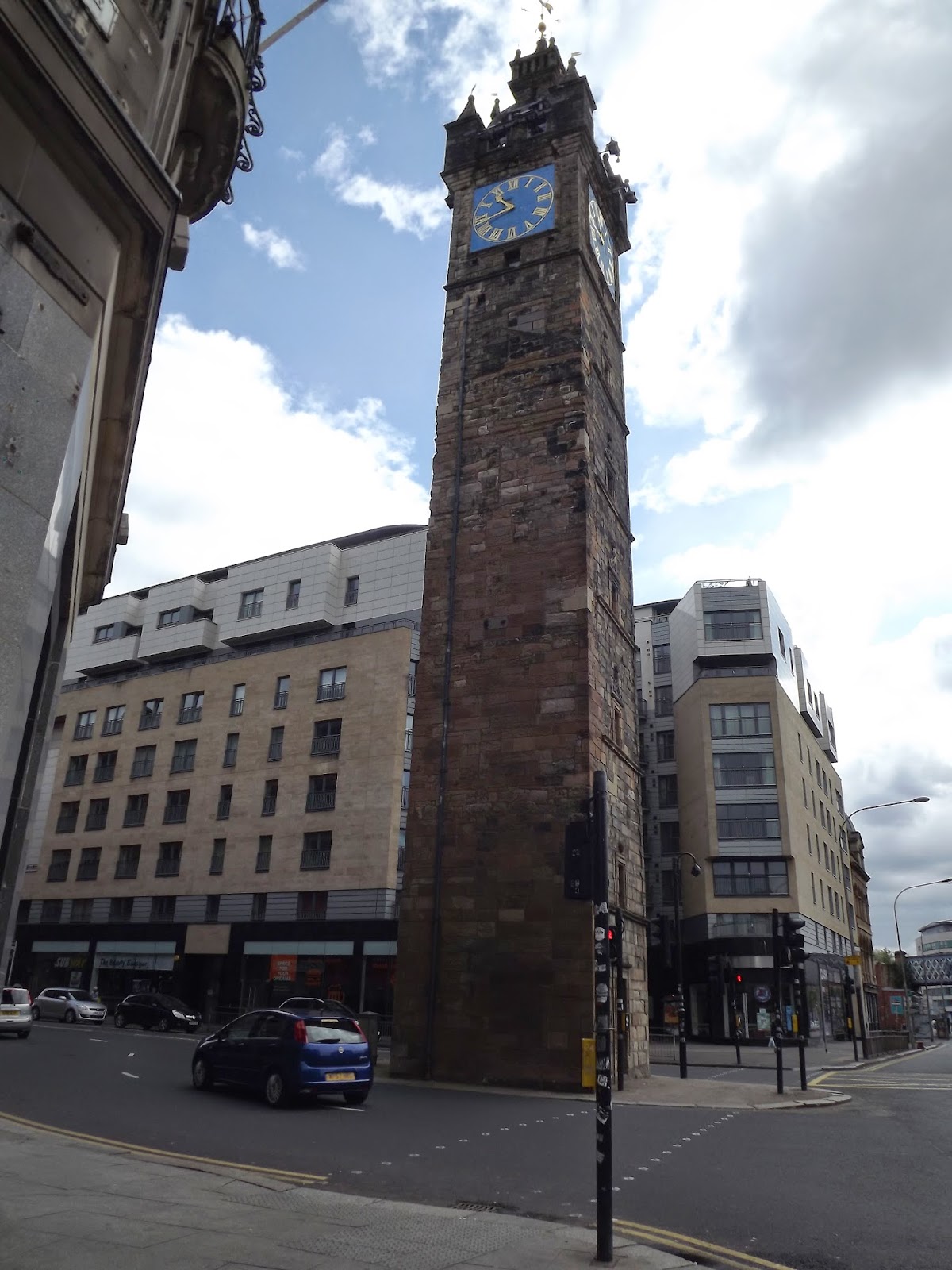 Further along, we come to Barrowland, the original market. This market was created by the McIver family in 1921. It ran similar to a north american flea market and was always bustling with activity since it was the one place open on a Sunday. A ballroom was added in 1934. This burned down in 1958 and was rebuilt in 1960. This continues to be a venue for concerts. 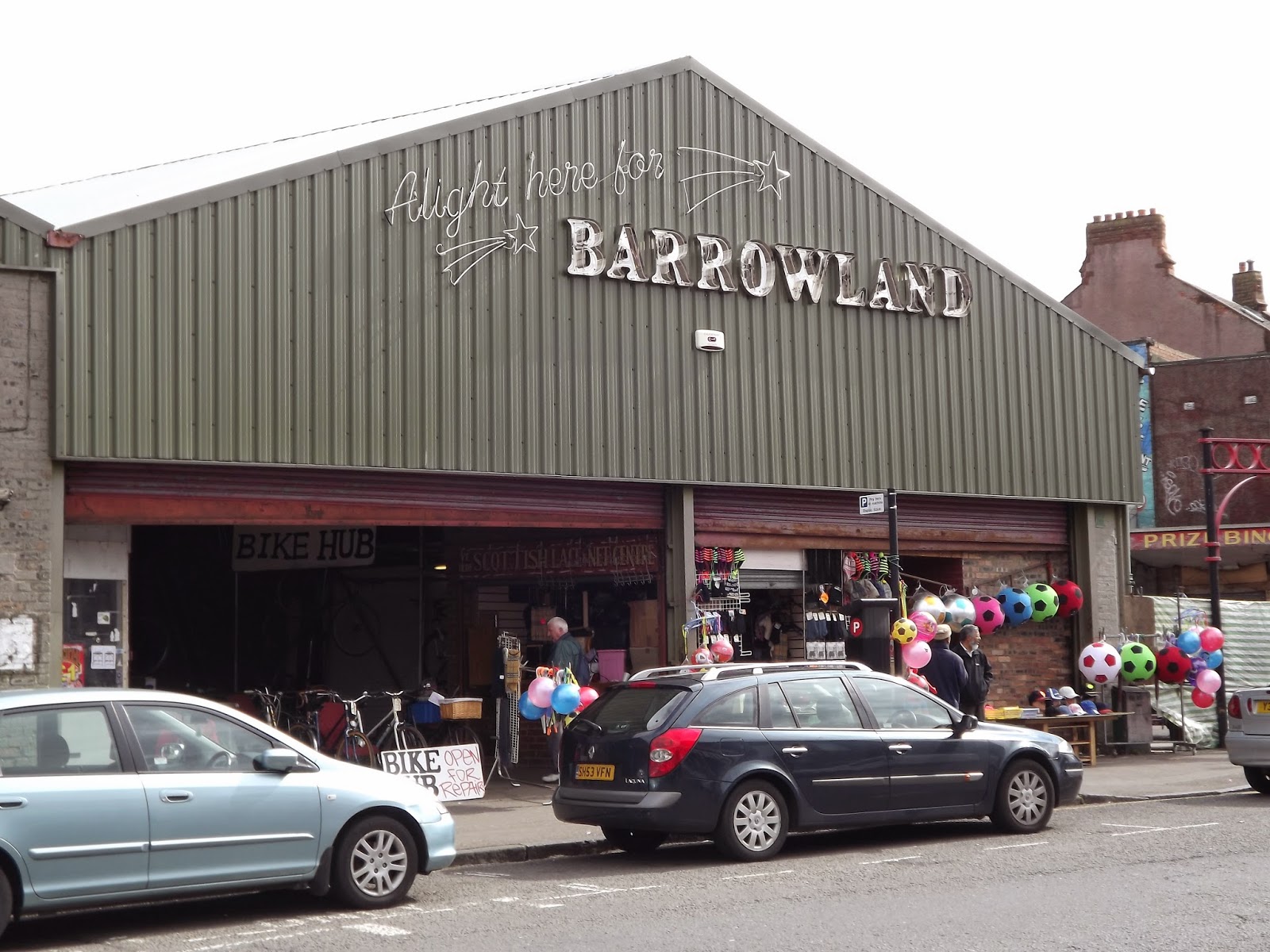 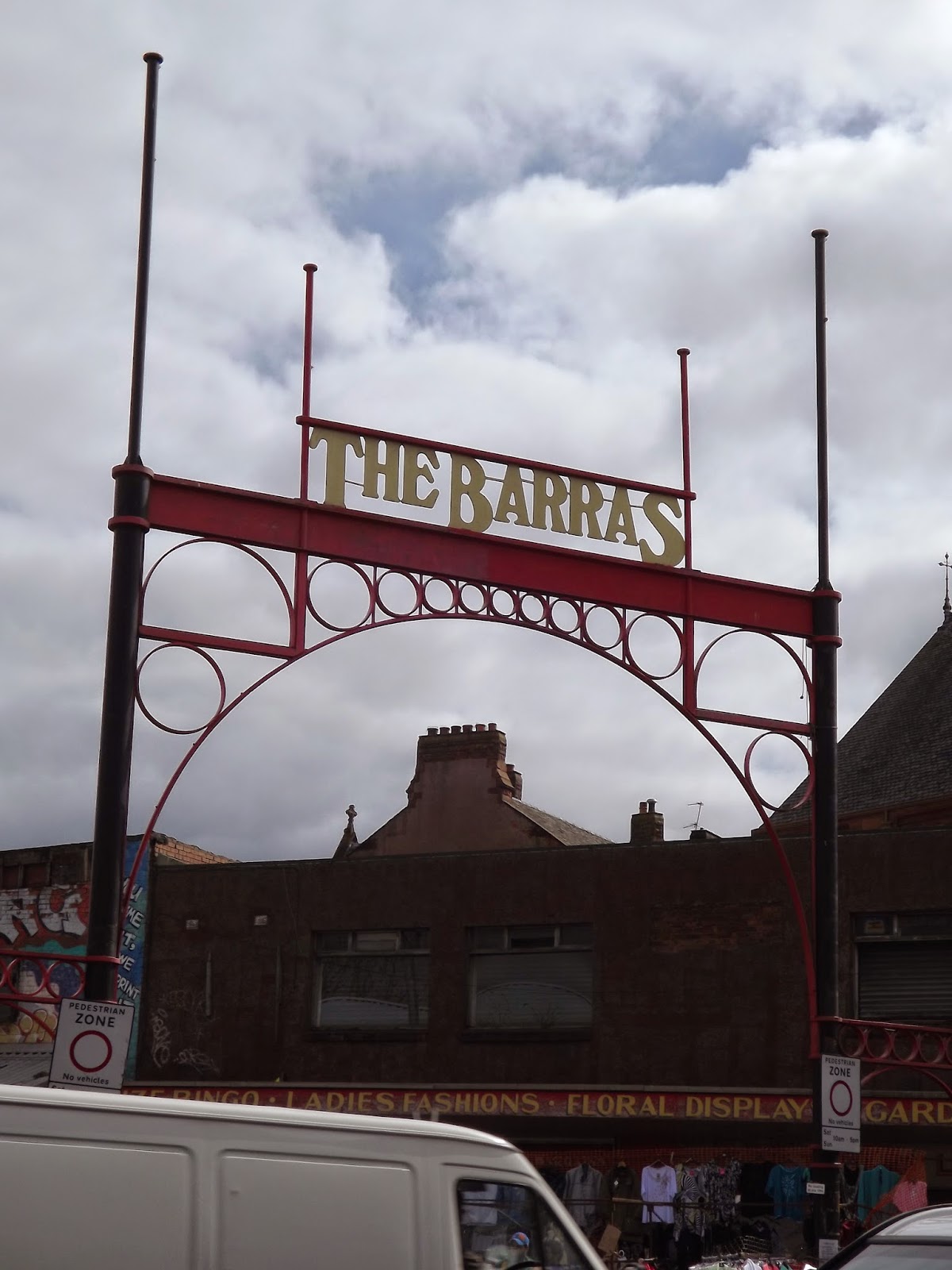 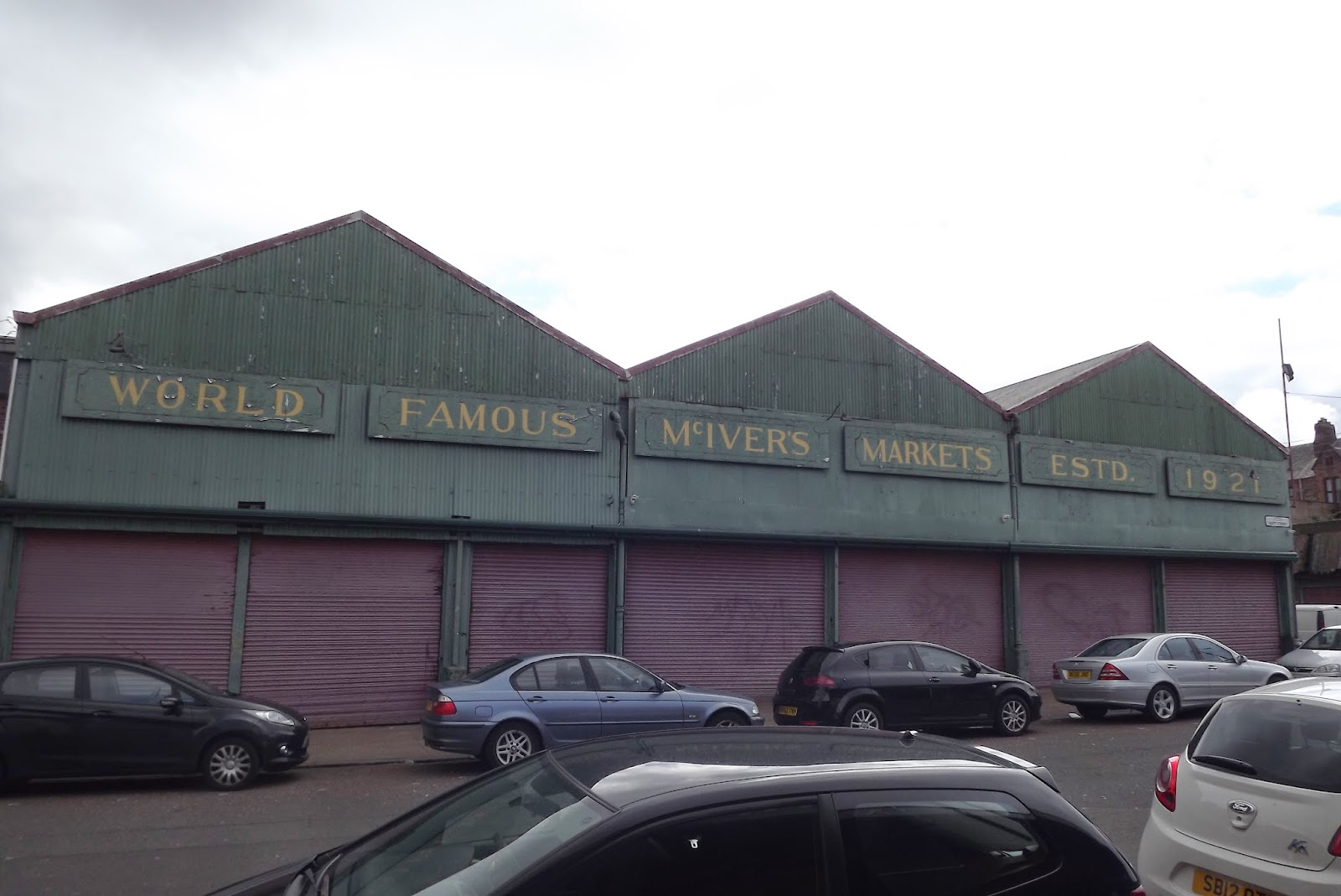 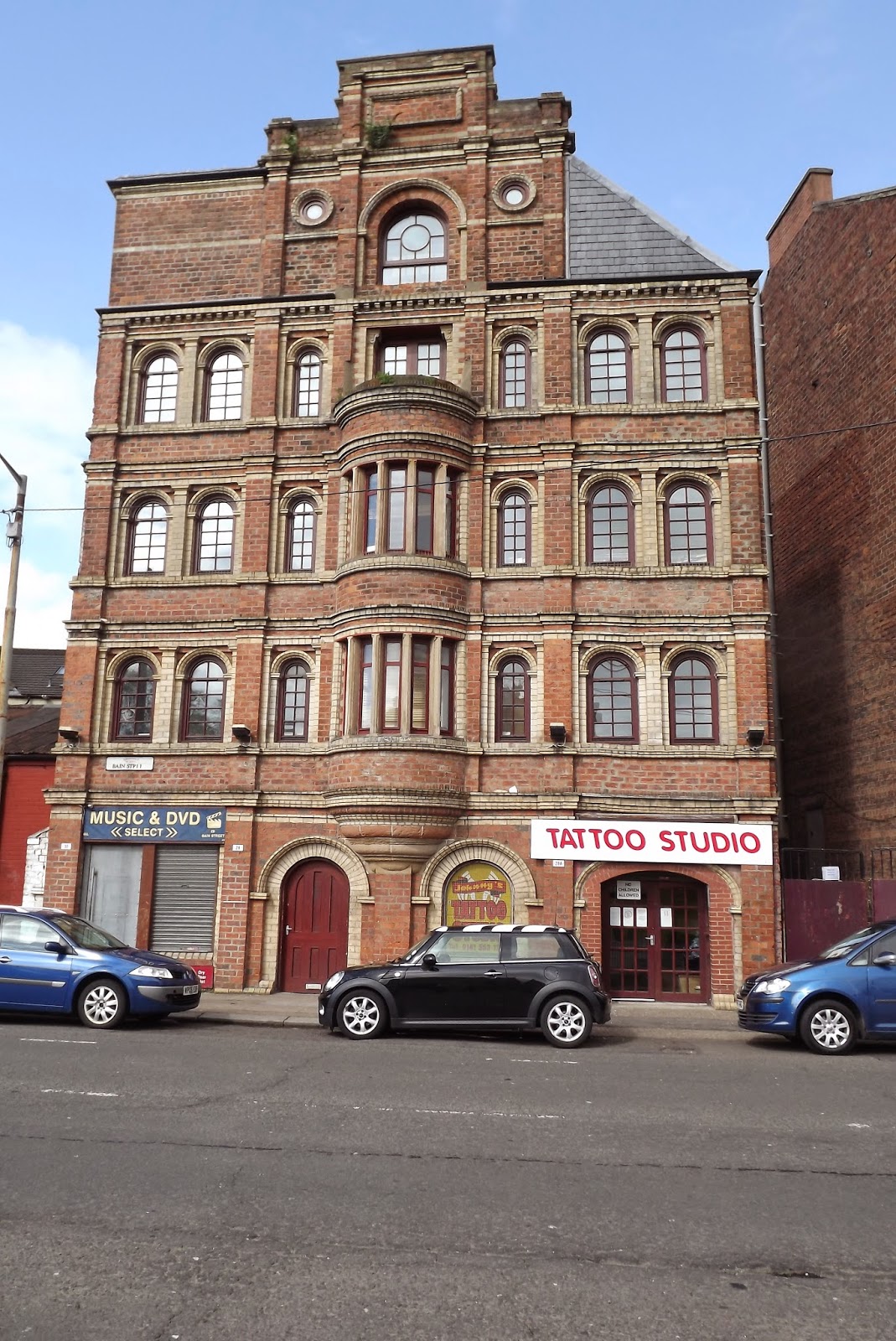 From there we came to the Calton Parish Church 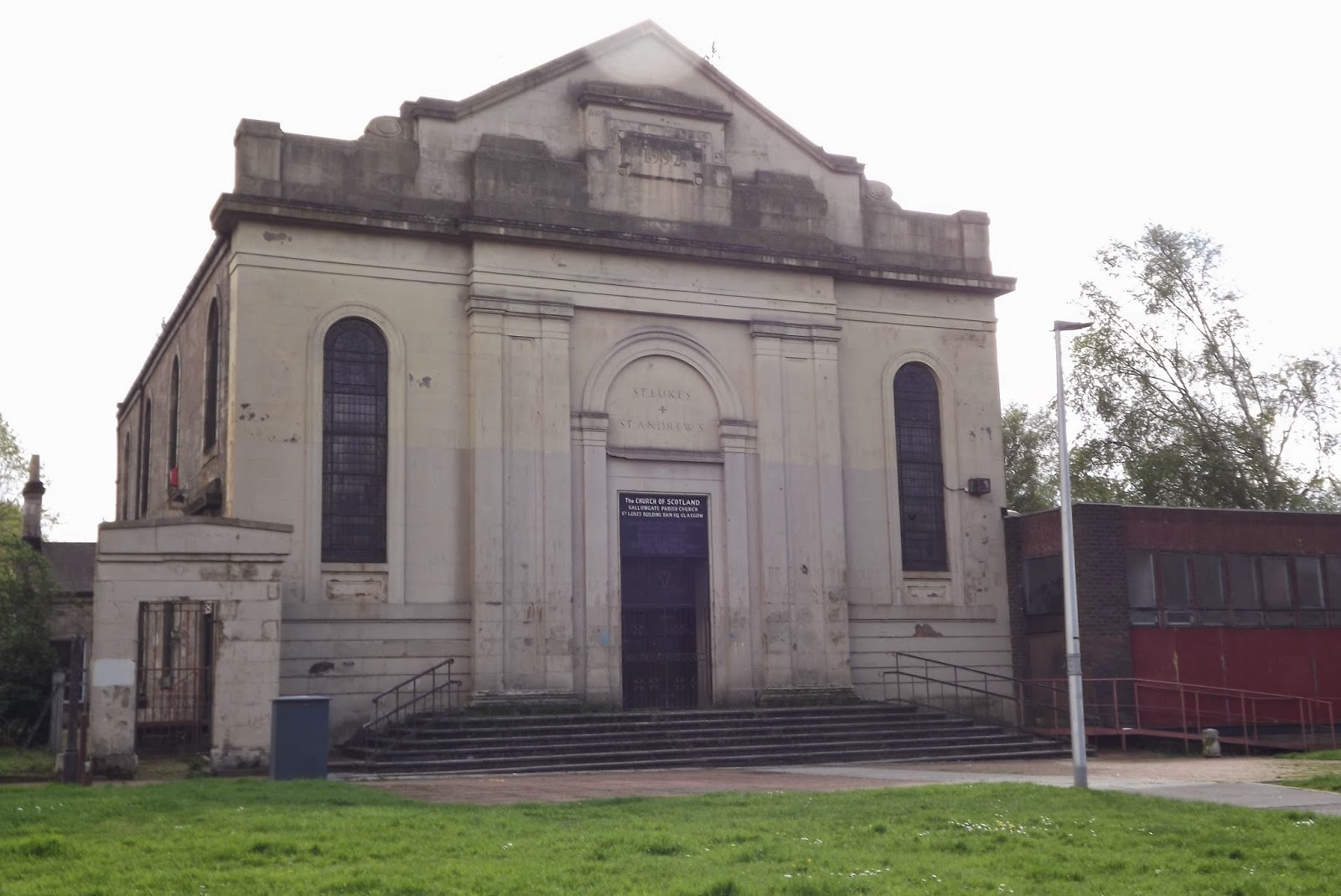 The Calton Heritage Trail continues at the site of the former Meat and Cattle Market. This will be showcased in the next blog post.
﻿
Posted by Christine Woodcock at 16:15