During Victorian times, most of the 19th century, poverty was a scourge and there was tremendous stigma attached to being poor. It was felt that if the poor were shamed and treated poorly, they would try harder to eke out a living, however meagre.

The Poor Law Act was enacted in 1845 and the caring for the poor became the responsibility of the local councils/burghs through the passing of the Poor Law Act. The Act established parochial boards in the parishes and towns, and ensured a central Board of Supervision which was based in Edinburgh. The Board of Supervision was granted the ability to raise taxes in order to cover the poor relief payments. 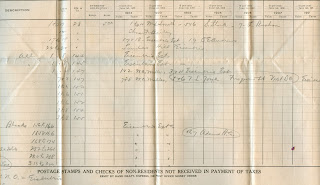 Unlike England, where the impoverished faced a life in the Workhouses, Scotland preferred a system of  'out relief’. This allowed for the person in need of relief to remaining in their own home and receive regular small payments. This might allow the person to partially support themselves through work and to receive assistance from family members, charities and friendly societies, rather than becoming wholly dependent upon poor relief payments. Clearly the expectation was that if you were in need, then your family had an obligation to provide assistance. This is clearly seen in the questions that are asked during the application process.
The 1845 Poor Law Act also allowed parishes to operate poorhouses. Sometimes two or more parishes would join together to establish ‘combination’ poorhouses. This meant that the funding for the poorhouse was a combined responsibility of the joint parishes.
Poor relief was not for able bodied persons who were unable to find work. It was for those who were infirm or incapable of being able to work. This might be men who were injured on the job, people who had a chronic illness, the elderly or perhaps  women of young children whose husbands had deserted them or who were incarcerated.   Other eligible persons would be those with intellectual or mental health  impairments.  In addition, the person who was seeking relief would need to prove that for whatever reason, their family were unable to assist them in their time of need.
Because of the restrictions around eligibility, not everyone who applied received relief. However, the poor law applications followed the applicant for several years and as circumstances changed, they may become eligible at a later time. The records give tremendous insight into the lives of those who applied.
In seeking information regarding the applicant, the council tried to determine not only eligibility by also who ultimately was responsible for the applicant. If the person was deemed not to have lived in the council area for a minimum of 7 years, then they were sent back to their place of origin to attempt to get relief there.
The questions on the application were quite thorough and provide a depth of insight not as clearly seen in other record sets. The information includes:
·         Name
·         Age
·         Sex
·         Marital Status
·         Date and place of marriage
·         Name of spouse
·         Names of any children residing in the household
·         Ages of children residing in the house
·         Status of child - whether working or in school
·         If working, wages of child (in this case, the children would be expected to contribute to           the household and offset any financial need)
·         The applicant's address
·         Monthly rent
·         Occupation
·         Employer or former employer
·         Religion
·         Name of the church
·         Names of parents of applicant
·         Name of parents of applicant's spouse
·         Parent and in law status as to whether alive, working etc.
Again the applicant would have been expected to reach out to family for assistance before applying for poor relief.

·         Any insurance companies applicant had a policy with
The poor relief applications are with the local council archives for the area where your ancestor lived.
Posted by Christine Woodcock at 22:02