As we left Helmsdale and headed to Thurso to catch the ferry to Orkney, we saw the sign for Badbea Clearance Village. Always keen to learn more about the Clearances, and to see the destruction first hand, I made a quick left into the car park. Through the turnstile, we came upon a well beaten path which we began to follow. 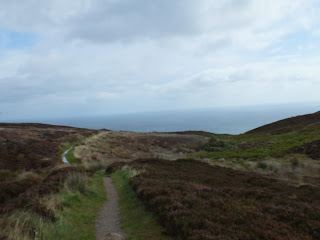 Badbea (pronounced Bad-Bay or Badbay) is perched on steep cliffs above the North Sea and is on the east coast of Caithness, just inside the boundary separating Caithness from Sutherland. The village was originally settled by people who had been cleared from their crofts in Berriedale and Ousdale. As the sign post says “Please be careful. The people are gone, but the steep slopes, high cliffs and strong winds remain”. They weren’t kidding. 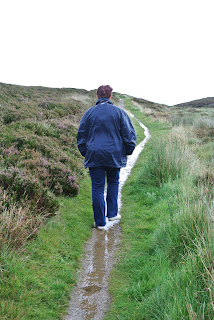 The plots of land that the crofters were given, were not arable, rubble laden and at a perilous angle to the sea. At one time, there were 80 families recorded as living here but by 1904, most had left. I’m sure thankful doesn’t even come close to expressing their relief at moving to safer ground. The former longhouses have all fallen into ruin but the foundations of many are still quite visible if you know what you are looking for. There are a number of drystone walls outlining former pastures, sheep enclosures and the village itself. 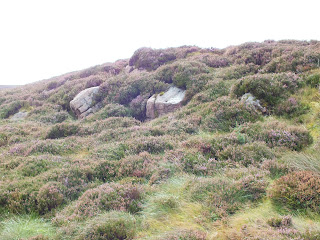 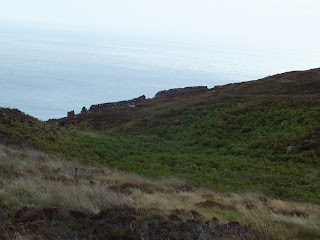 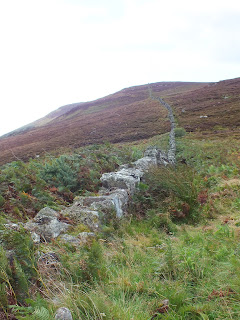 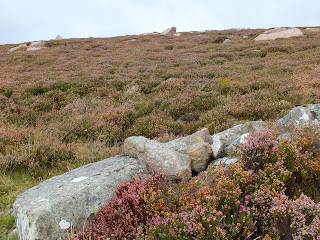 The ground is wet and marshy. There is a natural spring that runs through the former village that once provided drinking water for the villagers but which now only sops the land. The crofters were unable to farm anything more than a few vegetables for their own consumption. The men were encouraged to work as fishermen in the herring industry, with boats leaving Helmsdale and Dunbeath, several miles from the village.

Like any fisherwife, the women of the village not only tended the land while the men were away, they also kept house and raised children and livestock. When the men returned with their catch, the women worked to clean the fish and ready them for sale at local markets. The women of Badbea were in a precarious situation when faced with outside work in that they ran the risk of children and farm animals being swept into the sea by the constant winds. To keep everyone rooted, the children and animals were tethered to one of the many rocks around the village!

Our walk back to the carpark was all the more strenuous as we battled the near gale-force off-shore winds! For most of the walk, we were one step forward, two steps back and had to hunker forward to keep planted on the land. It was an endurance test at best and one I cannot imagine having to live with on a daily basis! 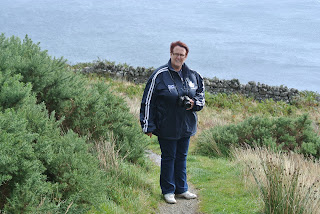 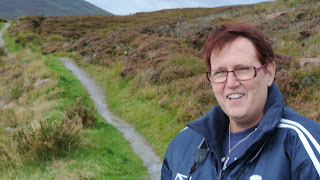 By the end of the 1800s, most people had left the village for a better life. Their mark on the Scottish highlands and the history of the Clearances live on in the ruins of the Badbea Clearance Village.
Posted by Christine Woodcock at 12:52