Arbroath Harbour Home of the Smokie

In medieval times, the fishing village was located in Auchmithie, three miles north of Arbroath. Auchmithie had no harbor and the conditions were terrible. Along with the move to a harbour (first built in 1394 and paid for by the Abbot) the fishermen were offered plots of land along the harbour on which to build houses. 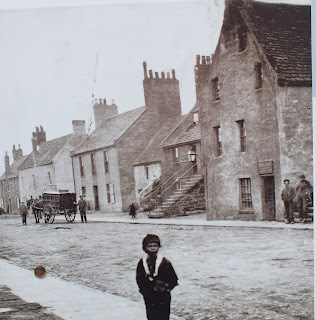 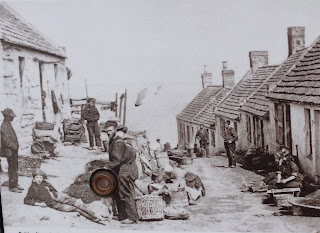 The first harbour was a wooden structure, slightly north of the current harbour and remained in use from 1394 until it was destroyed by a gale in 1706. This gale gave the area of the harbour the name Danger Point. 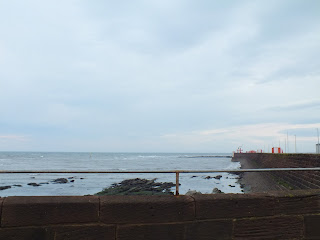 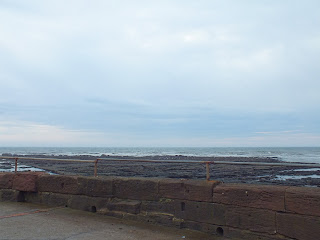 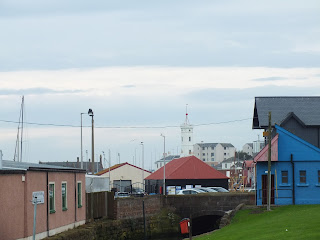 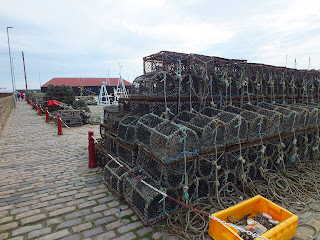 At the foot of the road by the original harbour at Danger Point sits the Old Brewhouse, first built in 1754. The building remains as it was then, although the interior has been refurbished. 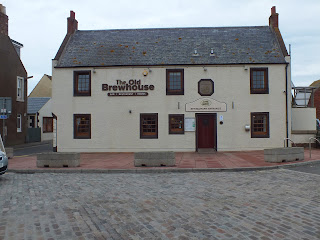 In 1809, Robert Stevenson, father of author Robert Louis Stevenson, built the Bell Rock Lighthouse on a rock in the sea, 11 miles from the shore of Arbroath Harbour.

Arbroath, of course is famous for it's Smokies - smoked haddock. The smoke shops continue to dot the harbour. 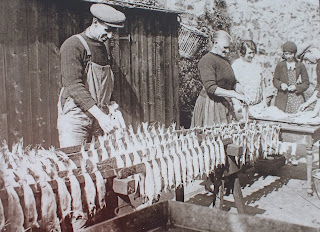 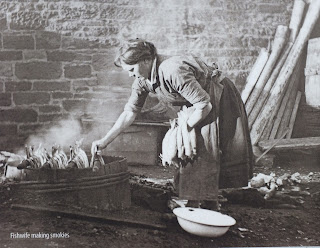 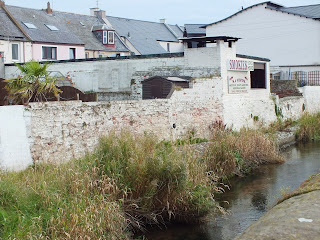 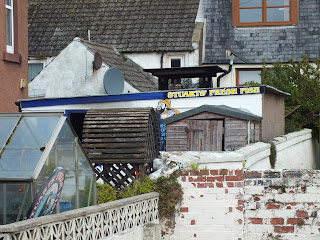 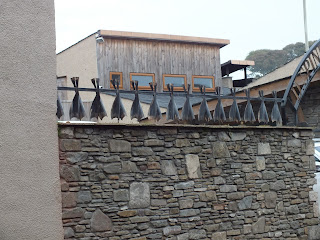 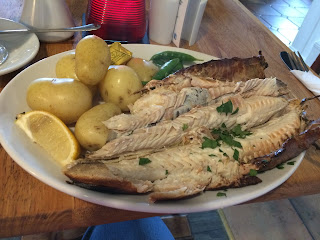 Posted by Christine Woodcock at 07:26