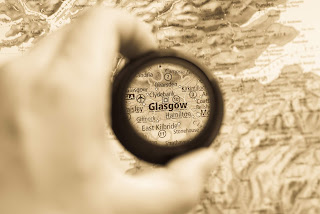 Due to popularity, three spaces have been added to the Glasgow 2019 Tour. The dates are May 16-24th, 2019. I can tell you first hand, this provides incredible opportunities for people with ancestors in the Glasgow, Argyll and Lanarkshire areas. As with the last two Glasgow tours, these spaces will fill quickly so if you have an interest, you may want to register soon:https://www.genealogytoursofscotland.ca/glasgow-tour.html

Posted by Christine Woodcock at 20:48 No comments:

New Record Release from the NRS

The National Records of Scotland has added maps and plans to their website database. This is promising and provides a wonderful new resource for family historians.

More than 2,400 historic maps, plans and drawings from National Records of Scotland (NRS) collections have been made available on the ScotlandsPeople website. Many of the maps show the changing Scottish landscape over time. They also record where people lived or worked, so they can throw light on ancestors’ lives and even suggest new avenues for research. The maps and plans cover certain areas of Scotland, but not the whole of the country. They include both country estates and plans of towns and cities, including for example Glasgow. Most of the maps and plans originate in the records of court cases, Scottish government departments, Heritors’ records, as well as in private collections gifted to or purchased by NRS.
If you would like to find out more, read our maps and plans guide, or search the maps and plans.
The maps and plans collection is amongst the finest in the UK and contains the largest number of Scottish manuscript maps and plans held by any single institution. Spanning four centuries, the collections cover both manuscript and printed topographical maps and plans. They are particularly strong in estate and railway plans; architectural drawings; and engineering drawings, particularly of ships, railway engines and rolling stock. More maps and plans will be added to the ScotlandsPeople website.
It appears that the maps and plans are FREE which an added bonus.
Enjoy the search!
Posted by Christine Woodcock at 22:14 No comments: