At long last, the Coroners Report for Hugh Crawford has arrived. Recall that Hugh went to America and never returned. There have been lots of stories about him. 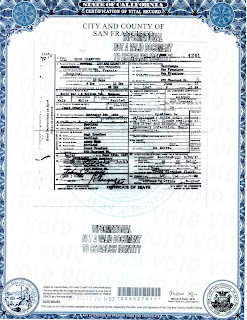 Hugh Crawford was born on 6 September 1894 to Hugh Crawford and Agnes Fowler (Granny Mack). Hugh, the third son, was named after his father. Hugh married Kate McDonald on July 17, 1914. The couple had two children, Mary Livingston McDonald in 1914 and young Hugh Daniel McDonald (Danny) in 1919. Like his father and brothers, Hugh was a coalminer. 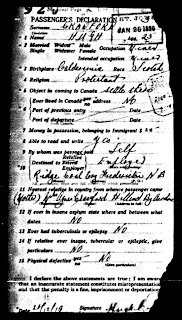 In early 1920, Hugh left Scotland and headed for Canada aboard the SS Cameronia. He arrived on January 26, 1920 at the age of 25. From his immigration documents, we learn that Hugh’s intention is to settle in Canada. He is destined to his employer, the Ridge Coal Company in Fredericton, New Brunswick. Interestingly, Hugh lists himself as being single, although we know he left his wife, Kate, and their two children behind in Scotland.
From the Border Crossings records, we learn that Hugh emigrated to Detroit Michigan on April 24, 1923. By now he lists himself as a “fire builder.” 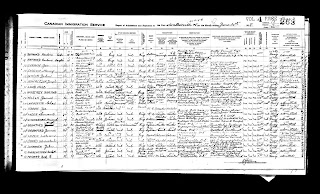 By 1936, Hugh is in Oakland California where he manages Bayme’s Turkish Baths, Dry cleaning business and Barbershop. Hugh uses the name “Doc” Crawford and appears to be doing well in his business. The business itself is state of the art for the times. It obviously caters to the elite businessman in that each of the 14 barber chairs is equipped with a telephone for the customer to use while he is being groomed. We also know that Hugh is dead 9 years later. 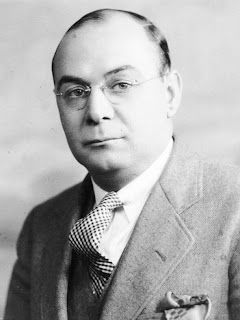 His death certificate lists his occupation as “janitor” so it is evident that Hugh has fallen on hard times. His cause of death is in keeping with severe alcohol poisoning and yet, the cause of death is listed as “accidental”. The death certificate goes on to say that Hugh died from drinking “cleaning fluid.” It is curious that a janitor would accidentally confuse cleaning fluid for alcohol.

The death certificate also makes note that there was an autopsy and coroner’s report. From the death certificate we learn that Hugh has a second wife, Janet Crawford. No marriage record has been found to date, so it is unclear whether the couple actually married or whether they were common-law partners and Janet merely assumed Hugh’s surname. Given that his first wife was still alive and well and living in Scotland, it is not unlikely that Janet was Hugh’s common-law spouse. Janet lists her age as 60 at the time of Hugh’s death, so we know that she is about 8 years his senior.

Hugh is buried at Cypress Lawn cemetery and a letter sent to them yielded little information. However, Cypress Lawn staff did suggest that the funeral home, Halstead & Company may have more information to share. A letter to Halstead & Company ended up being more productive than the funeral director had thought. From his records, we learn Hugh’s SSDI number. To this point, no research has elicited that information. We also learn the cost of the funeral ($250 – including a $10 fee to the Reverend conducting the service). Included in the information on the funeral directors records are copies of the obituary, which was published in both the San Francisco Examiner and the San Francisco Chronicle. In addition, we learn the date and time of the funeral service itself, Thursday June 12, 1947 at 11: a.m. with the Reverend Vogt officiating. 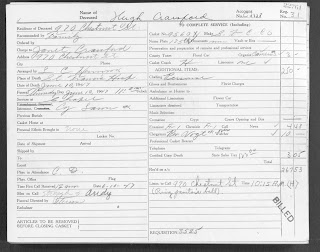 A letter to the San Francisco coroner’s office, finds that their archives are, in fact, held by the San Francisco Public Library. The library archives were contacted and, finally, the Coroners Report for Hugh Crawford arrived. According to the Coroner’s Register, Record of Death, “The deceased resided with his wife at 970 Chestnut St. On the afternoon of May 30th, 1947 the deceased drank from a whiskey bottle which supposedly contained cleaning fluid, thinking it was Gin. Shortly after he drank the liquid, his wife came home and he complained of being ill. On 6-1947 she called Dr Vance Strange and he sent the deceased to St Francis Hospital where he was admitted at 8:30 pm 6-1-47 treated for cirrhosis of liver and died at 9:15 am 6-10-47. Deceased had supposedly been drinking all day May 30th, 1947.”

The witnesses to the death are listed as “Jenny Crawford, wife”, “Dr V. Strange, attended” and “Officer G.F. Crofton, Northern Station.” The death is listed as a “supposed accident or suicide”, the nature of which is “Ingested Cleaning Fluid” Hugh is described as being 5’4” tall, 194 lbs with blue eyes and balding gray hair. Included on the Record of Death was the autopsy surgeon’s report. Hugh died at 9:15 in the morning of June 10th and his autopsy was conducted at 4:30 that same afternoon. The pathologist’s diagnosis, which is also the cause of death listed on the original death certificate, is: “acute toxic atrophy of the liver. Cloudy swelling of the liver and kidneys. Primary pulmonary infarction. Early pancreatitis.” The result of the inquest conducted on June 26th, 1947 is by jury verdict which states that “said death was accidental” The Necropsy Surgeon’s report to the Coroner was that the death was possibly the result of poisoning from the ingestion of cleaning fluid 10 days prior to the death. 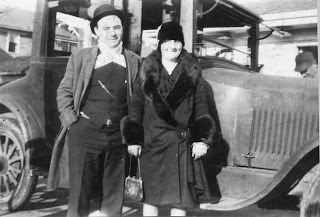 One can only surmise whether in fact Hugh’s death was “accidental” as the coroner ruled or whether the “accident” of drinking cleaning fluid poured into a Gin bottle was pre-meditated murder on Janet’s part. Perhaps today, the ruling would have been quite different and the outcome for Janet would have meant charges and jail time. Hugh left Scotland and headed to America looking for the great white dream. In reality, he met that dream when he was in Oakland California, managing the Turkish Baths, Barbershop Dry cleaning business. Yet just two years later , Hugh fell on bad times and had moved to San Francisco. He was, apparently, a heavy drinker and we will never know how that changed his behaviour. He may have been nasty and abusive and that in and of itself may have been the motivator for Janet in filling his gin bottle with cleaning fluid before she left for the day. In reality, she likely anticipated that the poison would have killed him instantly rather than slowly rotting his organs over a 12 day period. Surely there was lots of time for regret while he lingered in the hospital. But would that regret be that she had attempted to kill him in the first place, or that he had not died immediately? We will never know.

Once can also only imagine the anguish that Agnes felt back in Caldercruix when she learned of her beloved son’s death. He had been her golden boy. He had gone to America to make something of himself. She has proven to be fiercely loyal to him and protected him from his first wife, Kate, by never disclosing his whereabouts. She showed off his photo and newspaper article with pride. Then a few short years later, he was dead. Gone from her forever. Her health started to slide downhill after the death of young Hugh. She died on February 2, 1951. Just 3 ½ years after the death of her beloved son.
Posted by Christine Woodcock at 17:52 No comments: