The weekend is set aside for the tour participants to travel to the part of Scotland where their ancestors lived and/or to do further research, either locally or in Edinburgh. While several participants set off to Glasgow City Archives or parts a wee bit further afield, the kids and I headed north to Aberfeldy to visit the Scottish Crannog Centre.

Crrannogs are early iron age homes, built out on the water. They were large enough to house up to 20 people, like a several generation family. It is truly amazing that several of these buildings still dot the floors of the northern lochs. 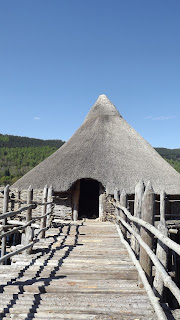 The replicated crannog, based on items recovered from an underwater archaeological dig 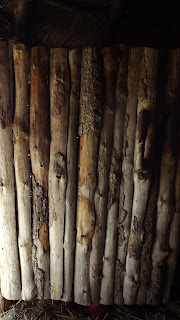 very sturdy door to keep out predators or draughts 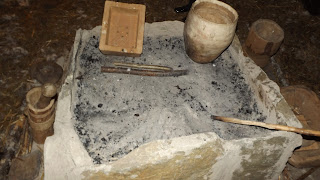 The firepit was central to the home. This was used for cooking and for heating 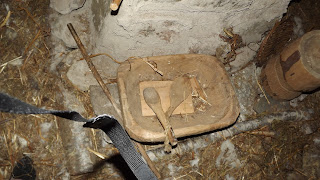 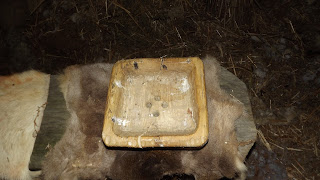 A butter maker. The buttermilk would seep through the holes and the butter would remain in the pan. The butter could also be made into cheese 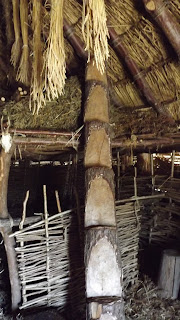 A ladder to the lofts where people slept 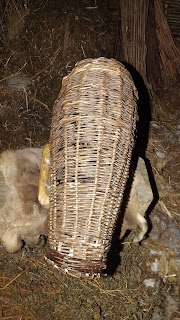 Fishing basket. The fish would swim in but couldn't swim back out. 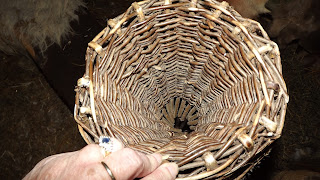 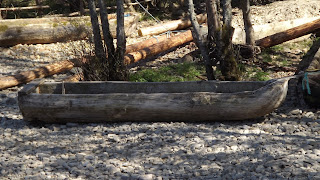 One ton boat carved from a single tree trunk was the major means of transportation
Posted by Christine Woodcock at 13:14