Back just before Christmas, I was offered an amazing opportunity – a bespoke, behind the scenes tour of the events being planned for #Mayflower400 in 2020, the 400th anniversary of the Mayflower leaving England with Puritans seeking a new life in America, free from persecution.

Today is was the day! I had planned to be so excited. Everything was ready to go. Just a few last minute details and I would be heading to the airport. Then came the alert. My connecting flight from Amsterdam to Birmingham was cancelled. Oh no! Yesterday, Boeing grounded their worldwide fleet of 737 Max 8 & Max 9 aircraft, following a horrifying crash earlier in the week – the second in just a few months. I wasn’t scheduled to be on that model of aircraft.

As it turns out, the flight was cancelled because of a nasty storm in Amsterdam. The travel agent quickly managed to get me re-scheduled through Frankfurt. This new flight was leaving earlier. No problem. 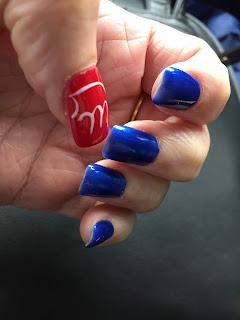 Still time to get my nails done, run to the bank, and manage a couple of other errands. Home with plenty of time to spare. Over an hour. OH NO!! Looking over the new booking, I realized that the flight was a whole hour earlier. The mad scramble began.

Within an hour, I was at the airport – but not the right terminal. Upstairs to the inter-terminal train. Checked in. Through security. Now it was time to grab some food. Lunch didn’t happen with the scramble to get to the airport earlier. A quick sandwich and I would be good until the in-flight meal. A $15 sandwich! It was good and all, but more like a $4.95 sandwich. Over to the gate. Listened to all of the boarding calls – Kingston, Zurich, Newark. “Flight 872 to Frankfurt is now fully boarded. All passengers should now be on board. Would passengers……and Woodcock please show yourselves at the gate or your luggage will be removed from the aircraft” HOLY CRAP!! How did that happen? Fortunately I was only a few feet from the gate and within a minute, safely on board. With a window seat. AND a whole row to myself!! WOO HOO! All settled in for my 7 and a half hour flight. Tomorrow, the adventure starts in earnest.

Posted by Christine Woodcock at 22:22

Email ThisBlogThis!Share to TwitterShare to FacebookShare to Pinterest
Labels: #mayflower400