Once I arrived in Birmingham, I picked up a car and headed to Lincoln, the first stop on my #Mayflower400 tour.

I checked in at the White Hart Hotel, located in the heart of Lincoln's historic district, and nestled nicely between the Cathedral and the Castle. The hotel is a listed building so one must be prepared for things like staircases and long corridors. The rooms and suites however are magnificent. Each one is named after people who played a significant role in Lincoln's history. 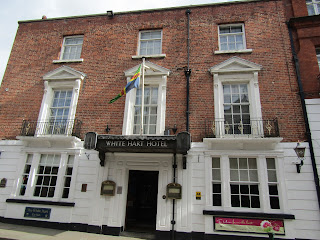 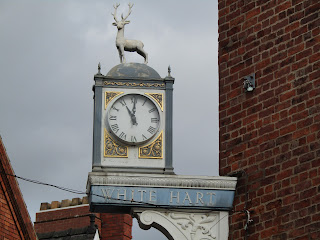 A quick freshen up and I was off to the Cathedral for a personal tour by my extremely knowledgeable guide, Barbara. What a wealth of history! 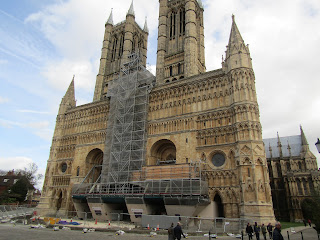 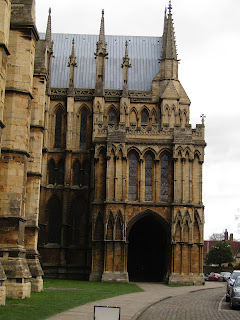 First stop was the Cathedral's Wren Library, designed by Sir Christopher Wren. This room is spectacular as are the historical documents contained within it. 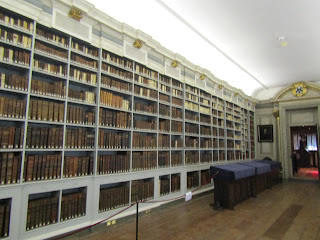 I was able to view old maps from the time period in keeping with the departure of the Mayflower.

In addition the librarian had pulled books written by the Pilgrims about life in the new world, "Good News From New England" Written by Edward Winslow and published in 1624. Another book on the laws of New England was of particular interest, and show the level of Puritan tolerance - zero. The punishment for most offences was death. My particular favourite was the list: Proportion of Provisions Needfull For Such as Intend to Plant which essentially provides a list of items that would sustain a new immigrant for their first year. In addition to the items listed, was the price expected to be paid. 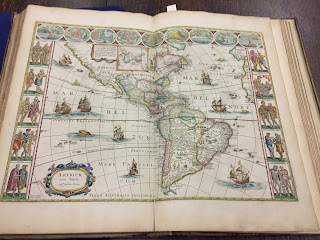 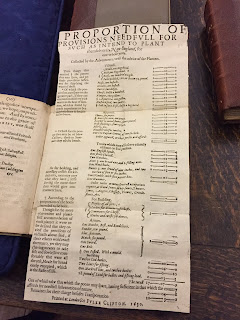 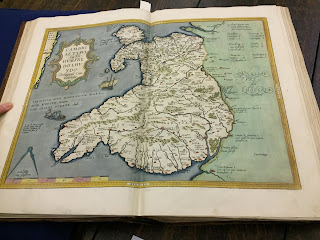 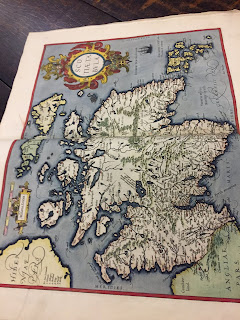 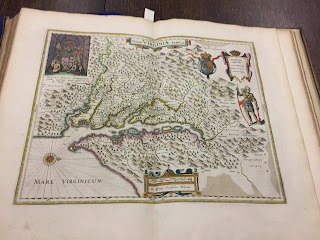 The library has a 16th century Bible Box on permanent loan. 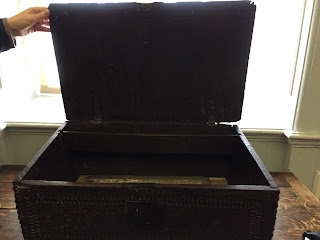 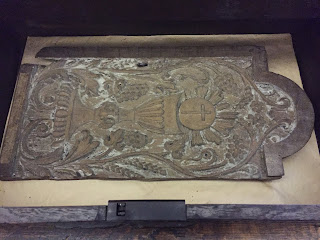 While I could easily have spent an entire day in the library, my schedule didn't allow. Barbara took me to see the three chapels that are for airmen, seamen and army men. She also showed me the stained glass window that depicts the Pilgrim's journey and gave an absolutely fascinating account of the lives of some of the pilgrims from Lincoln. Again, simply not enough time in my schedule. 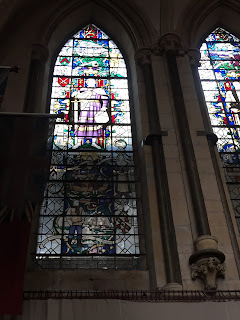 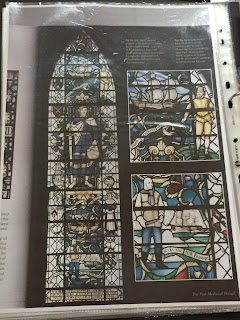 The Cathedral also has a window dedicated to teaching. George Boole, the father of Boolean logic which gave birth to the digital world, was born in Lincoln and opened a school here as well. 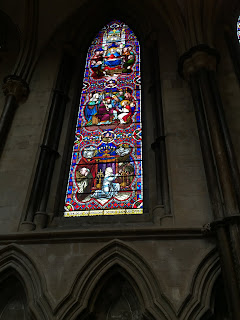 From the Cathedral I was off to a lovely lunch at Stokes Lawn Cafe, recent winner of a Visit Lincoln Tourism Award. Visit Lincoln also hosted my lunch.

Following lunch, I went to Lincoln Castle where I was given an incredibly in-depth history of the Magna Carta, and was able to see both the 1215 Magna Carta as well as the 1217 Charter of the Forests. Unfortunately photos are not permitted.

Then it was a quick whip around the Victorian jail. The Lincoln prison was based on the separate system where prisoners were not allowed to see or interact with one another giving them more time to reflect, repent and reform. 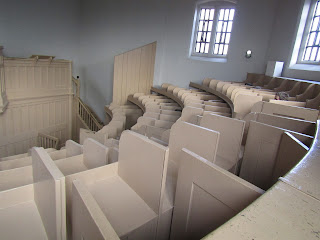 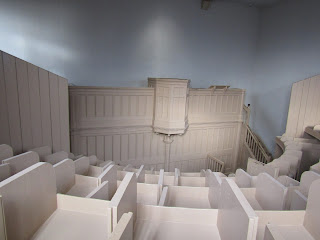 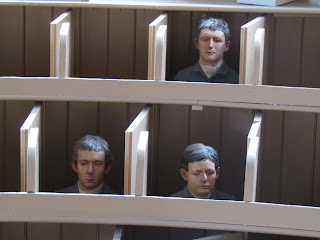 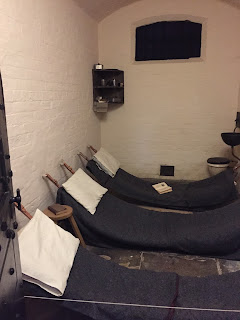 Inside one of the rooms of the prison is a Saxon Sarcophagus which was uncovered on the Castle grounds. The sarcophagus was intact and was so well sealed, that it was easy to identify the leather shoes that the deceased had been wearing as well as to identify the cloth that the body had been wrapped in. 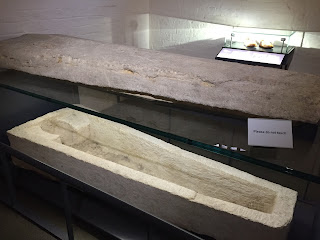 Lincoln is amazing. It is chock full of history, dating back to medieval times. My only regret was not having enough time. Lincoln is a place where you can easily spend three or four days to be able to really see what it has to offer. Lincoln can also be used as a 'hub' for day trips to places a bit further afield, like Grimbsby, Immingham, and Gainesborough.

Posted by Christine Woodcock at 20:11