Following the VIP tour and fascinating glimpse into the history of Boston Guildhall, Luke took me over to Boston Stump. 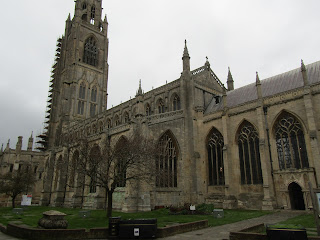 The current church stems from the 14th century. It is one of the largest parish churches in England. Perhaps its greatest feature is its Medieval towers which is the tallest in the country standing at 273 ft tall.

The nave is wide and long and gives the initial impression of greatness, just by its sheer size. In terms of the Pilgrim story, the church is known as the parish church from which John Cotton preached. A Puritan, Cotton was the vicar of Boston. He was charismatic and as such attracted extremely large groups of people travelling miles to hear him preach. 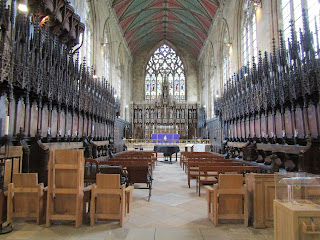 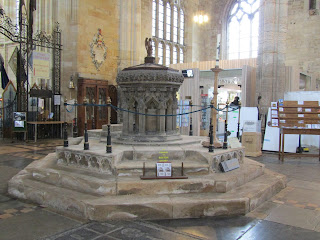 As a Puritan, Cotton wanted to do away with the pomp and circumstance of church services, including vestments and ceremony. He did not require his parishoners to kneel during communion. When questioned by the Church, Cotton used the rather tongue in cheek excuse that he attracted such large crowds that there was no room for them to kneel. Cotton was not a separatist. He was adamant about remaining in the church, preferring to make changes from within. 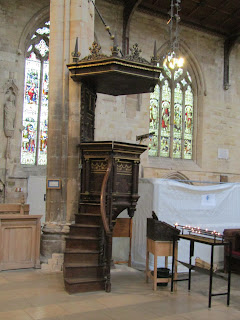 John Cotton was a 17th-century vicar of Boston. A Puritan, he was noted as a preacher and attracted new members to the congregation. He wanted to change the Anglican Church from within, and simplify its programme.

Cotton managed to maintain his Puritanism under four different Bishops of Lincoln. However, by 1632 the church authorities had greatly increased pressure on non-conforming clergy, and Cotton was forced into hiding. In 1633, he and his wife boarded a ship and headed to New England.

A memorial in the church commemorates the men of Boston who later became Governors of New England. 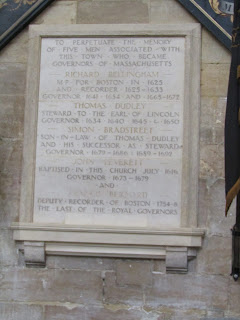 Posted by Christine Woodcock at 18:55