"OMG, OMG, OMG" "This has been the BEST DAY EVER" are just a couple of the lines I have heard when I have asked people how their day of research has been. This time it was my turn. It's rare that I get a chance to do my own research when I am in Scotland. While in Edinburgh, I often spend time in the NRS researching topics that can be used for presentations.

Today we spent the day in Motherwell. We had half a day at the Lanarkshire Family History Society and the other half day at the North Lanarkshire Archives. At the archives, I wanted to see the admission records for Hartwood Hospital, hoping that the Hugh Crawford who was in there was my brickwall - great grandpa Hugh. Not to be. This Hugh is related to me, but not my great granddad. I'm no further ahead on figuring out what happened to him. BUT, I decided to have a look at the lair records for the Kirk of Shotts where my family went to Kirk and where many are likely to be buried.
In 1914, my great uncle Tom purchased a lair to bury his infant daughter. Sadly, Uncle Tom and Aunty Mary buried four of their bairns in that same lair. 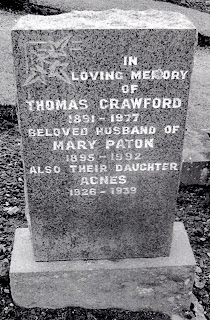 There are 4 others also buried in the lair. Sarah Costello, Papa's first wife who died in childbirth. Sarah and Harry's baby, Joseph, who died at the age of three months. And Granny Mack, mother of Tom and Harry.
There is also a stillborn baby (gender not recorded). The parents were HARRY AND DORA!!!! No one else knew that information. WOW. The other children would have been too young to have been aware or to have remembered. So this baby was never talked about. Granny always said there were 22 bairns. We could only account for 21. She obviously continued to count the baby she lost but never talked about. We've learned about them know, Gran. And will always honour your baby's memory. It's safe with us. 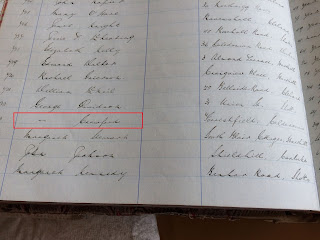 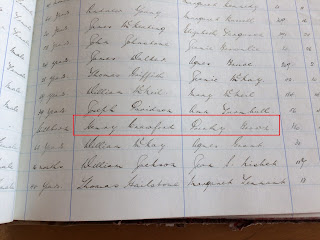 Posted by Christine Woodcock at 17:15