A few of us from the Highland Group met at the airport in Glasgow, piled into a 9 seater van and headed for the highlands. Our destination was Inverness where we will be stationed for 6 days. We stopped just outside Tyndrum for a lovely lunch at the Artisan Cafe. This lovely wee cafe is situated in an old Kirk and was a wee treasure to find. 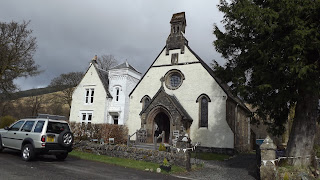 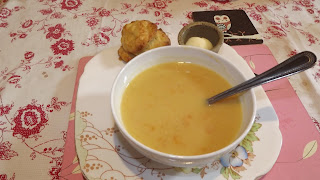 From Tyndrum we headed to Glencoe. We stopped for a photo opp at the Folk Museum and of course couldn't resist a tour. The folk museum is housed in an original highland Blackhouse. 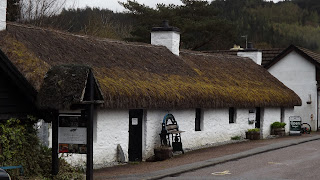 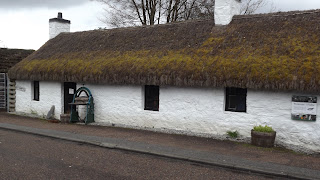 The museum tells the sad tale of one of the darkest times in Glencoe history, the Massacre of Glencoe.

In the early morning hours of February 13th. the Macdonalds were slaughtered in their sleep after having hosted their traitors for close to a fortnight. The Massacre began simultaneously in three settlements across the Glen - Invercoe, Inveriggan and Achnacon.

Men were dragged out of their beds and murdered, houses were set alight and women, children and the elderly were sent out into the cold dark night. 38 Macdonalds died immediately while many more died later of exposure. Fortunately for those  of us who now proudly claim our McDonald heritage, a few managed to escape into the hills 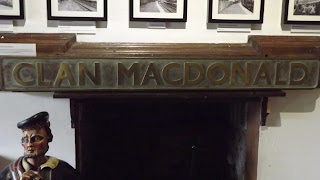 Posted by Christine Woodcock at 04:11