On Wednesday night, we enjoyed a fantastic guided tour of Greyfriars Kirkyard. The tour is run by Historic Edinburgh Tours. Our guide for the Resurrection Tour was Robert. And it was terrific! 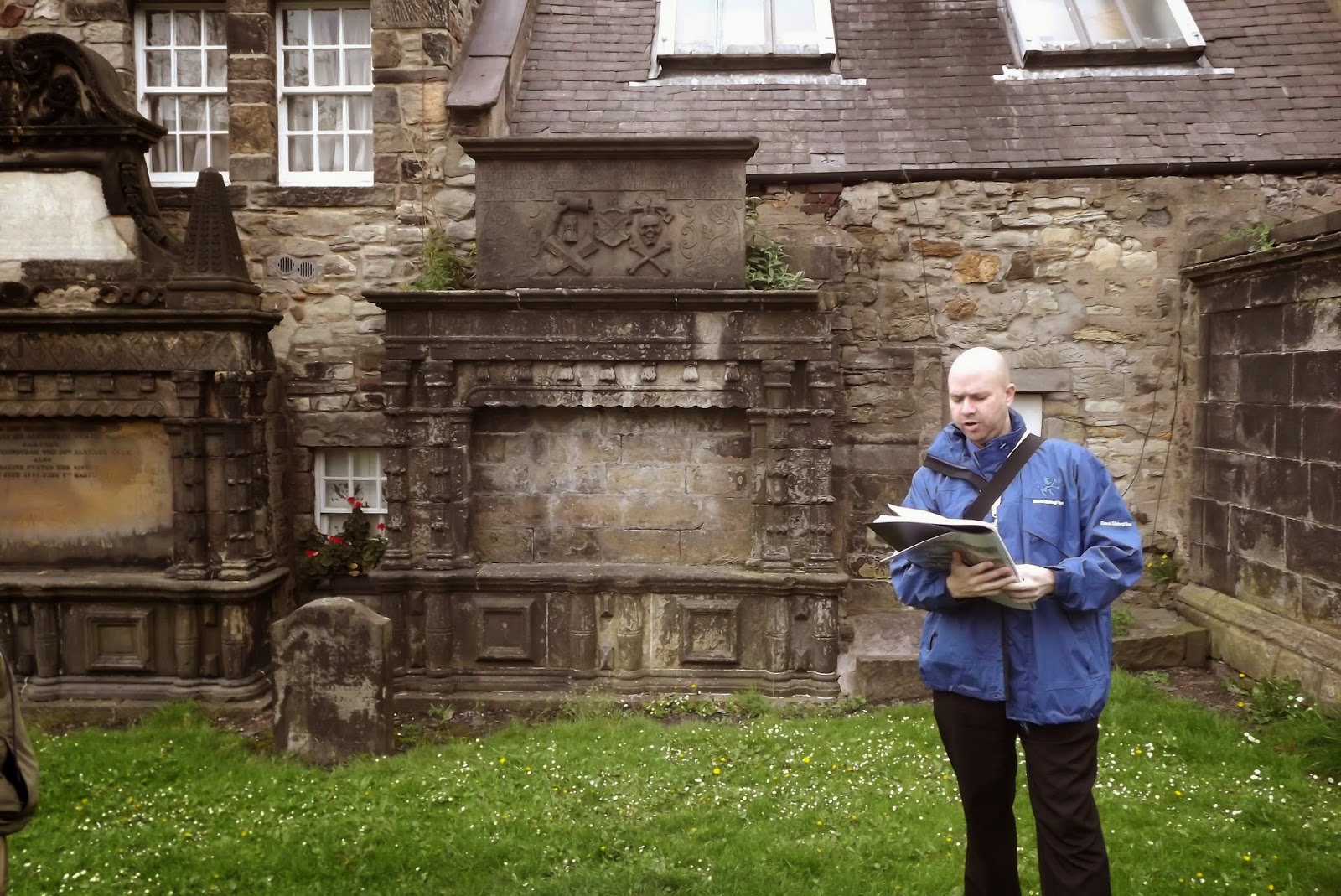 The tour is called the Resurrectionist Tour, not because they dig up bodies, but because the guides resurrect the stories of some of the more interesting characters whose bodies are buried in Greyfriars. 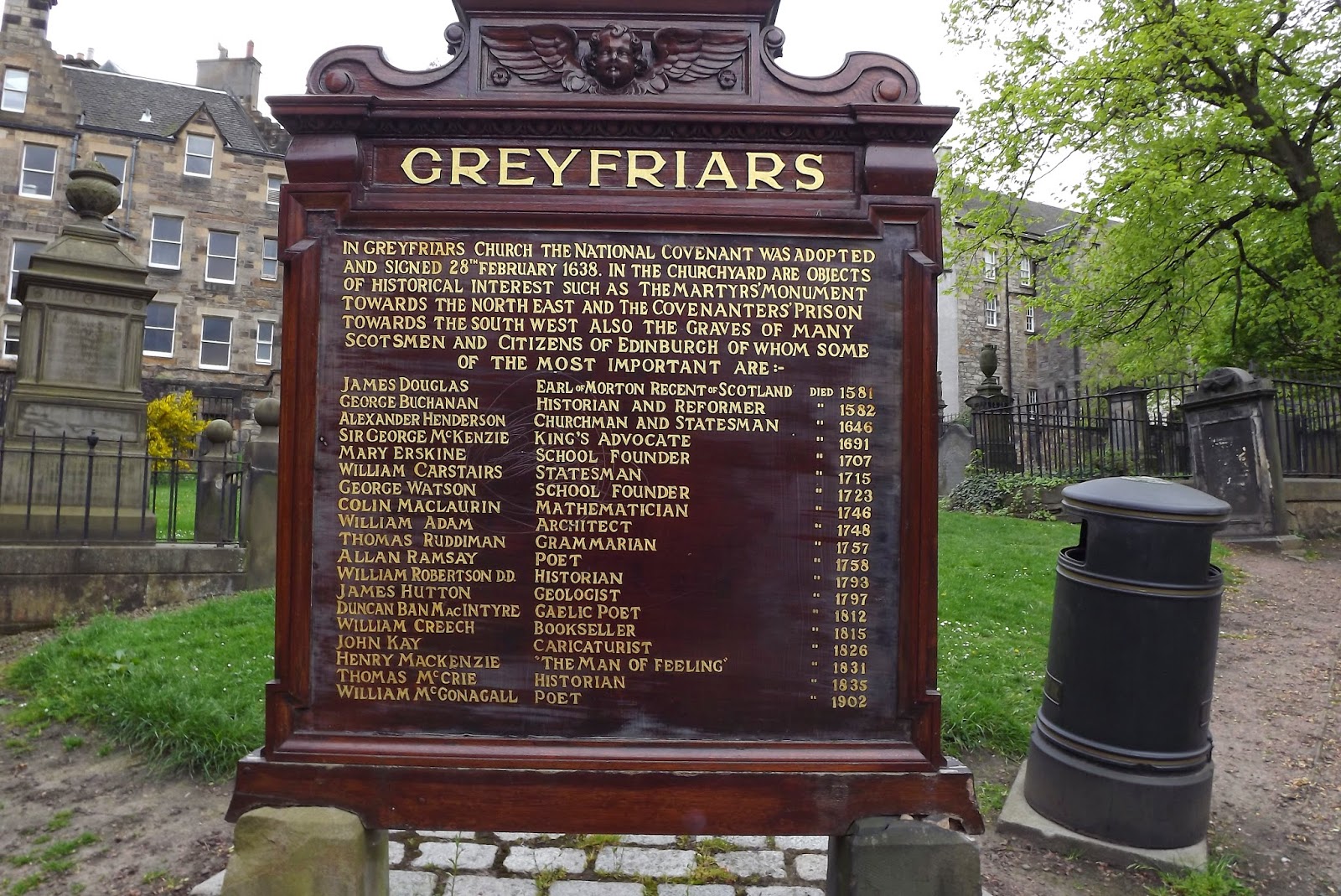 We learned about cemetery symbolism 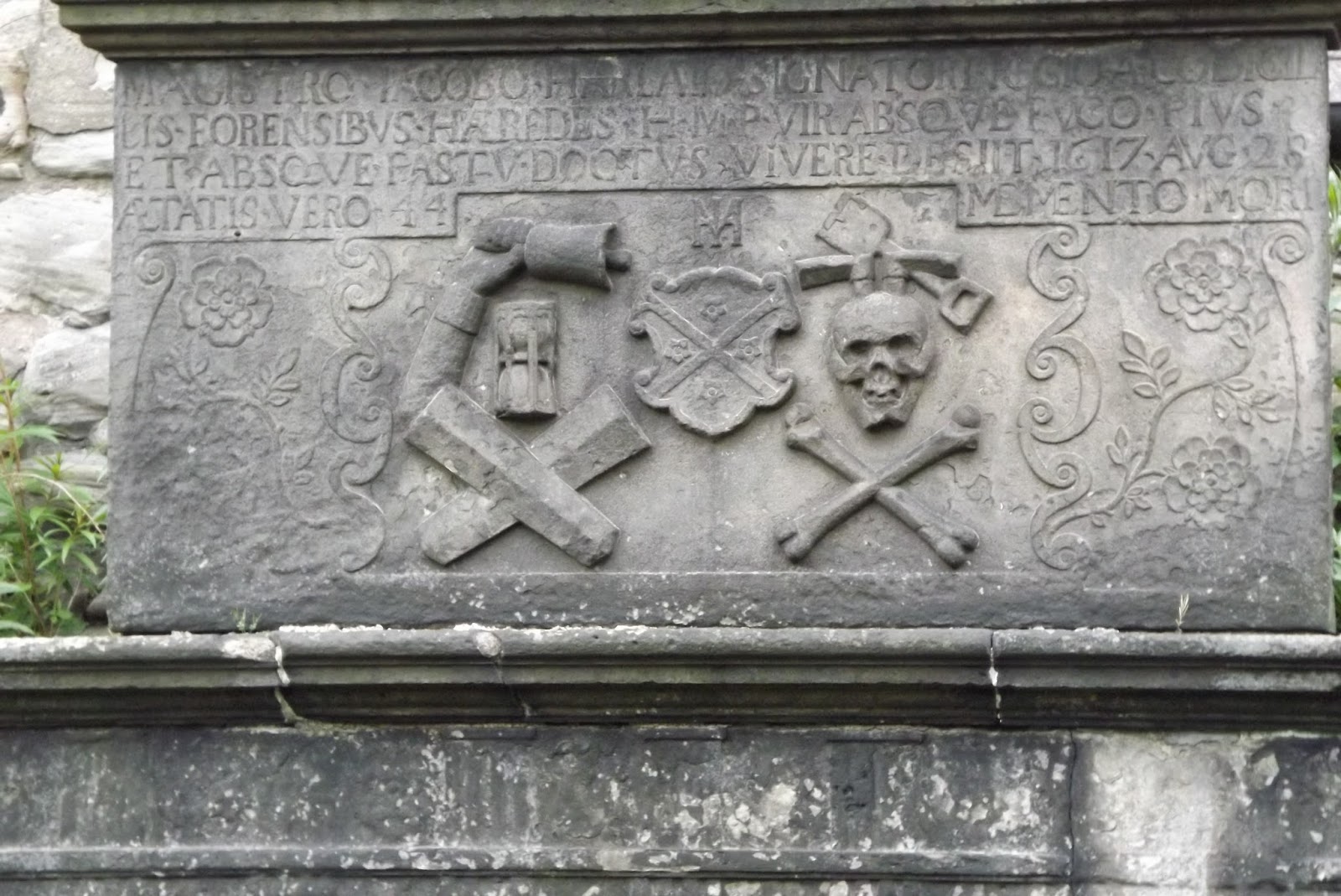 These are all symbols of death 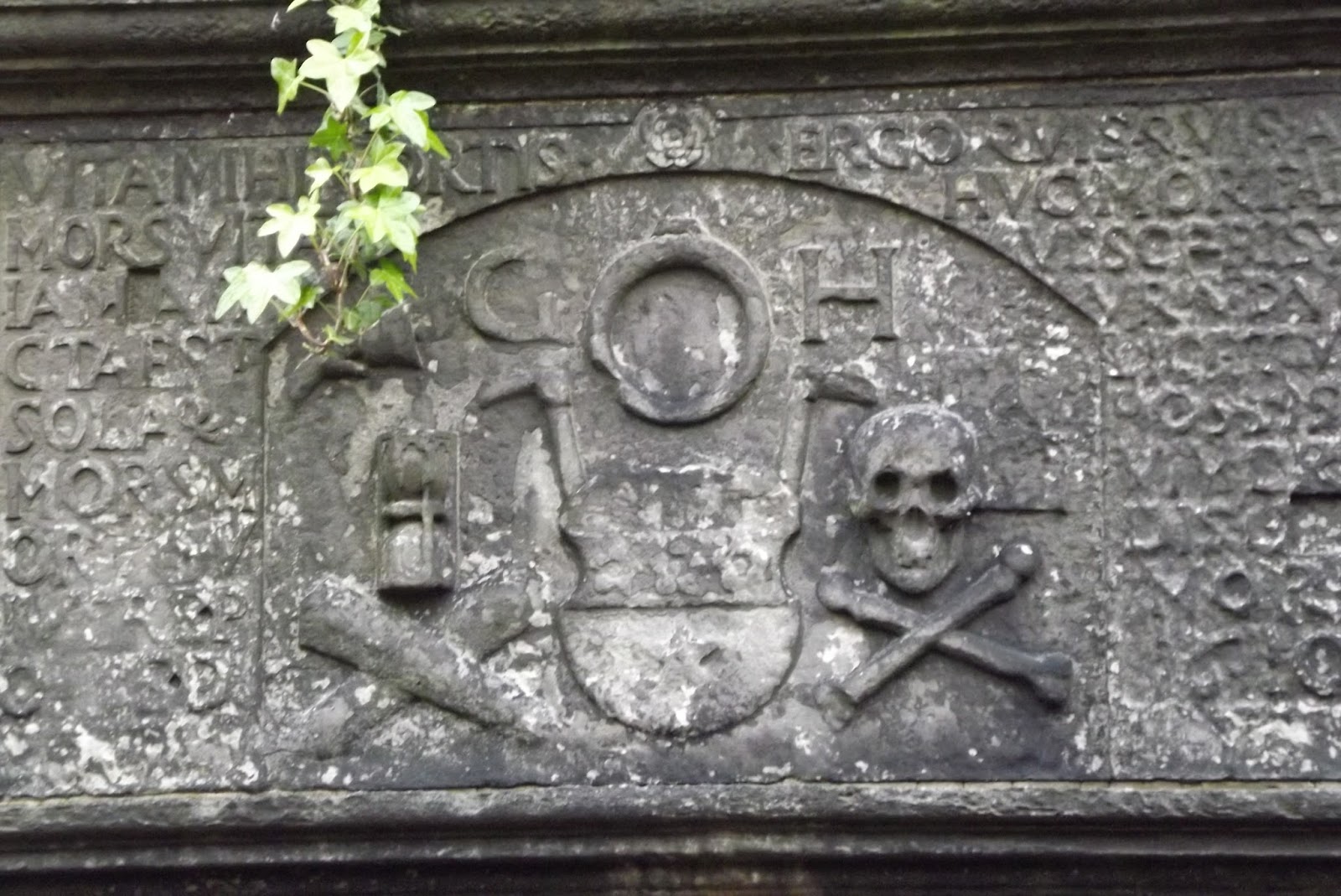 Note the ring in the middle of the stone. This is the memorial for George Heriot, a jeweller

We also learned about the importance of Greyfriars in terms of Scottish history and it being the place where the National Covenant was signed. There is a Martyrs Monument dedicated to those who perished for their beliefs 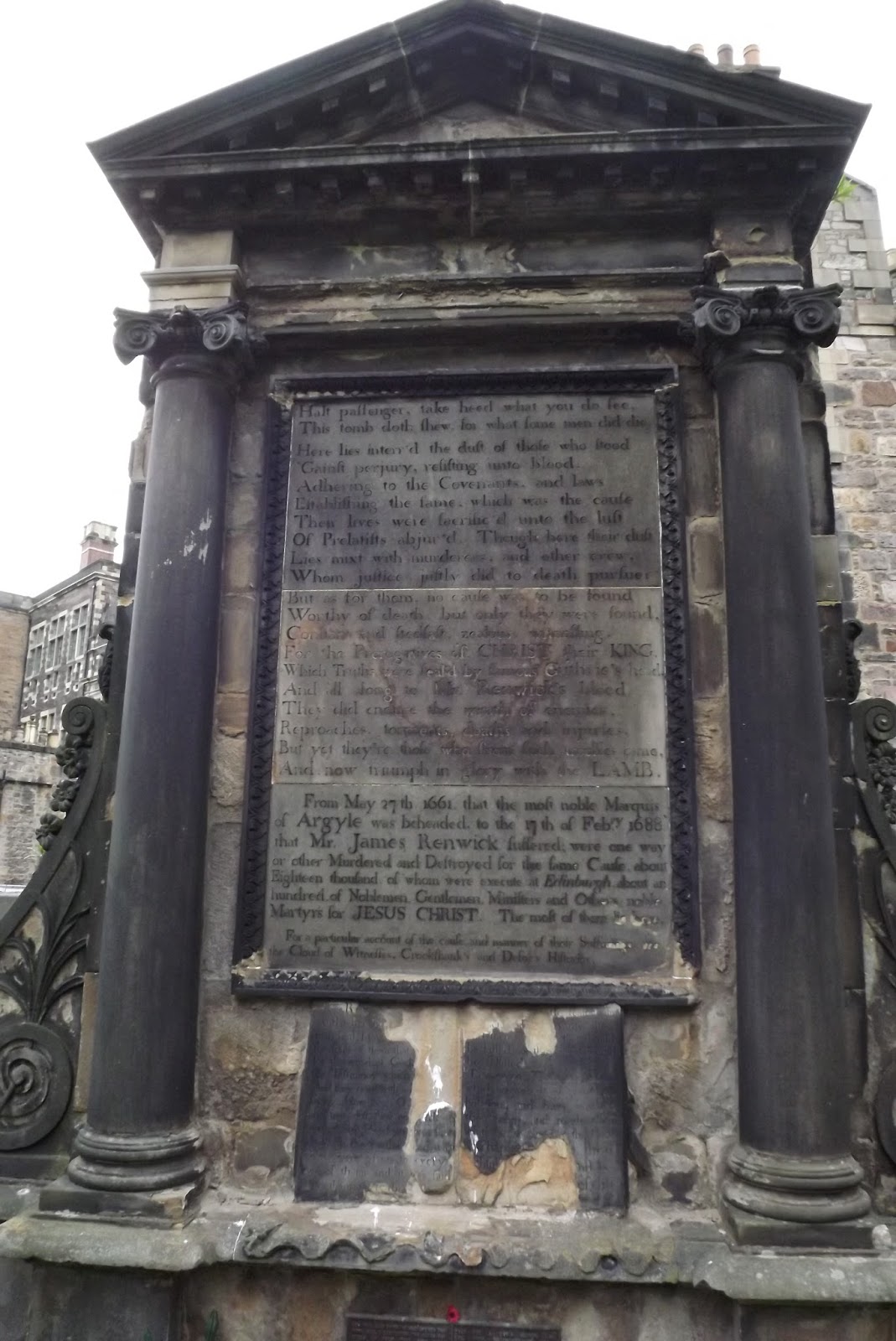 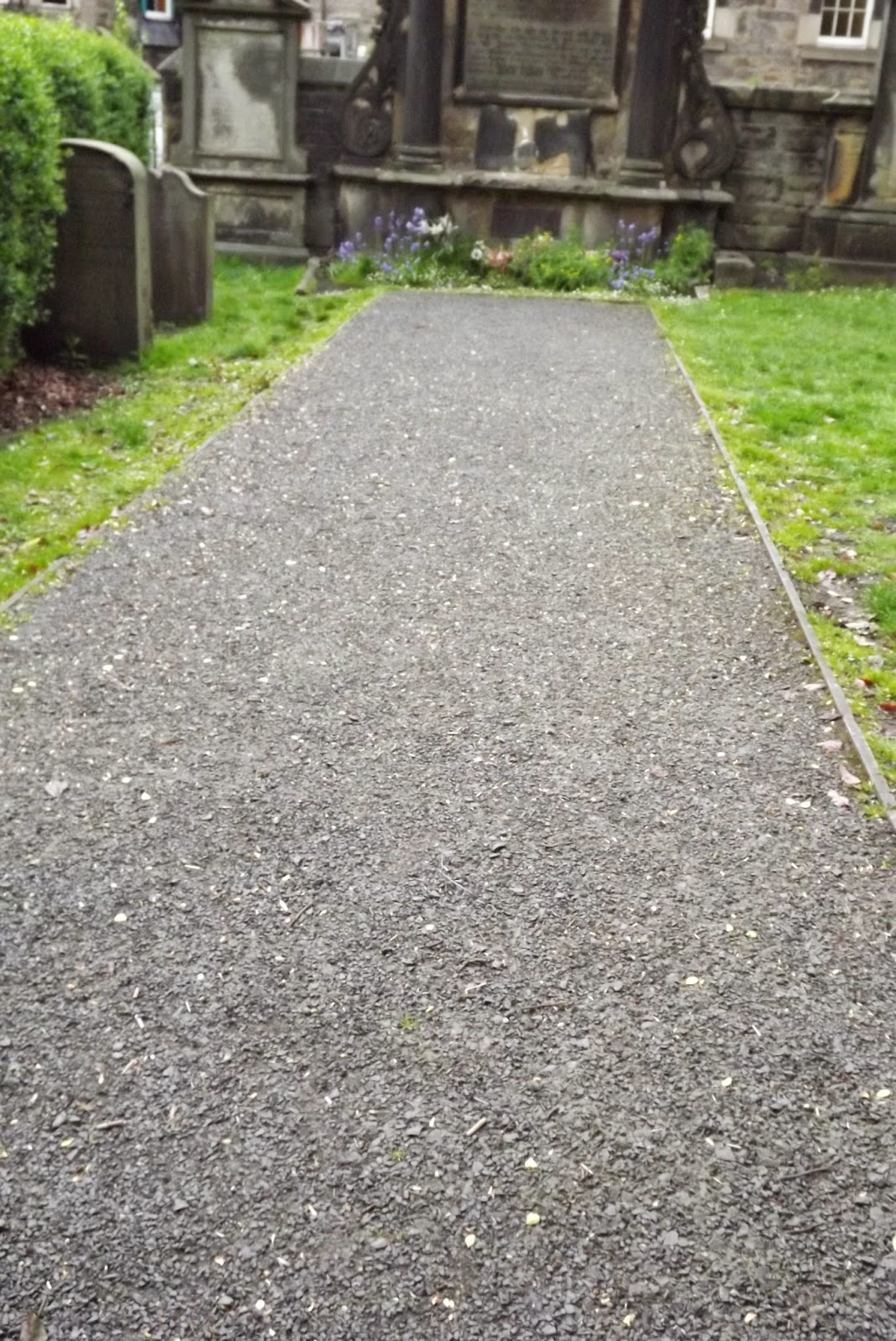 We peered into a couple of mausoleums 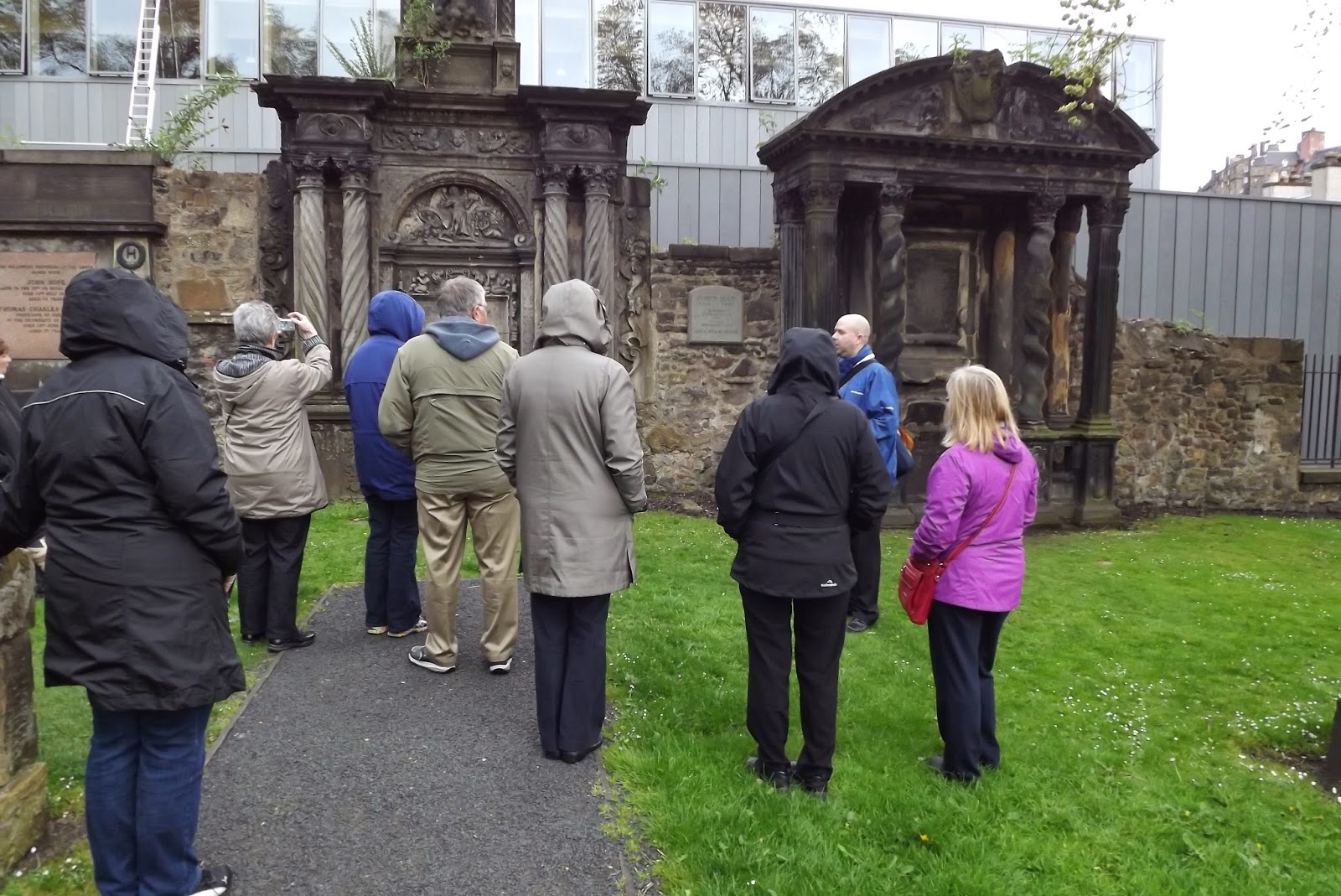 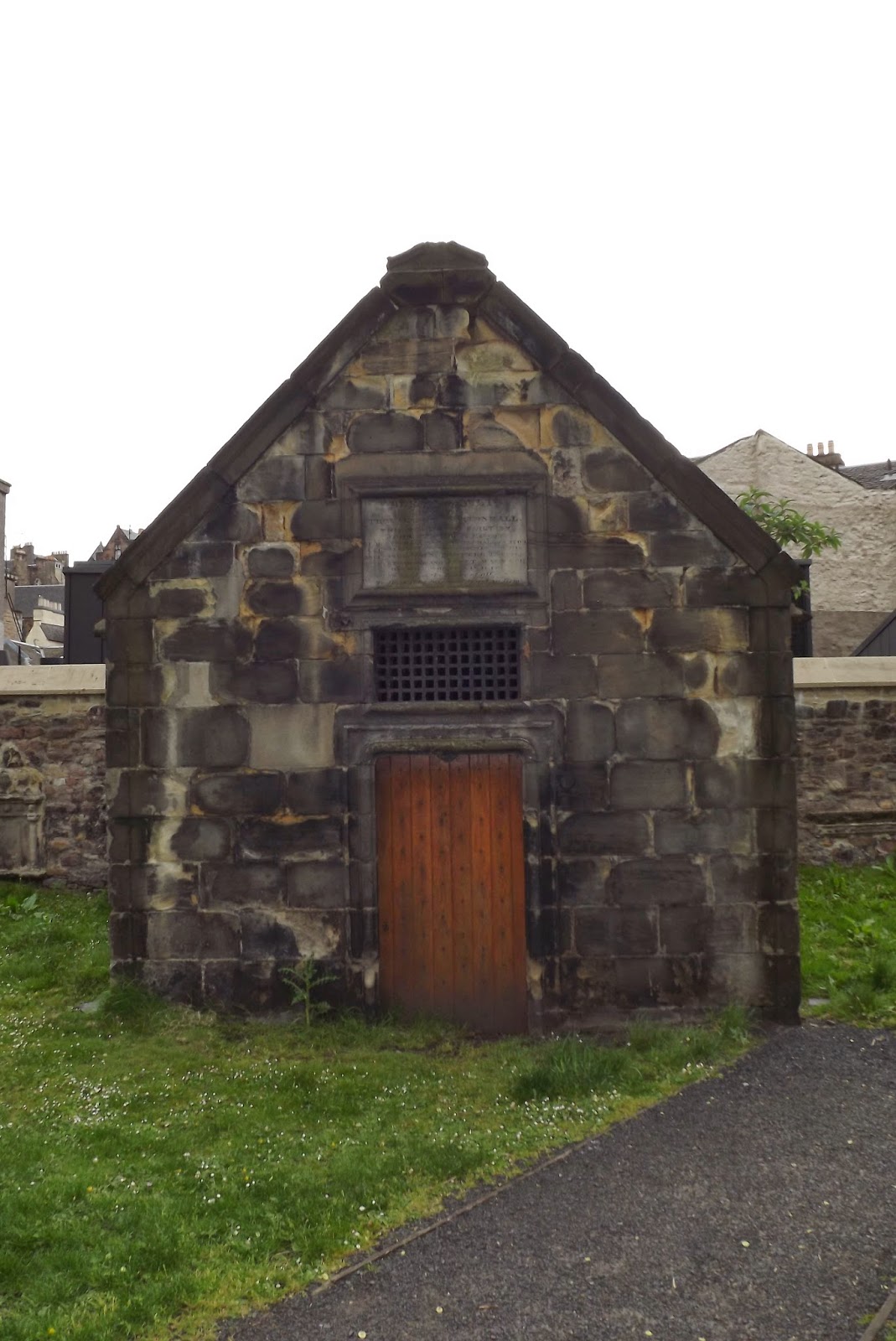 Including the mausoleum for the infamous McKenzie Poltergiest 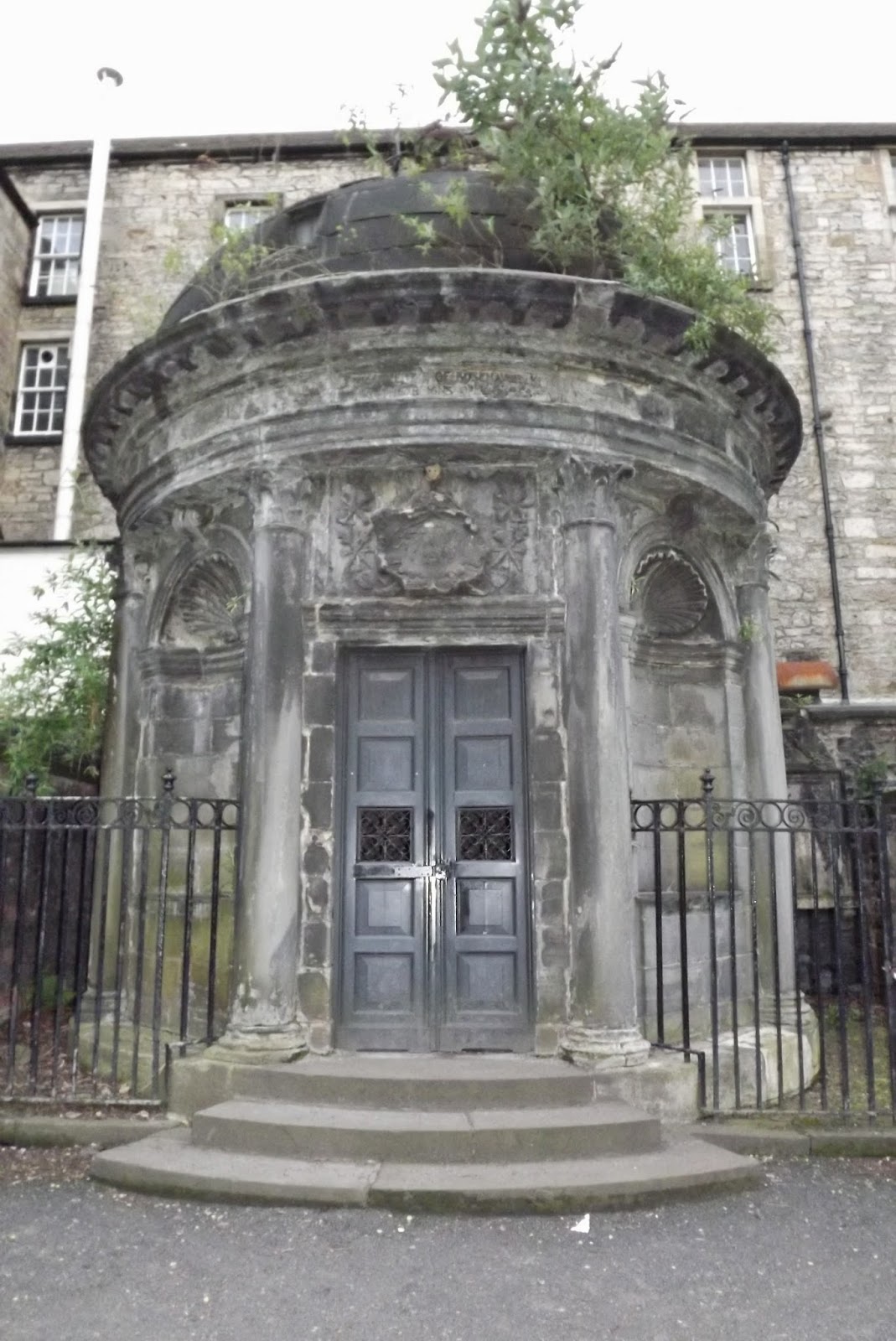 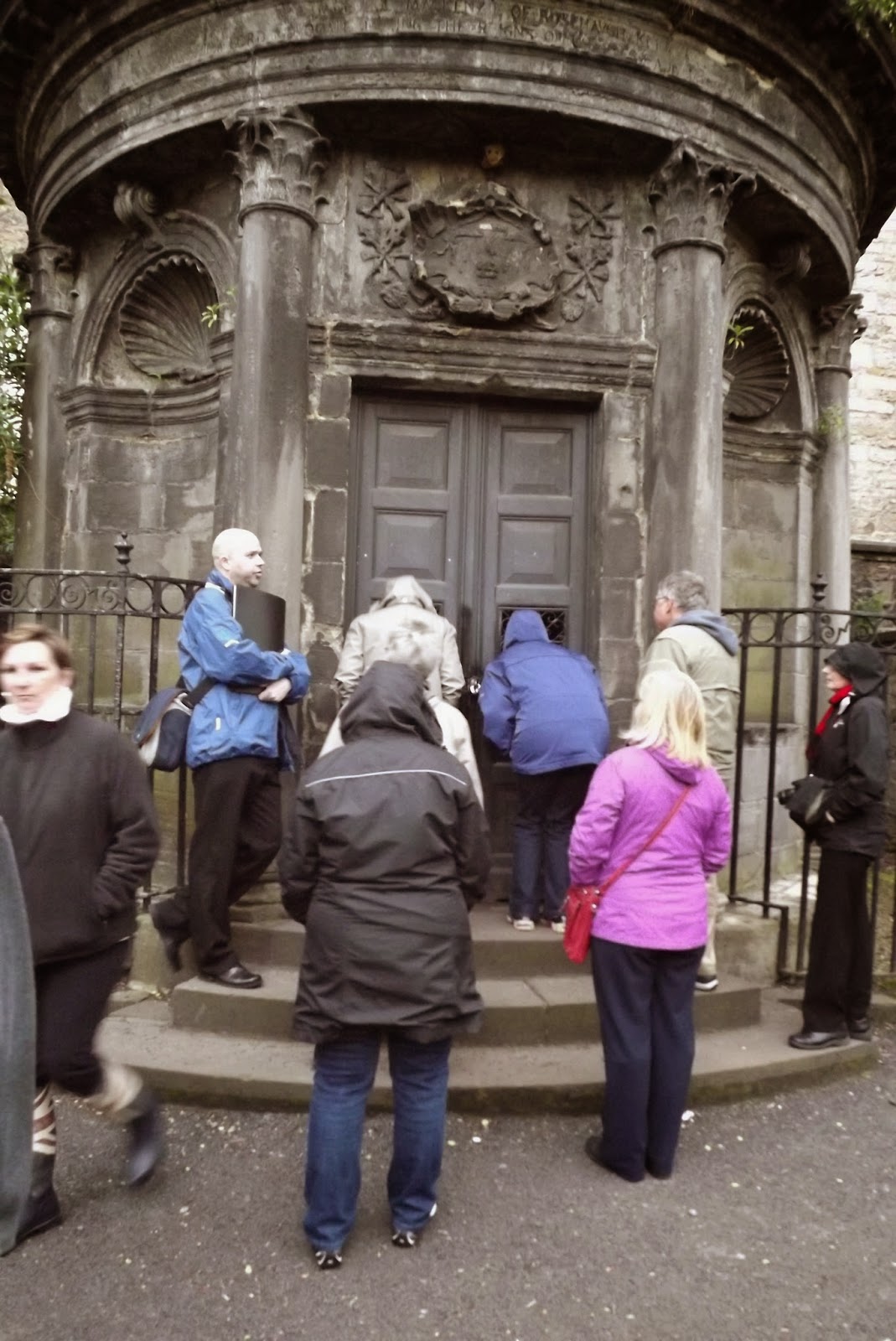 We learned about different forms of torture including thumb screws 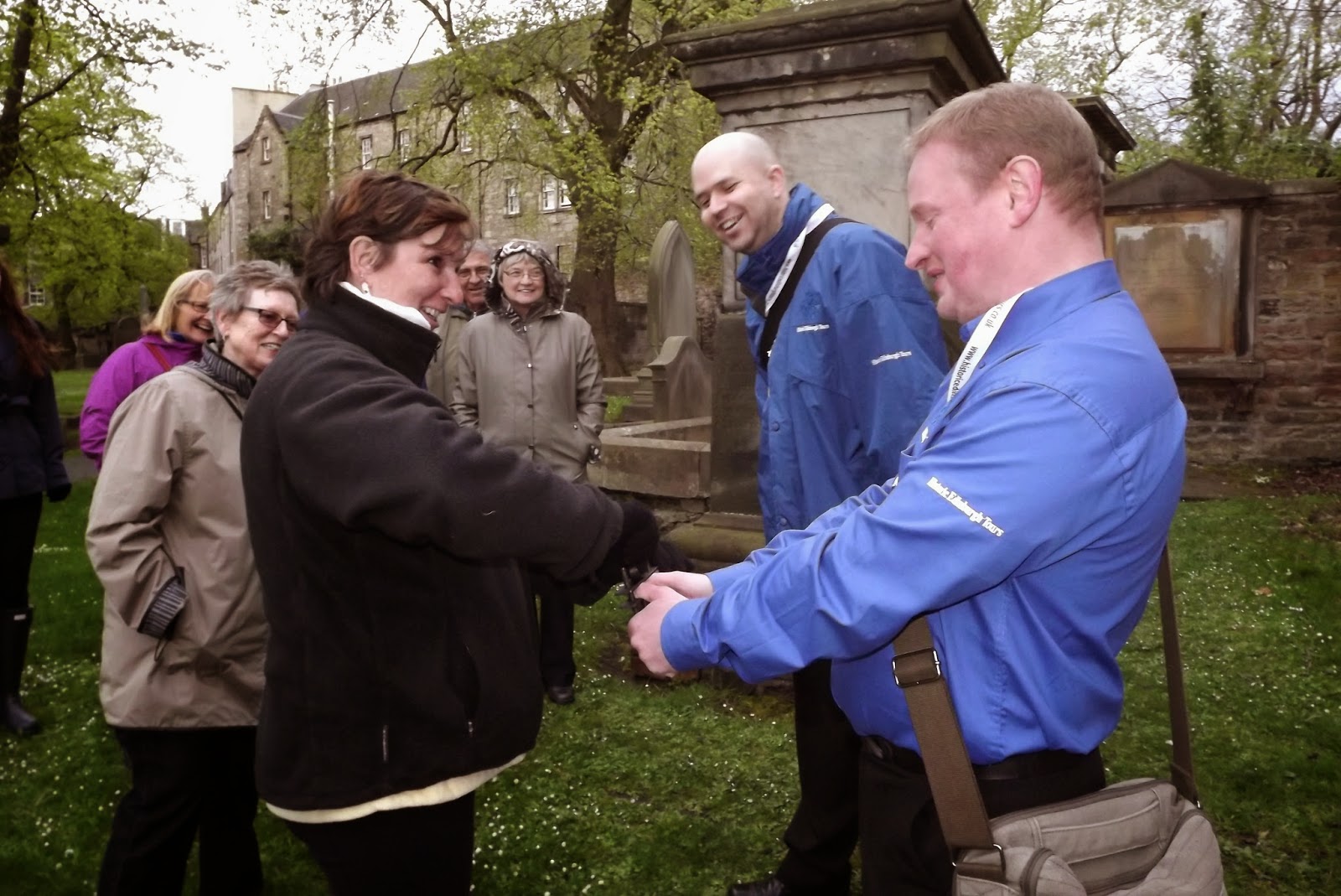 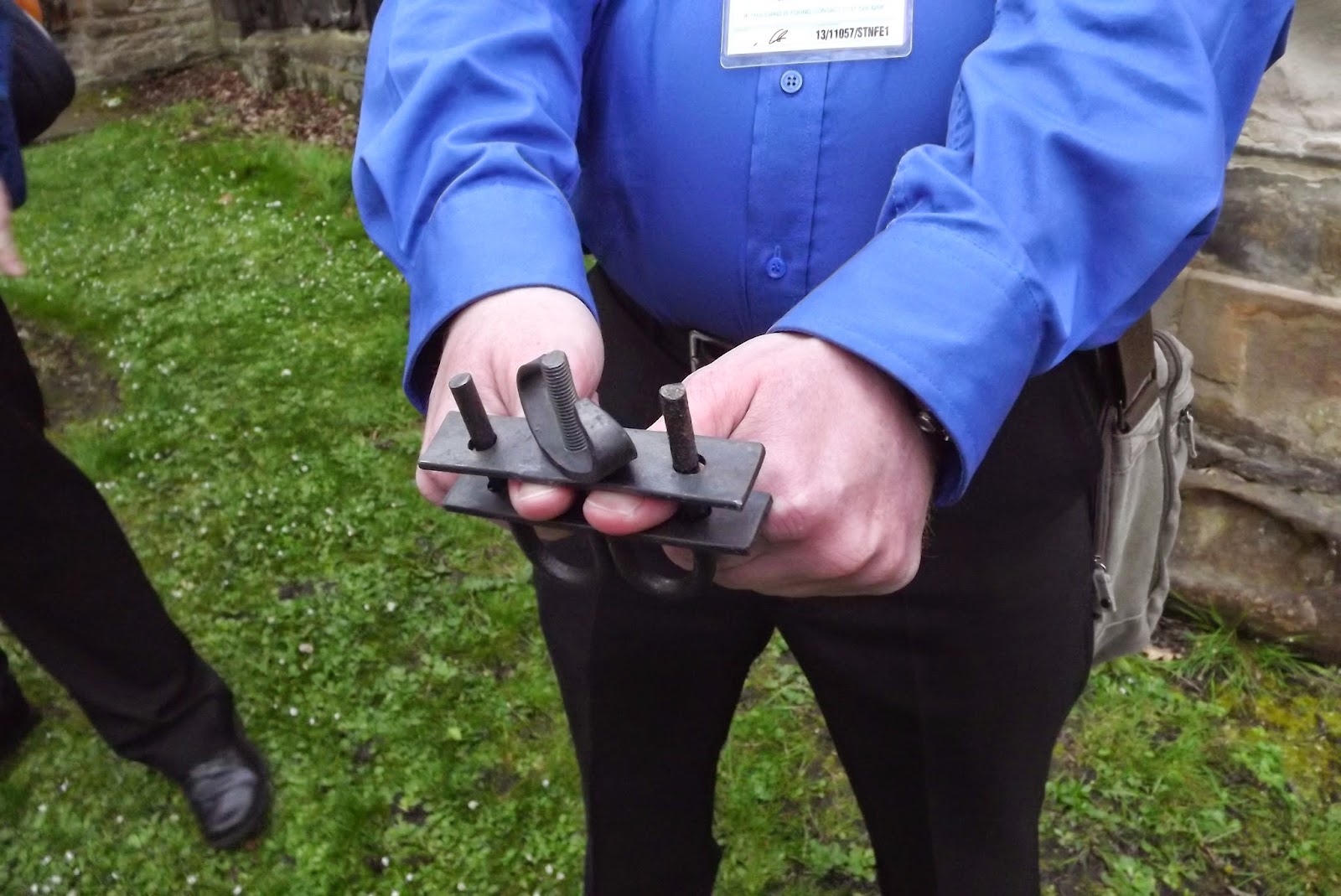 And we learned about body snatchers and mortsafes 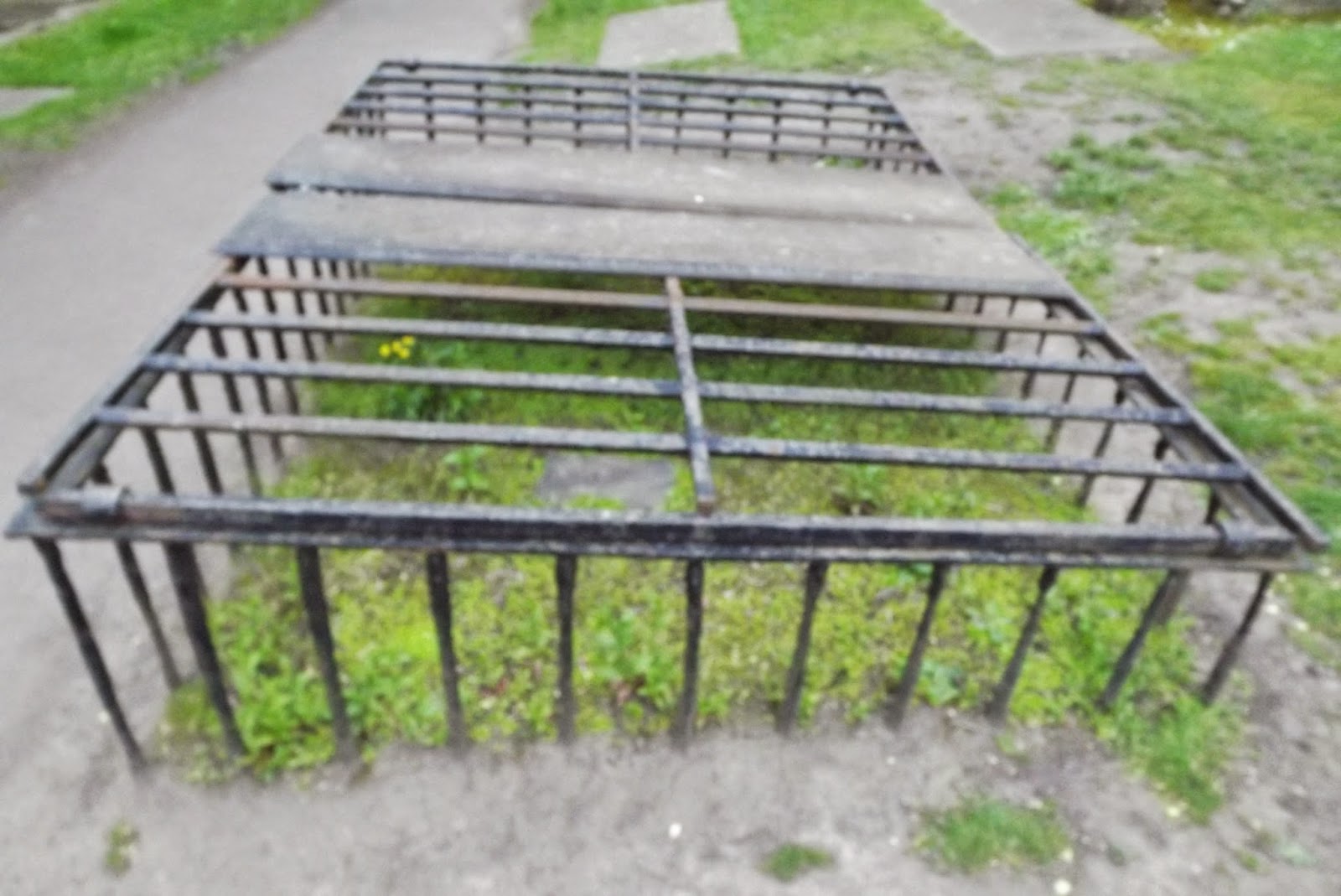 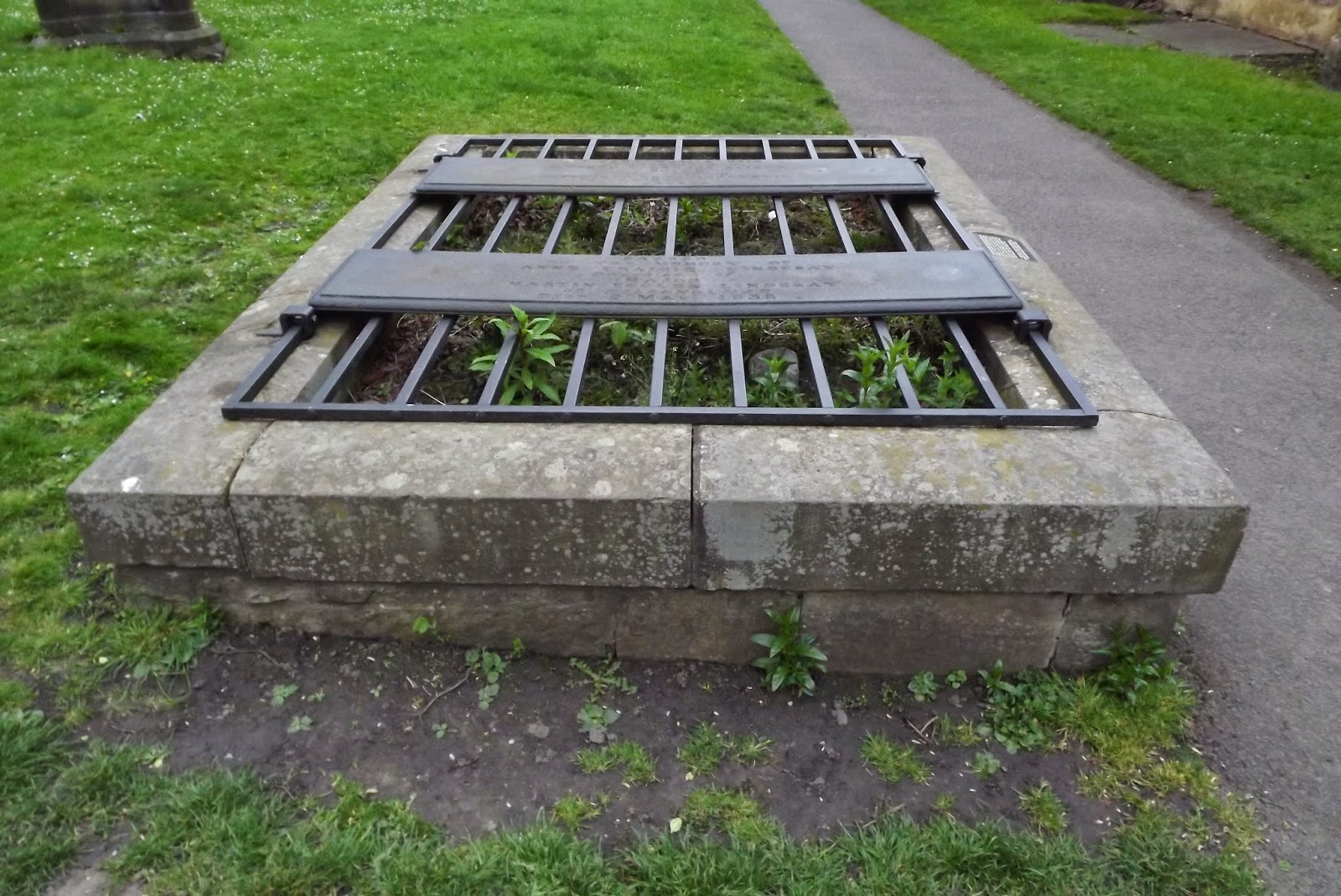 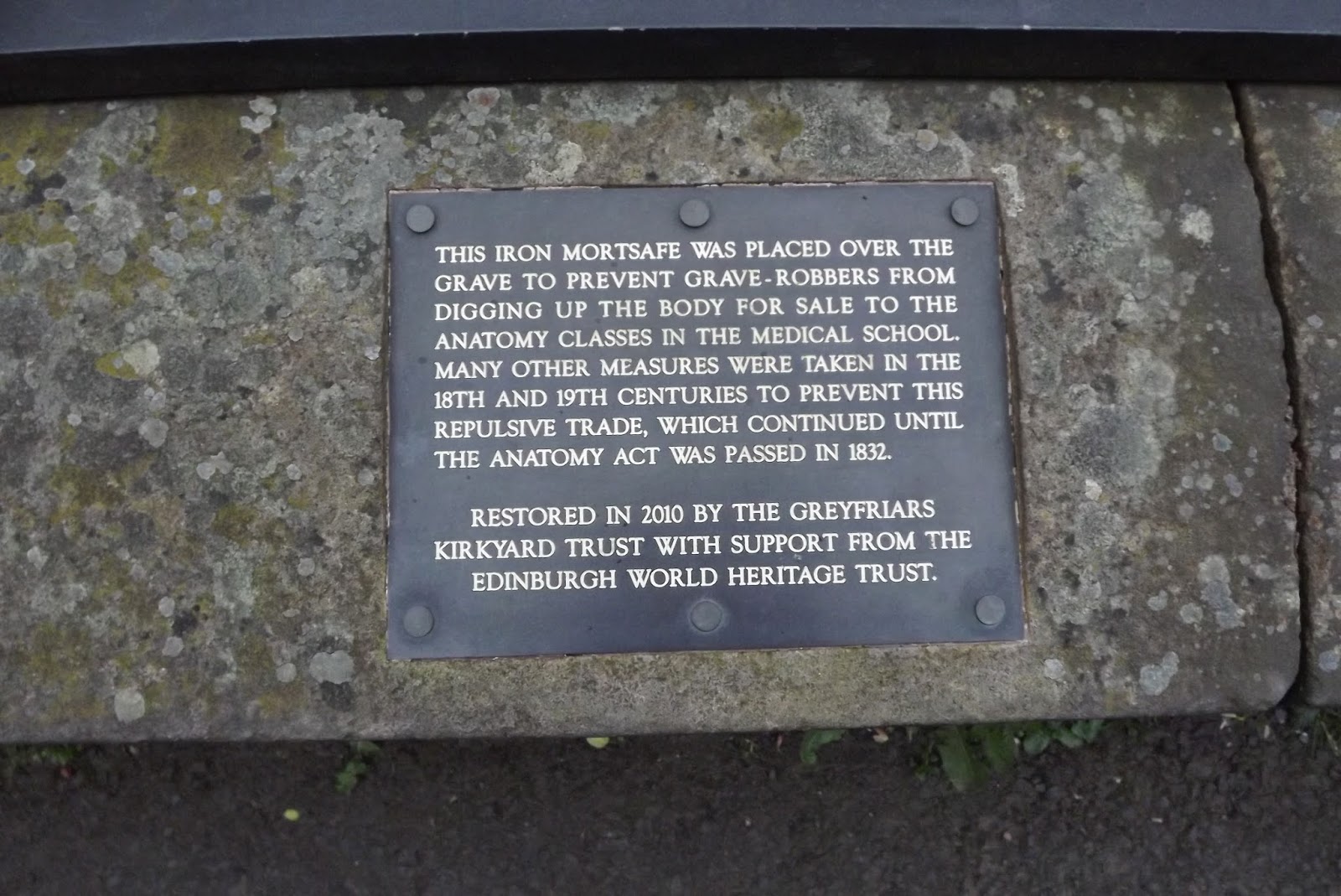 In spite of the cold, it was a very enjoyable, very informative tour of old Greyfriars and I look forward to bringing another group next year. Thank you, Robert & Paul and Historic Edinburgh Tours!

Posted by Christine Woodcock at 12:55