A Day on Tiree

At just 30 square miles, Tiree is tiny. It is impossible to imagine that in the mid 1800s, her population was about 5,000. Today it is roughly 650. Unlike some of the other small islands of the Inner Hebrides, Tiree has a school. There are 30 high school students and 50 primary school students. Students on other islands fly over to Oban for their schooling. They stay from Monday to Friday and are home on weekends.
Tiree was primarily an agricultural island, having very rich, arable soil. The major crop was barley. In later years, Seaweed was also farmed and dried. It was used in making soaps and glass. And of course, there was always a crop of potatoes. 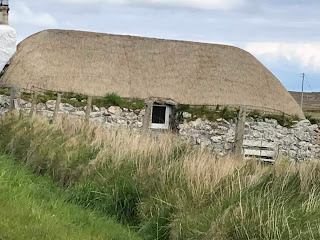 The farms are very small. There are a number of cattle on the island now as well as sheep. I have seen one horse, but apparently most farms have one as the road signs regularly alert us to horse drawn vehicles crossing over. 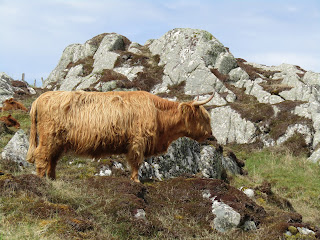 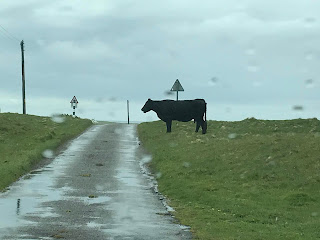 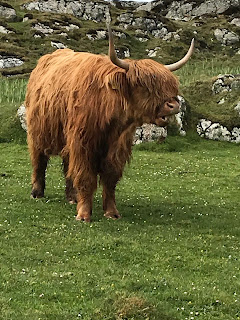 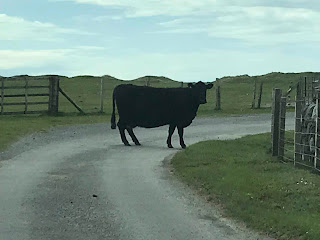 The island can be seen in a day, without difficulty. I spent several hours criss-crossing to various villages.
There are no towns on Tiree. The main village is Scarinish, which is where the ferry terminal is. It consists of a co-op, a bank and a hotel. All three of these buildings look identical to the houses and it is really only the sign on the side that alerts you to what its real purpose is. The co-op and hotel are likely double the size of most of the other houses in Scarinish but there are houses the same size dotted across the island. There are a total of 8 restaurants/cafes on the island and most are only open a few days or a few hours a week until the prime tourist season starts in June.
All of the roads are single track. As I sailed across the island today, I became impatient with 'traffic' in and around Scarinish. Perhaps a dozen cars as opposed to one or two. 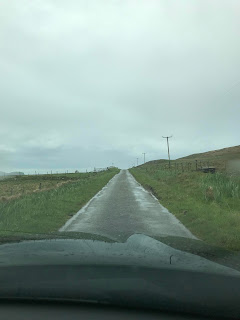 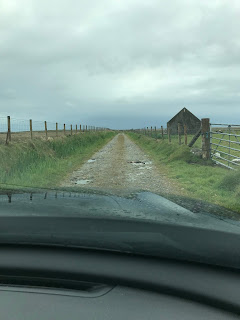 I drove over to Balemartin where my great grandfather was born. His father was an agricultural labourer. The family moved to Glasgow in the late 1860s when Hugh was about 10. 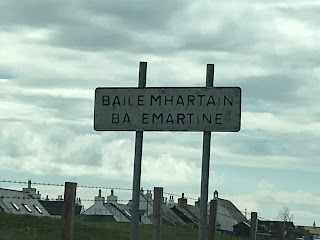 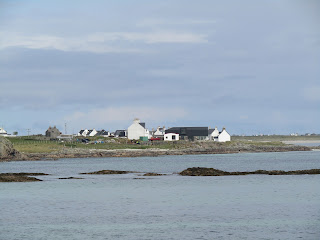 This morning I went to Hynish to learn about Skerryvore Lighthouse. The lighthouse was built by Alan Stevenson, uncle of Robert Louis Stevenson. And son of Robert Stevenson who built the lighthouse at Bell Rock.
Hynish was the building site for the Skerryvore lighthouse. 80 Stonemasons lived here, most from Aberdeen, who were the most highly qualified granite masons. They left their families in Aberdeen and lived at Hynish for a two year period.
While there is loads of granite at Hynish, it was too difficult to work, so softer, more pliable granite was shipped in from Ross of Mull. 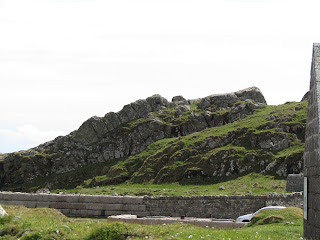 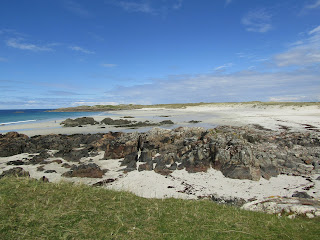 In order to get the granite in and the lighthouse out, extensive work was done on the dock. Stevenson, an engineer, built a special sluice which ran water from a reservoir up the hill, through a tunnel and into the bay, washing out the sand and seaweed that accumulated in the bay with the tides each day. 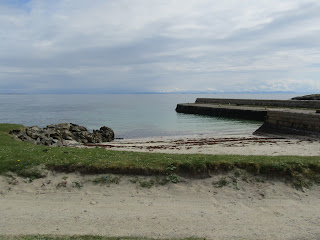 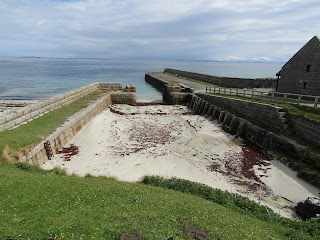 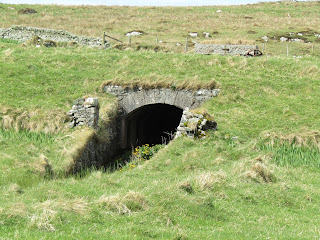 The lighthouse is 12 miles off the coast of Tiree, on a remote reef
The Hebridean trust has done extensive work refurbishing the Skerryvore establishment and creating self catering holiday homes.
Tiree is known for its white sand beaches. The beach at Kirkapol is 4 km long and offers fantastic walks during low tide. Perhaps the prettiest is a Balevullin on the north west side of the island. 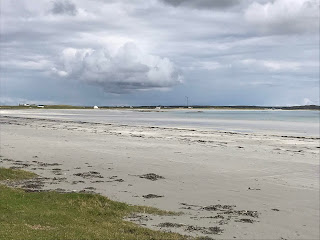 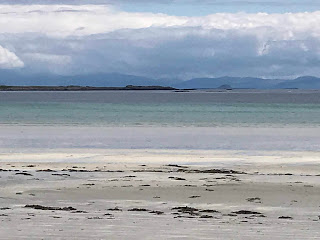 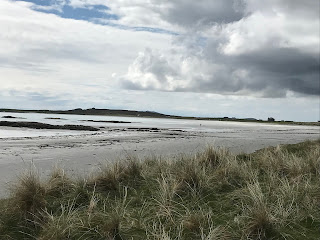 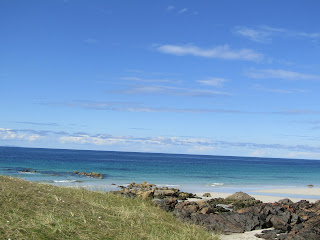 Posted by Christine Woodcock at 20:11