The weekend of the Genealogy Tour allows for some down time for the tour participants. It also allows them the opportunity to travel to the area of Scotland where their ancestor(s) lived.

Several participants went to their ancestral village, town or city over the weekend. Others continued to research at the National Library and a few went to a fantastic talk by Bruce Bishop on pre-1841 census research.

I took a drive down toward Dunbar to see Tantallon Castle and the Bass Rock. The castle was built in the mid 1300s by William Douglas, First Earl of Douglas. In spite of a few sieges and damage in battles, the castle remained in the family of William's descendants (the RED Douglases) until 1699 when it was sold to the Lord North Berwick. The ruins are now in the trust of Historic Scotland. 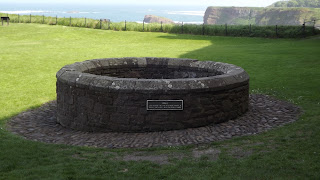 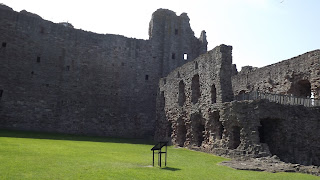 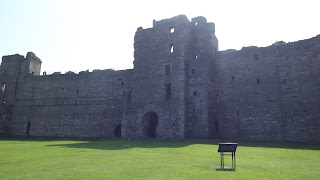 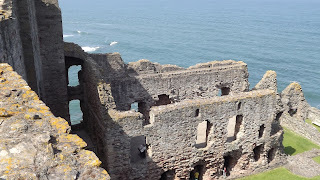 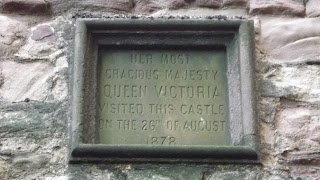 My primary reason for visiting the castle was to get a good view of the Bass Rock. The Rock is a volcanic rock about two miles off the coast of North Berwick. It is now a bird sanctuary but in it's day was a retreat for Baldred, a christian hermit. Later the castle built on the rock was used as a safe house for James I until he could safely be transported to France. 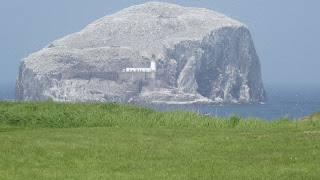 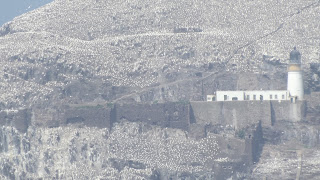 In the mid 1600s, the remains of the castle were converted to a prison for the Covenanters who were arrested and imprisoned for preaching their religious beliefs. Their imprisonment was anywhere from a six month sentence up to a six year sentence.

Many of the prisoners starved to death in the prison. There was no sanitation. They had no access to clean water and in the winter or stormy months, boats were unable to land in order to offload supplies of food. 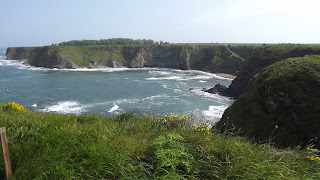 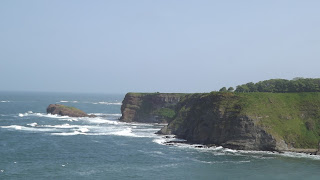 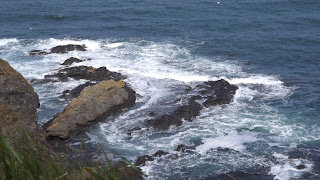 In 1691, four Jacobites imprisoned on the Rock managed to escape their cells and took possession of the prison. They held this siege against the government for a period of three years!

Posted by Christine Woodcock at 06:10