From This Day Forward

Harry and Ada Woodcock married on January 31 1940 in Trinity Church in Brantford Ontario. Young Harry was just about to be shipped out on active duty as a gunner in WWII 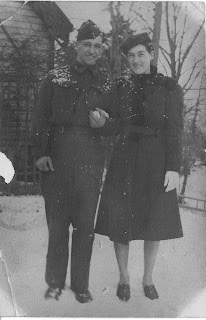 Dot and Tommy McDonald were married on January 31, 1957 in Rosewell Kirk. 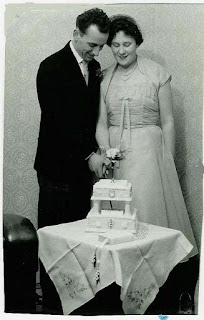 Happy Heavenly anniversary Mom, Dad, Mum and Dad
A wedding anniversary is the celebration of love, trust, partnership, tolerance and tenacity.  The order varies for any given year.  ~Paul Sweeney
Posted by Christine Woodcock at 08:24