One of the things I had hoped to do while I was in Scotland was retrieve some old photgraphs. These were not just for me, but for me to share in the family newsletter and with anyone who might be in the photographs or whose family might have been in the photograph. My uncle is reluctant to pass over old photos in case he doesn't get them returned. Knowing that he didn't  have to part with his photos made it far easier for him to share.

Both my eldest aunt and my uncle were ready when I arrived with my Flip Pal. My aunt had a box of old photographs of her family and of her siblings. My uncle had taken out his photo albums and was able to share old photos that way.

One of the joys of the Flip Pal is that I could scan the photos at my aunts, load them into my laptop and then share the photos with my uncle when I went to visit him. 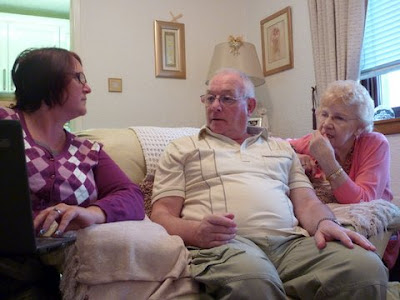 Neither aunt nor uncle have computers but both marvel at what can be done with them. My favourite photo from this part of my trip was the look on my aunty's face when she and my uncle saw, for the first time, a photo that my eldest aunt had of my grandfather. 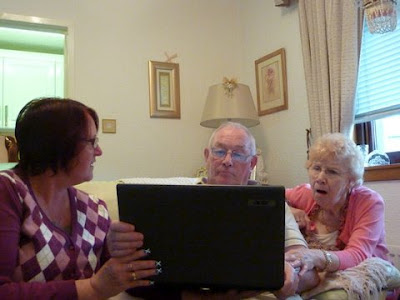 And here is the treasured photograph: 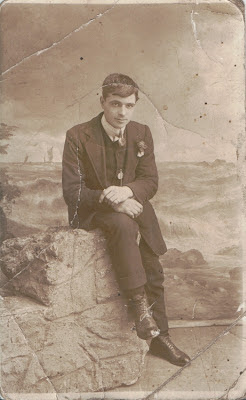 I believe this was taken just prior to my grandfather's marriage to his first wife, Sarah Costello. Sarah died in childbirth with their sixth child.
Posted by Christine Woodcock at 15:30