It is almost 700 years since the Declaration of Arbroath was created. This event is celebrated every year in North America by the Scots Diaspora as a day to honour their Scottish heritage. April 6 has officially been deemed 'Tartan Day' in both Canada and the U.S.

As for the original declaration, it was entered into parliament on the 6 April 1320 and recorded as: 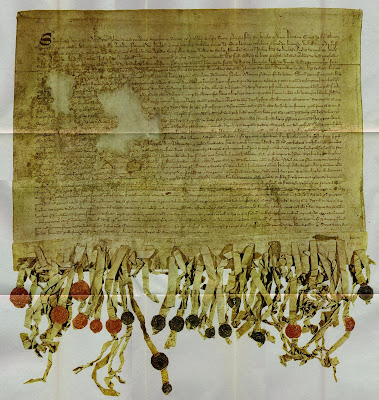