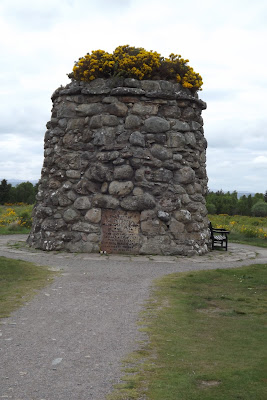 Today is the 270th anniversary of one of the bloodiest battles in Scotland's history. Over 1500 men were killed in less than an hour. This was a decisive defeat for the Jacobite forces. And was the beginning of change that led to mass emigration to the American Colonies, the West Indies and eventually to Canada. 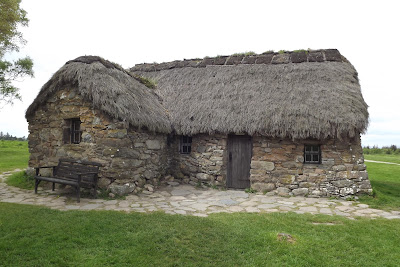 Leanach Cottage on Culloden Battlefield is the only building remaining from the time of the battle. It continued to be occupied up until 1912. The cottage did have barns, but they were burned down by government forces when 30 or so Jacobites who had been wounded but not killed were found seeking refuge in the barns. The gov't forces barricaded the men in the barns and set the barns alight, killing the men and razing the barns to the ground. 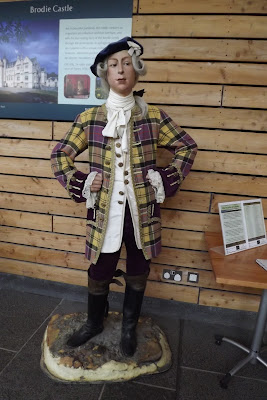 In the aftermath of Culloden came the Act of Proscription in 1747. This was an attempt by the English government to do away with the Highland way of life.  The Act banned the wearing of tartan, or Highland dress except for army uniforms. It further banned the carrying or owning of broad swords, durks, pistols, guns or any other "warlike" weapon. Government officers were authorised to search houses and arrest anyone who had proscribed weaponry in their possession.
Many who were arrested were then banished to the colonies for a period of 7 or more years.
The Act wasn't repealed until 1782 and by that time, the Highland Clearances had begun with tenant farmers and crofters being moved off of the highland estates to make way for more economical and lucrative sheep farming.

Posted by Christine Woodcock at 05:30