SAVE THE GOVAN STONES 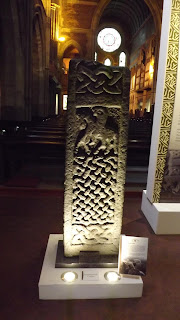 The Govan Stones are an absolute gem of a discovery and give a fascinating glimpse into the depth of history of the Strathclyde area. During an excavation in the kirkyard, a number of ancient stones, dating back to between the 9th and 11th centuries, were uncovered. It is thought that these stones are so large and elaborate because they originally were carved to commemorate the lives of some of the more powerful kings and families in the ancient Kingdom of Strathclyde. 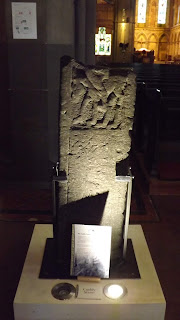 The church has done an amazing job of showcasing the 31 stones, which are displayed throughout the church, with storyboards explaining the carvings and thoughts behind their meaning. 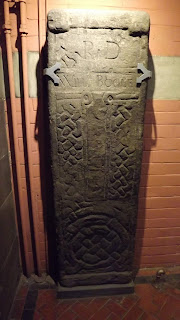 Perhaps the gem of the collection are the 5 ‘hogback’ stones. While they were named because of their resemblance to a hog’s back, they are also very much replicas of Viking ships which have been upturned. Another tangible piece of history of Strathclyde’s historic connection to Viking history. 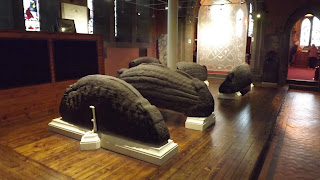 And if the hogback stones are gems, then the crown jewel is most definitely the stone sarcophagus, uncovered 1855 and thought to have held the remains of St Constantine, son of Pictish King Kenneth MacAlpin, who died in 876. 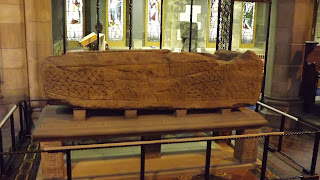 Strathclyde was a powerful ancient kingdom of the Britons from the 5th to 8th centuries. The Kingdom was initially centred in Dumbarton and spread all along the Clyde river. The Kindgom stretched all the way to Cumbria in the south and then west over to Wales. The Govan Stones are tangible proof of this. As such they need to be not only maintained, preserved and conserved but also displayed in a way that the public can see them, enjoy them and learn from them.

Two years ago, the Govan Stones were deemed “a wee gem of a museum” by Dig It – celebrating Scotland’s archaeology. 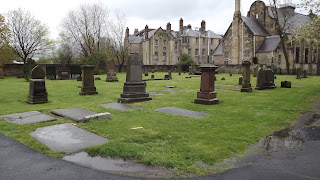 The stones are housed in Old Govan Parish Church. Surrounding the church is a very old, very historic graveyard – proven by the fact that these stones and the sarcophagus were once buried here. The church is an A-listed building. A building of national or international importance. It was recently slated to be closed, leaving access to the stones also closed.

As a last minute effort to keep the church open and the stones and sarcophagus available to the public, the Govan Heritage Trust has managed to stop the closure. However, this is a short-term fix and money is desperately needed in order to keep the building open long term. The Govan Stones have launched an appeal for funding. To assist with this appeal, please visit The Govan Stones Appeal website. Please help to keep this historically significant collection open to the public.

Posted by Christine Woodcock at 10:43