Tombstone Tuesday -and the Travels of a Taphophile

I spent three weeks in Bonnie Scotland in May. For the first two weeks, I headed up a group of family history researchers. I learned a great deal about my own family history during these two weeks. I was also able to spend a lot of time getting better acquainted with Edinburgh, my favourite city.

As my kids know only too well, I am a bit of a “taphophile”.  A taphophile is someone with a passion for and enjoyment of cemeteries. Taphophilia involves epitaphs, photography, brass rubbing, art, and history of deaths.

A Taphophile describes someone who travels to visit cemeteries for the enjoyment of looking at old and unusual stones. Taphophiles are usually more interested in the historical aspects of cemeteries or graves than they are in the people who are buried within. I took in two cemetery visits while in Scotland. The first at the Necropolis in Glasgow. The Necropolis is the largest and oldest cemetery in Glasgow, covering 37 acres and housing 50,000 corpses. There are 3500 monuments/mausoleums. These include  some of the most ornate structures in Scotland, and are a testament to the early merchants of the city. 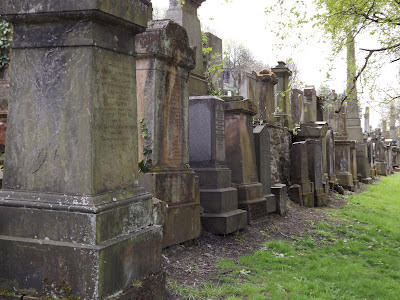 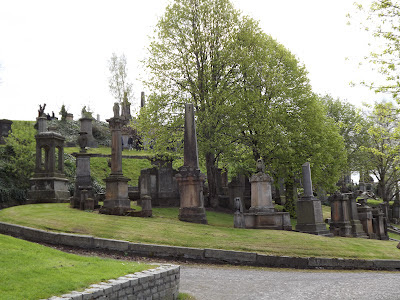 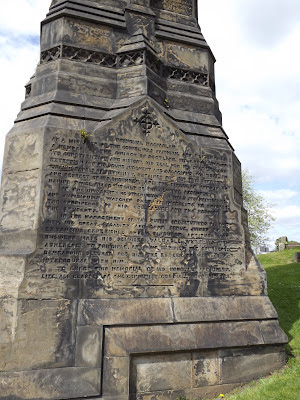 While I would hate to have to transcribe this headstone, I was in awe at the amount of information one could glean from it. The entire obit (or perhaps even eulogy) is contained on this monument! 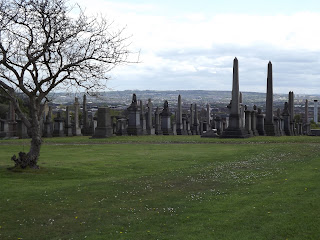 The Necropolis is, in fact, located in the Merchant City area of Glasgow. These merchants, or “Tobacco Lairds” as they were known were prominent in the trade and shipping industry—shipping sugar, tea and tobacco. Also in this area are the textile industries, warehouses, the largest carpet factory and the local market area know as the Barras. 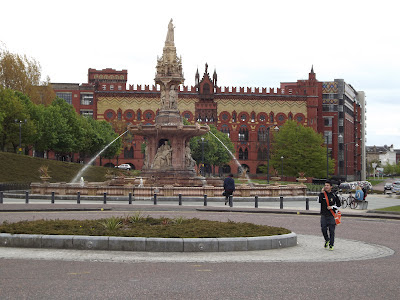 Glasgow Green, the largest and oldest park in Glasgow also dominates this area. The Green was an open space which was welcome relief to the crowded tenements of the factory workers. Public hangings and public rallies were a large part of life at Glasgow Green.

My second cemetery visit was at Greyfriars Kirkyard, a particular favourite of mine. The graveyard was within a couple of blocks of the hotel. 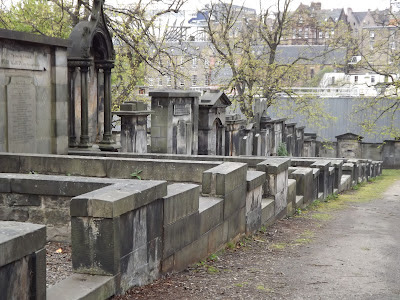 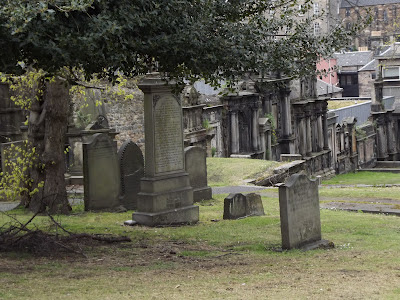 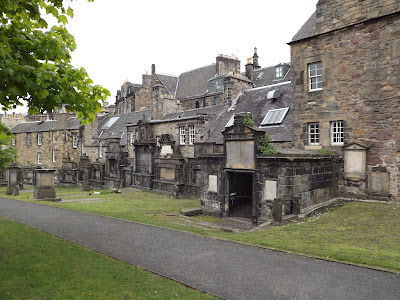 I became so much more aware of the history of the area in this old part of Edinburgh. That awareness was interesting to me. I love Edinburgh and can’t count how many times I have taken the city tour. But most trips to Edinburgh have been a day here and there or in for a specific purpose and then out again. This time, living in Edinburgh, I was much more aware of the city and of the history of Old Edinburgh—especially the area formerly surrounded by the Flodden Wall. The wall was two fold in purpose. One was as a military defence but the larger purpose of the wall was that it controlled entry to the market through a number of ports. This was particularly important once Edinburgh was granted status as a Royal Burgh, making it entitled to collect taxes on imports and exports. It also was a deterrent to smugglers. The Flodden Wall was built after the battle at Flodden Field. It extends from the Castle, around Grassmarket, through the Kirkyard at Greyfriars, down to the Mound and ends at Princes St Gardens. 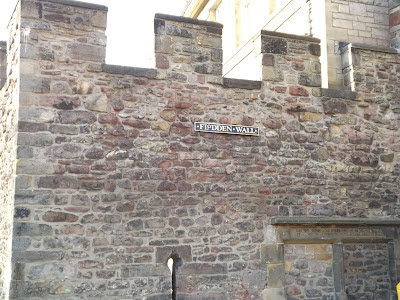 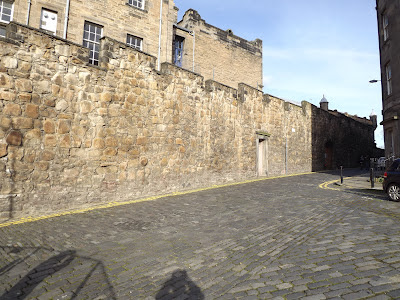 My third and final cemetery visit was at the Kirk O' Shotts, where some of my ancestors are buried. Interestingly, they are buried together in the same plot, but the headstone only indicates three people buried there. Thankfully the burial records from Kirk O' Shotts show the others who share the grave. 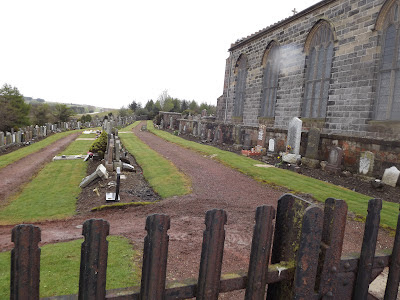 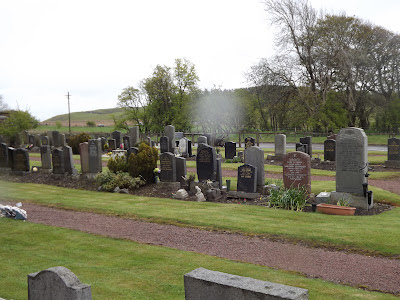 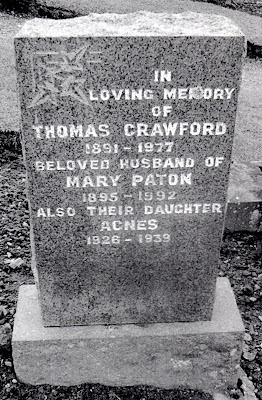 And, although I didn't get a chance to visit in person, I was able to get photos and MIs of my ancestors who are buried in Mid Calder cemetery, thanks to the publication of the Mid Calder Cemetry by the Scottish Genealogy Society. These photos were particularly moving since a great deal of my research time this trip was spent piecing together the story of Walter, Mary and their children, one of whom is my paternal Grandmother.

Posted by Christine Woodcock at 13:42