April 6 is officially known as Tartan Day in . April 6 was chosen as the date because it is the anniversary of the Declaration of Arbroath, the Scottish declaration of independence.
A tartan represents a community, and is an enduring symbol of that is cherished by Canadians of Scottish ancestry. Many Canadian provinces and other countries already celebrate Tartan Day.
Further to that announcement by Heritage , announced that the Maple Leaf Tartan is now the Official Tartan of Canada. “In creating the Maple Leaf Tartan fabric, David Weiser captured the natural phenomena of the Maple leaves turning from summer into autumn. The green is the early colour of the foliage. Gold appears at the turn of autumn. Red shows up at the coming of the first frost. The two tones of brown find their way throughout the leaf creating a  prolific profusion of colour." Its International Tartan Index number is 2034. 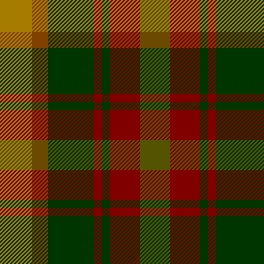 Tartan Day originated in the late 1980s in , where it was declared an official day by the provincial government. It then spread across the country, with many provinces joining in. This marks the first time the Day has been recognized by the federal government. "By officially recognizing this Day, we encourage Canadians all across the country to celebrate the contributions that over four million Canadians of Scottish heritage continue to make to the foundation of our country," said Senator John Wallace.
So, Canadians of Scots descent, wear your tartan today and wear it proudly. Show your true colours. Show off your heritage. 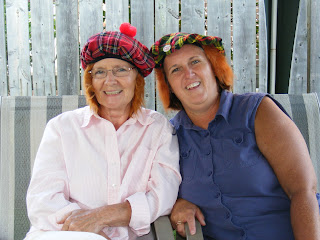 Posted by Christine Woodcock at 04:12